Protect Your Immune System Today!
Home Travel What Dubai looked like before it boomed
Travel 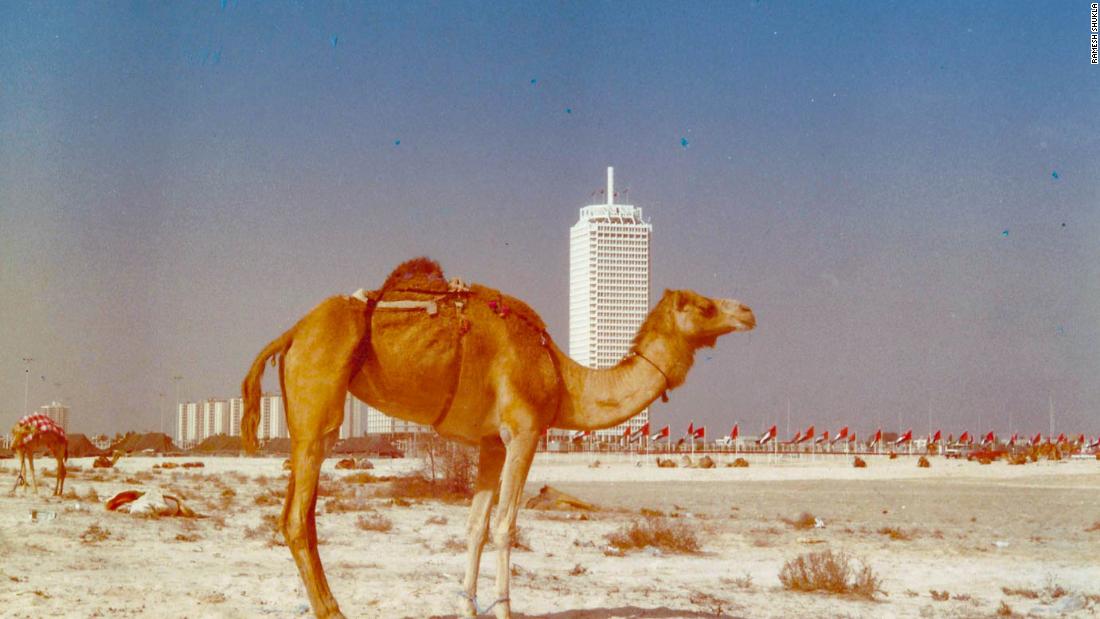 Dubai (CNN) — Dubai is a desert phenomenon. In the space of 50 years, it has grown from a small trading outpost into one of the planet’s most iconic cities.
Epic skyscrapers like the Burj Khalifa and wildly ambitious developments such as The Palm stand as testament to a city in thrall to the new, the fast-paced and the seemingly impossible.

With a long Bedouin history and an allure that pulls in newcomers from all over the globe, there is nowhere else quite like it.

Dubai joined with its neighboring emirates to form the UAE in December 1971. At the time, no one could have foreseen its development. However, the oil found beneath the region meant that unimaginable riches were set to turn what had for centuries been a quiet corner of the Arab world, with a population of just 86,000, into something altogether more modern, a science-fiction take on what a city could be, with almost three million residents.

To get to the heart of how Dubai emerged from the desert to become a global powerhouse, though, it pays to leave the towering buildings and sandy beaches behind. Because its modern history begins not with glass and steel, but the humble wooden dhow.

Dubai’s first skyscraper was the World Trade Center, built in 1979.

Sultan Ahmed bin Sulayem is today one of Dubai’s elite. He first started working as a customs inspector at what was then its sleepy port in the 1970s, before rising to become CEO of DP World, one of the world’s largest port logistics companies.

For him, the rise of Dubai is intrinsically linked with the trading mentality of the Bedouin tribes who have called this place home for centuries and the dhows which still ply the waters around the city. Nowhere is that more in evidence than at the bustling creek where he started working all those years ago.

While oil has played a key role in bringing wealth to Dubai, it’s the traders’ mindset that has helped it thrive, says bin Sulayem.

He points to the hulking traditional wooden dhows that crowd the creek. “They go up from 500 tons to 1,000 tons of cargo. And you can see how many of them, next to each other. They’re going to India, to Iran, to Africa.” It’s these dhows, and the goods that they carry, that have helped lay the foundations for the modern city which stands towering on the horizon, just a 15-minute drive from the creek.

Bin Sulayem’s push to create a freeport in Dubai led to a boom in trade during the 1980s and 1990s. Without it, it’s unlikely the multinational companies, hotel groups and, of course, floods of tourists would have come here, creating something truly unique in their wake. But, he says, it’s the tenacity of the people, and its traditional trading boats, that are at the center of the city’s ongoing success.

“We are desert people, OK. Desert people are tough. I remember when I was young, there was no water. We have to walk miles to get water. It wasn’t easy like today, but we survived. And so how do you survive? Necessity is the mother of invention and everything in Dubai is innovation.”

Dubai’s transformation is rooted in its trading mentality.

Indeed, Innovation is everywhere you look in Dubai. Take the Burj Khalifa. At 828 meters, it has been the world’s tallest building since its completion in 2008. It is the most notable building in a skyline that has shot up since the start of the 21st century and now rivals those of New York and Singapore in both ambition and scale. Architectural experts may debate the seriousness of Dubai’s architecture, but it’s impossible to deny its impressiveness.

As well as the Khalifa, the Twin Emirates Towers and the “Big Ben” lookalike Al Yaqoub, the whole skyline of downtown just stands there and says, “We’re here.” Throw in the artificial Palm Islands, which have become a byword for luxury vacations, and the push to change, to innovate and try new things is undeniable.

Ramesh Shukla has witnessed all of this crazy change first-hand. A photographer, Shukla arrived in Dubai from Mumbai in 1965 with less than a dollar in his pocket.

Photgrapher Ramesh Shulka has documented the city’s changes over the past half a century.

“I arrived with 50 rolls and my camera,” he says. “When I first arrived there was nothing. There were no proper roads, only desert. I felt it was not a modern city. There was no running water and no electricity where I stayed. Nothing. This was real life. Very simple. I began to capture this life.”

Shukla went on to document the birth of this desert metropolis over the following five decades. But perhaps his most famous shot is of the sheikhs from the founding emirates of the UAE on the day the country was formed in December 1971. It’s a picture which documents the start of Dubai’s stratospheric rise and has gone on to be the Spirit of the Union logo, seen all over the UAE.

Shukla is just one of millions who have left their home country to seek their fortune and a new life in Dubai. More than 200 nationalities call the city home, each one drawn by the prospect of success. As the past 50 years has shown, Dubai is as much a lifestyle as it is a city, one where an emphasis on bigger, bolder and brasher is lauded.

Go beyond Dubai’s glitz to find the spirit that drives this city.

This love of the big and the bold is illustrated perfectly back at the creek, where the traditions of the past are being put to work in service of the city’s obsession with breaking world records.

Danny Hickson, an official adjudicator from Guinness World Records, has come to the port to assess yet another world record attempt being made in the Emirate, this time for the world’s largest dhow. No matter that it’s a record that no one else seems too worried about trying to achieve, this urge to be number one is all part of Dubai’s quest to be a city of superlatives. The biggest. The fastest. The tallest. The newest.

“We have about 423 records held in the UAE in total. Sixty percent of that is Dubai. It’s a huge number,” explains Hickson after confirming that the dhow, all 91.47 meters of it, is in fact the new world record -older. Longer than an American football field, the dhow, called Obaid, is just the latest in a long line of Dubai record-breakers.

The Burj Khalifa is the world’s tallest building.

As well as the hulking Obaid, there’s Dubai Mall, at 12 million square feet the largest indoor shopping mall in the world.

And in the shadow of the Burj Khalifa, itself a record-breaker, there’s Dubai Fountain, the largest choreographed fountain system in the world, spread across the 30-acre man-made Burj Khalifa Lake.

The Red Line of the Dubai Metro is the longest single driverless train line on the planet, at 52.14 kilometers (32.4 miles). It shows that records can be practical as well as being a bit of fun.

From wandering deserts to exploring the heavens, the Gulf emirate has seen it all in just 50 years.

The race for space

It’s in this spirit of always trying to be the best that Dubai is taking its next step. All the way into outer space. In 2020, it launched Hope, a space probe destined to orbit Mars.

The spacecraft was designed, developed and built at the Mohammed Bin Rashid Space Center, where Salem Al Marri heads up the UAE Space Program’s astronaut program. Not content with sending an orbiter to the red planet, Dubai has developed a strong focus on sending its best and brightest into space too.

“I mean, if you look at what we’re doing here, we’re providing an excellent opportunity for our young people,” he says. “They are part of exploring outer space, they’re part of going to Mars, sending humans to the International Space Station. I mean, what is more exciting than that?”

Hazzaa Al Mansoori became the first Emirati to go into space, arriving at the International Space Station in September 2019. More than 4,000 Emiratis applied to be part of the mission.

Al Marri says that the astronaut program and the launch of Hope are both part of an ongoing story.

“Our ancestors, they’re explorers in their heart,” he says. “A lot of the stars have Arabic names. Arabs, Muslim explorers, are always looking towards the sky to the stars. Definitely there’s a path from what our ancestors have done, whether it’s a thousand or a hundred years ago, to where we’re going today. And I think that exploration part is definitely in our DNA.”

This search for the next big thing is everywhere you look in Dubai. It’s what drives its people and those that come to build a life here, in what was once a quiet part of the desert. The space program is a modern adaptation of Dubai’s mantra, “If we build it, they will come.” Now it’s, “If we build it, we will go.”

This vacation hotspot is offering vaccinations to visitors

(CNN) — It was one of the first countries to fully reopen to travelers, and now Maldives is striving to be ahead of...
Read more
Travel

The postcard that came home after 60 years

(CNN) — It was 2003, and Leora Krygier was rummaging around a thrift store near her home in Los Angeles.Krygier wasn't looking for...
Read more
Travel

They met at an airport and fell in love