‘We cannot go back to normal’: Boston’s new mayor sees a mandate for racial equity in post-Covid era 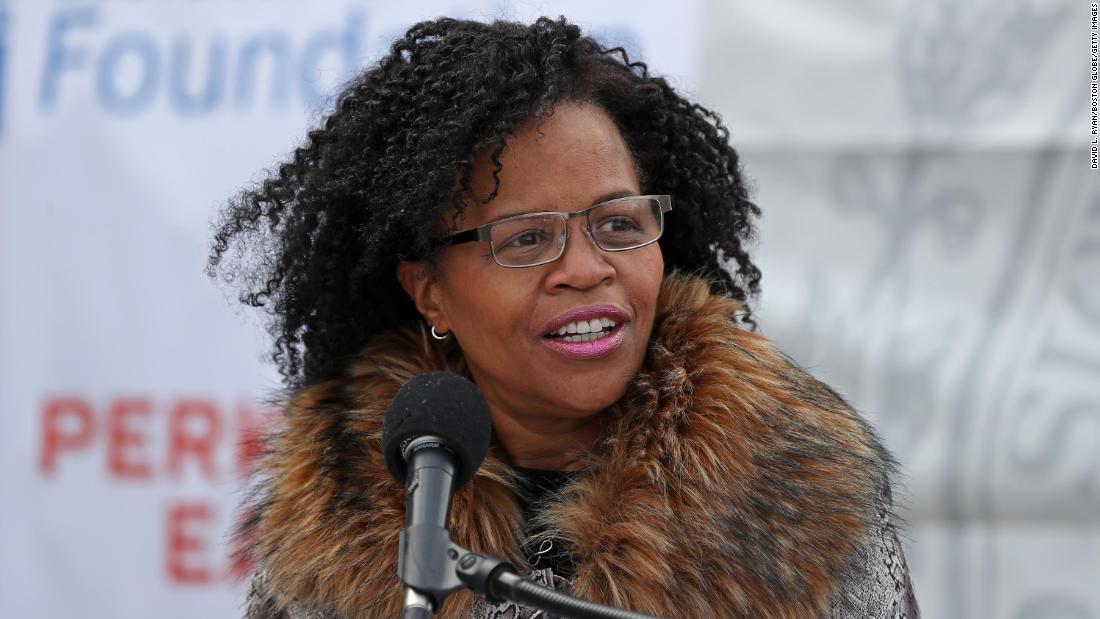 Janey’s ascension to the role leading one of America’s oldest cities seems the result of a series of fortuitous events. She was first elected to her city council seat in 2017 but went on to become City Council president. She is now acting Boston mayor because President Joe Biden tapped Marty Walsh to serve in his administration.

But it comes at a time when the nation is grappling more directly with race and equity issues than it has in decades. And this shift could finally usher in a new era for this city — which is already majority-minority — that appears poised to be led by someone who reflects its increasing diverse population.

“To think that we would have a Black mayor in my lifetime, even though we’ve had a Black president, still kind of felt out of reach,” Janey said in a CNN interview. “That we have one and that it’s actually me is kind of mind blowing.

“You know, and then there’s the added responsibility and burden of being the first, you know, first woman, first Black mayor for our city. And I don’t take that responsibility lightly,” she added.

This week, Janey announced she would seek a full term as mayor. She joins the ranks of major candidates for the office, all of whom are women or people of color.

“I think there is certainly a call for racial equity and making sure that we are leading with that lens,” Janey said.

Racial equity has already been front and center for Janey in the weeks that she has led the city. That’s in part because her own history with this city is intertwined with its complex reputation when it comes to race. SNL cast member Michael Che once jokingly — or maybe not, as he refused to apologize — referred to Boston as “the most racist city I’ve ever been to.”

Asked if Boston deserved its reputation as a racist city, Janey said she is focused on moving the city forward.

“I want to focus more on the reality here. I know there is a perception and a reputation that Boston has, but I think what is important is that the reality and the opportunities that we create for residents here is one that is focused on equity, on justice, on love and ensuring that there is shared prosperity in our city and shared opportunities,” Janey said. “It’s not to say that we’ve solved everything when it comes to racism, but I think we have come a long way.”

The Janey family is a prominent one in Boston. Her father, Clifford Janey, was a teacher in Boston Public Schools before becoming an administrator and later serving as superintendent of Rochester, Newark and Washington, DC, schools.

Clifford Janey stood out, wearing daishikis in the classroom and serving as a rare role model for young Black children he taught, his daughter said.

His first day teaching in Boston schools was also the first day of the first wave of busing in the city, a controversial initiative aimed at integrating the city’s racially segregated schools.

As a 11-year-old middle schooler, his daughter Kim Janey was in the second wave of busing.

“That was a very difficult time,” Janey said. “It was traumatic and painful experience for many of the children and families.”

“It was scary,” she added. “I think about my own grandchildren. And when they were 11, if they had to experience such a scary time in their lives in terms of the angry mobs of people who didn’t want these school buses rolling in and would express themselves by throwing rocks or sticks or bottles or racial slurs.”

She was bused from her grandmother’s home in the South End where she lived with her mother to Edwards Middle School in Charlestown, which her parents opposed. A once engaged, successful elementary school student, she struggled in middle school after the experience.

“Certainly, my grades fell,” Janey said. “You know, less certain about who you are. And part of that is middle school. But when you have all of this chaos around you, it is harder to figure out.

Black girls in Massachusetts as a whole are suspended at nearly 4 times the rates of White girls, according to a report released last fall. And the Boston Public School District stopped suspending kindergartners, first- and second-graders in 2018, following a settlement with three students of color.

And a recent study found that while the median net worth of White families in the Boston area was $247,000, it was just $8 for Black families.

It is these wrongs, and others, that Janey hopes to correct as mayor.

Janey recently announced a program aimed at supporting businesses owned by women and people of color who compete with city contracts.

The city also launched a tourism ad campaign, which was commissioned by Walsh when he was mayor, that highlights the diversity of the city’s business community as it moves toward reopening.

Janey says that the Covid-19 pandemic is a golden opportunity to reshape the city in a more inclusive mold.

She told CNN that she expects that all public school students will have an opportunity to return back to the classroom in person by this month. Already, Boston Public Schools have announced plans to bring back kindergarten to 8th grade students by the end of the month. A concrete plan to bring back older students has not been announced publicly.

“This April, all children have the opportunity to come back,” Janey said. “And certainly by fall, you know, we think we hope that we will be in a much better position in terms of Covid.

“But we have much more work to do in terms of closing those opportunity and achievement gaps that existed before Covid. And, and to make sure that we are making up for the learning loss due to Covid,” she added.

In recent years, seven major American cities have come to be led by Black women, including Janey. Soon in St. Louis, Tishaura Jones will join their ranks as well as the first black woman of that city.

“They’re voting for more people of color, to lead cities and towns and in states in our nation. So it is it’s really exciting,” Janey said. “I say all the time, that while I bring my black girl magic to this job that I know, to change policies that were centuries in the making will take hard work.”