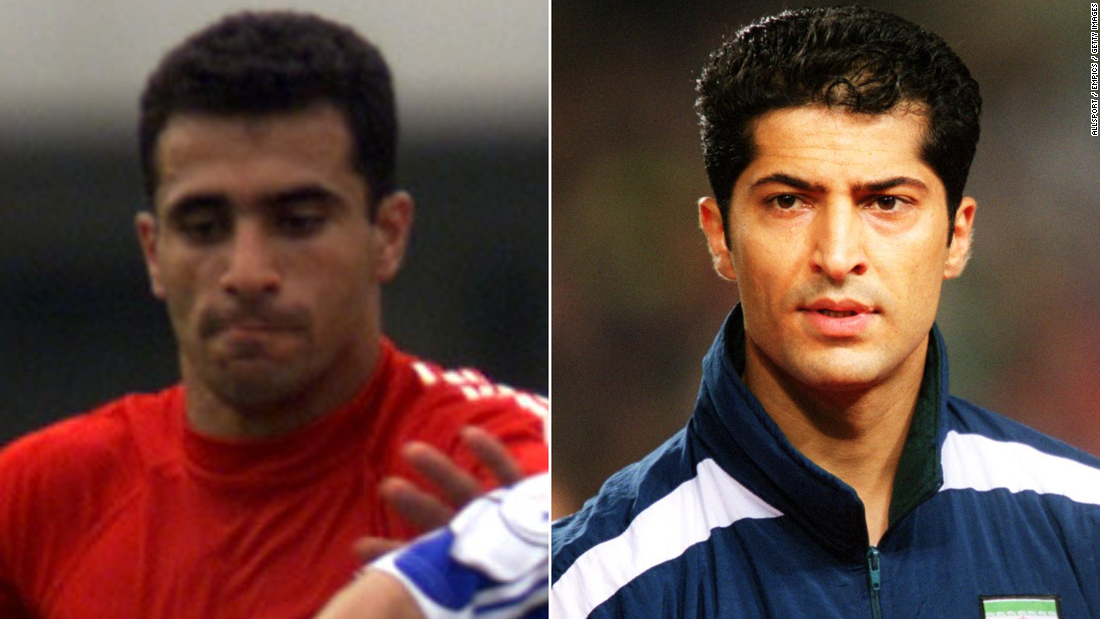 Mehrdad Minavand, 45, and Ali Ansarian, 43, played professionally in Iran’s Pro League for Persepolis Football Club and were cherished by fans across the country.

The former teammates are believed to have contracted the coronavirus when they co-hosted an online television special on the derby match between Persepolis FC and Esteghlal FC, according to Iran’s state news agency, IRNA.

“As you may have heard in the news in recent days, Mehrdad Minavand has fallen ill with coronavirus,” a spokesperson explained in a video posted to the former footballer’s official Instagram page on January 21.

“He is in critical condition and his doctor tells us that its [sic] because he came to the hospital too late,” the spokesperson said.

Health officials at Laleh Hospital in Tehran announced the footballer’s death the night of January 27, about a week after he was first admitted to the hospital.

“Minavand’s condition was promising until 6pm, his oxygen level was over 90% and his kidney function and blood pressure were stable, but then suddenly his condition worsened,” Laleh Hospital ICU Director Dr. Amir Hossein Lotfi told Iran’s semi-official news agency ISNA.

“I have been waiting and planning for this day for nearly three years. I thank god for making this day happen,” Minavand wrote.

Reflecting on his recent nuptials during the online special, Minavand told Ansarian, “I truly want two children and I hope one of them is a girl.”

Minavand helped lead Iran to a 2-1 victory over the US in a politically charged 1998 World Cup match played in Lyon, France.

“I would like to express my sincere condolences over the passing of the former Iranian national football player Mehrdad Minavand,” FIFA President Gianni Infantino said in a statement.

“Words seem inadequate to describe this sorrow. Minavand’s legacy and achievement, especially his personality, popularity, and humanity, will never be forgotten.”

As Iranians mourned Minavand’s death, their thoughts turned to Ansarian and held out hope that the younger footballer — who IRNA reports was hospitalized on January 21 for Covid-19 symptoms — would recover.

The 43-year-old footballer-turned-actor most recently hosted a popular online football television program and starred in several Iranian movies and TV series since hanging up his boots nearly a decade ago, according to semi-official news agency ISNA.

He was the rare footballer who played for rival clubs Esteghlal FC and Persepolis FC but was still loved by fans across the board.

Some fans gathered outside of Farhikhtegan hospital in Tehran where Ansarian was when he died from Covid-19.

Others shared their bewilderment at his death at such a young age. “With your death, I learned that no prayers are answered,” Iranian fashion designer Mehrdad Khanali wrote in an Instagram post.

Adored by Iranians for his infectious laugh and light-hearted spirit, Ansarian was best known for how much he loved his mother.

Minavand asked Ansarian during the special whether he was holding off getting married because he didn’t want to leave his widowed mother alone. “This may be one of the reasons,” Ansarian responded, “but she truly is my closest friend.”