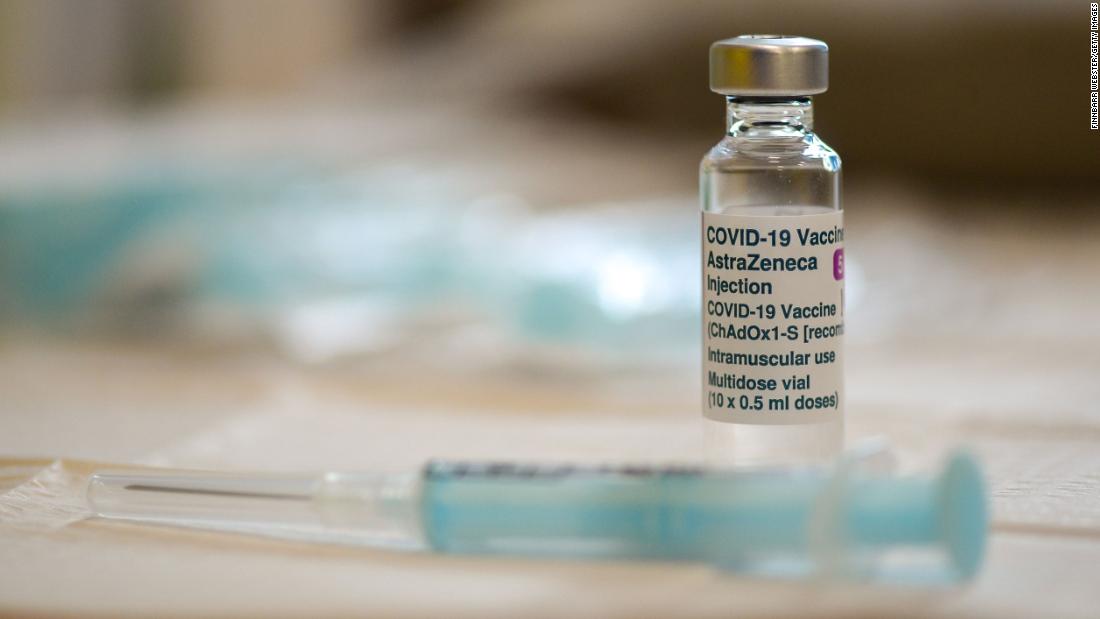 “The DSMB expressed concern that AstraZeneca may have included outdated information from that trial, which may have provided an incomplete view of the efficacy data,” said the NIAID statement released early Tuesday.

“We urge the company to work with the DSMB to review the efficacy data and ensure the most accurate, up-to-date efficacy data be made public as quickly as possible.”

On Monday, AstraZeneca had issued a press release saying its Covid-19 vaccine showed 79% efficacy against symptomatic disease and 100% efficacy against severe disease and hospitalization, citing long-awaited US trial data. The latter figure was based on five total cases of severe disease or hospitalization in people who received the placebo, NIAID Director Dr. Anthony Fauci said during a coronavirus briefing Monday.

In a statement Tuesday, AstraZeneca said the numbers shared Monday were based on a pre-specified interim analysis with a data cutoff of February 17. It said it has reviewed an early assessment of its primary analysis, and those results were consistent with the interim analysis.

The DSMB is an independent expert group that sees trial data before the pharmaceutical companies, the doctors running the trials, or even the US Food and Drug Administration. It has the power advise a company of positive interim findings, or to halt a trial over safety concerns. That’s what happened to the AstraZeneca trial in September after a study participant developed neurological symptoms, for example.

Last year, the National Institutes of Health appointed a common DSMB to monitor Covid-19 vaccine clinical trials that were being funded by the federal government — including AstraZeneca, Moderna and Johnson & Johnson. This DSMB has 10 to 15 members with specialties including vaccine development, statistics and ethics.

Fauci said on Good Morning America on Tuesday that when the DSMB saw AstraZeneca’s press release, “they got concerned and wrote a rather harsh note to them — and with a copy to me — saying that in fact they felt that the data that was in the press release were somewhat outdated and might in fact be misleading a bit, and wanted them to straighten it out.”

The press release from AstraZeneca was “an unforced error” that may create doubt about what “is very likely a very good vaccine,” Fauci said. The data are “really quite good, but when they put it into the press release, it wasn’t completely accurate.”

The fact that the DSMB picked up on the discrepancy was an example of a safeguard around vaccines, Fauci said.

But having seen the monitoring board’s letter, “we could not just let it go unanswered.”

“We just felt we could not remain silent,” Fauci told STAT on Tuesday. “Because if we did remain silent, we could be understandably accused of covering something up. And we definitely didn’t want to be in that position.”

DSMBs sometimes disagree with investigators over the interpretation of trial results, Stephen Evans, a professor of pharmacoepidemiology at the London School of Hygiene & Tropical Medicine, said in a statement to the Science Media Centre in the UK. But that’s usually done in private, he said, “so this is unprecedented in my opinion.”

“I can barely understand the dispute or why they would make it so public,” Hotez said. “My concern is that this will further erode public confidence in the AZOX vaccine, especially for low and middle income countries. And we don’t have many options for Africa and Latin America at this point.”

This is not the first time AstraZeneca has faced questions about its Covid-19 vaccine. In November, it was revealed that a mistake was made in the trial and some participants received the wrong dose.

More recently, a number of European countries including Norway, France and Denmark temporarily suspended their AstraZeneca vaccine rollouts due to reports of blood clotting in patients.

An emergency investigation by the European Medicines Agency concluded the benefits of the vaccine outweigh the risks, saying the vaccine is “safe and effective” in preventing coronavirus and “not associated with an increase in the overall risk of thromboembolic events, or blood clots.”

There’s no indication the DSMB concerns noted in the NIAID statement were linked to safety issues with the AstraZeneca vaccine.

AstraZeneca says it plans to apply for emergency use authorization from the US Food and Drug Administration in early April. At that time, its vaccine data will go through a rigorous review and evaluation process.

On Tuesday, White House senior adviser for Covid response Andy Slavitt attempted assure the public that any vaccine that’s authorized will be safe and effective.

“We’re talking about now a fourth vaccine that’s not yet approved by the FDA. And the reason we have an FDA process is exactly so that we don’t have to wonder about data. We don’t have to take a company’s word for it, with all respect to the companies,” Slavitt said during an interview on CNN Tuesday.

“The public should rest assured that nothing will get approved unless the FDA does a thorough analysis of this data, and when it does that thorough analysis, it will render a judgment on both what the data says, or what it’s saying, and also whether or not it will be approved.”