Traumatizing details of George Floyd’s death were shown at trial. Experts weigh in on who should — and shouldn’t — see them 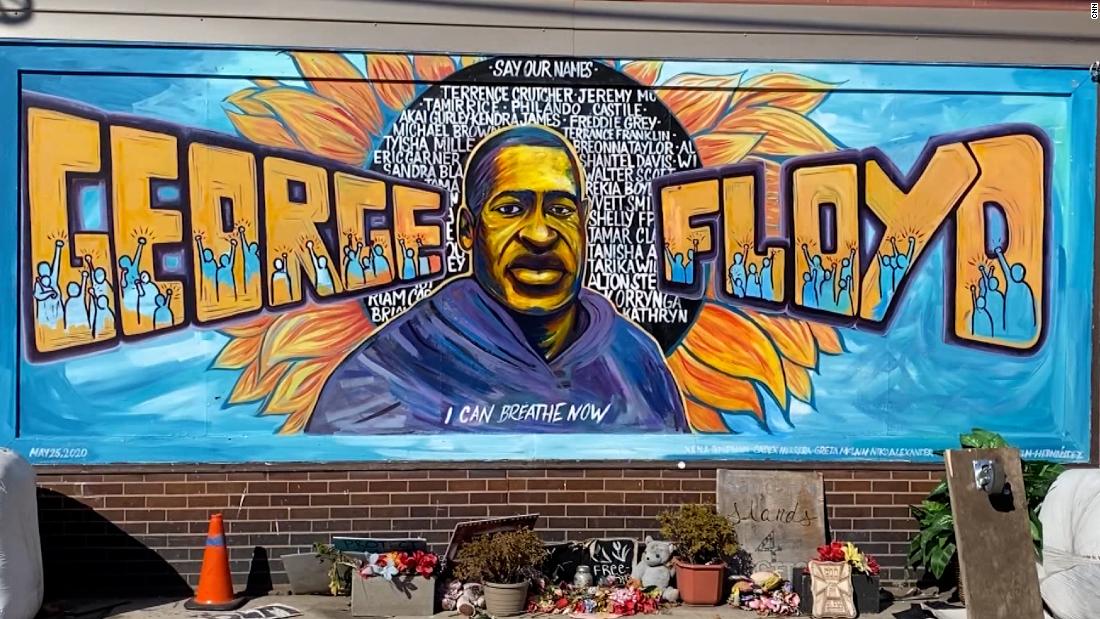 They were among the officers responding to a call accusing Floyd of using a fake $20 bill at convenience store.

The footage shows two perspectives of the events before and after the nine minutes and 29 seconds Chauvin and two other officers knelt on Floyd’s neck and body.

Lane’s bodycam is up-close and personal, capturing Floyd’s fear and increasing panic as he struggles with officers trying to put him into a police car: “Don’t do this to me,” he pleaded repeatedly. “I’m claustrophobic!”

Agonizingly clear are Floyd’s struggles to breathe and cries for his mother as Chauvin continues to kneel on Floyd’s neck.

Thao’s bodycam shows the panicked reactions of a growing crowd at the corner of 38th Street and Chicago Avenue as they plead with officers to stop.

“Does he have a pulse?” yelled off-duty firefighter and certified EMT Genevieve Hansen when the officers refuse to let her examine Floyd. “Tell me what his pulse is right now!”

If you and your loved ones haven’t already, should you watch these traumatizing videos and follow the trial as it unfolds? What role might your race, ethnicity or prior experience with trauma play in your decision? If you have viewed them and are struggling with emotions, what can you do to help yourself and those you care about?

CNN reached out to four trauma experts for their opinions: psychology professor Janet Helms, the director of the Institute for the Study and Promotion of Race and Culture at Boston College; Dr. Cheryl Singleton Al-Mateen, a professor of psychiatry and pediatrics at Virginia Commonwealth University and medical director at the Virginia Treatment Center for Children; and clinical psychologists Michele Cosby and Leslie Kimball, who are both assistant professors of psychiatry at the Virginia Treatment Center for Children.

Here are their thoughts, edited lightly for clarity.

Leslie Kimball: For adults who have had similar traumatic experiences, I think it’s advisable not to watch the video or trial without some opportunity to get support or to talk with someone else about it — isolation is dangerous.

But everyone may be deeply disturbed by these videos — that’s our humanity, our empathy — and that’s a wonderful thing. It’s also an awful thing that we are able to put ourselves in his shoes and feel his terror and helplessness. It was clear he knew what was happening and what was about to happen. It’s secondary trauma — we are witnessing someone else’s trauma, and so we experience a form of trauma.

Be aware if you experience intrusive memories, or even flashbacks. And if you notice that starts to interfere with your daily activities — your sleep, your appetite, and certainly if you start having any unsafe thoughts about death or dying or hurting yourself — the first step is to talk with someone you trust, such as a mental health professional.

When it comes to children, parents need to be careful. We can’t protect children entirely from these realities, but we want their exposure to be developmentally appropriate. No, we would not want young children to watch these tapes, but we may want to have a conversation with them about what they may be hearing. For older children, maybe they watch a news story about it, but if an entire tape is being played, say “Hey, let’s not watch this part.”

Janet Helms: I think White people have a duty to watch the videos, because if you don’t watch as a White person, then you never know these things are happening in your name. So I think you have a duty to watch, to bear witness, to say, “This is not who I am; it’s not who you are.”

In retraumatization, whatever symptoms were experienced the first time, are going to be aggravated a second time, and perhaps more strenuously than the first time. It’s racial PTSD, and my team has resources and a tool kit people can use at #racialtraumaisreal.

I also think even people of color did not expect to see what happened to Mr. Floyd.

Although people of color, particularly Black and Indigenous people, grow up knowing that they are likely to be victims of police violence, we don’t typically see (police) spend such a prolonged amount of time killing a person.

Watching them drain a person’s life is particularly traumatic and not being able to help or prevent that yourself adds additional trauma to the situation.

Now there’s multiple trauma, reoccurring trauma, and also the knowledge that in these situations, no matter how many people are there, Black people are essentially helpless to prevent violence against one of their own.

What I often recommend to Black people is that they recognize that they’ve been traumatized, and that they need to take care of themselves by not watching those videos over and over again, if they can avoid it.

They can choose not to be a witness to this particular incident, to try to keep it out of their minds because it’s more traumatizing to them.

I say to them, “It’s okay to get help. You don’t have to be strong in this situation. This is an inhuman situation, so seek therapy to help you get over your symptoms.” It’s really important that if they talk, they are with people who can understand the trauma, their feelings of anger and guilt — and not with someone who’s going to discard it.

Dr. Cheryl Singleton Al-Mateen: Understanding some of the issues related to structural racism in America is a process. People have to appreciate that it’s there, and then understand more and more about how it impacts others as well as themselves.

If someone is really saying “Well, what’s the big deal. I don’t know why should I care,” then maybe they should watch. And if somebody feels it’s part of their journey in that process to see this, then OK. But if somebody feels like “No, I don’t want to see it because it’s going to be painful for me,” then I’d say OK with that as well.

And if someone’s curious because they want to know about it, then “Fair warning, this could be traumatic for you to watch.” But it may be something that’s necessary for some people to see to understand what is happening.

It should not be necessary for someone to watch something that’s traumatizing, because you don’t know what their personal history of trauma is. What is a necessity is to listen, understand and believe.

Michele Cosby: I would encourage any person of color to take emotional inventory of what they can handle. For me as a trauma therapist, I know I dare not watch something that is triggering for me in the middle of my workday when I may not be emotionally resourced to handle it.

I encourage Black people to seek their own support. That could be structured or professional therapy. It can also be seeking out your spiritual leader or talking to loved ones who are seeing and experiencing very similar things.

It’s vicarious trauma. By hearing stories or witnessing and feeling the pain and the fear and the terror, it’s as if you are going through the trauma yourself, because you’re bearing witness to how that was for someone else. And especially for people of color watching, it also triggers their own life experiences, dealing with generations of racial trauma.

As a Black woman, I think what is often triggering is that it makes you think of your son, your uncle, your grandfather — all those people in your life that might encounter that situation.

There isn’t a way to avoid it completely, but I think part of this is taking inventory of emotions, recognizing what your emotions are. So if I have no emotion, if I’m numb, if my life experiences I associate with this leave me hopeless — that’s something I probably need to deal with. If I’m triggered with anger or guilt or desperation, then I need to figure out how to channel that for my own healing.

As a collective, this is not new for us, so having that shared experience can be helpful if it’s being channeled in a way that doesn’t cause you to self-destruct. Because it can easily trigger sadness, depression. Anxiety and fear are based out of not having control, and what those videos show is feeling out of control.

Though the former President offered his support of President Joe Biden's plans to bring home American troops, he urged his successor to draw...
Read more
U.S

"I have been on administrative leave for nearly three months without any explanation or updates, and there is no sign that NSA will...
Read more
U.S