This Startup Grows Real Steak From Beef Cells in a Lab 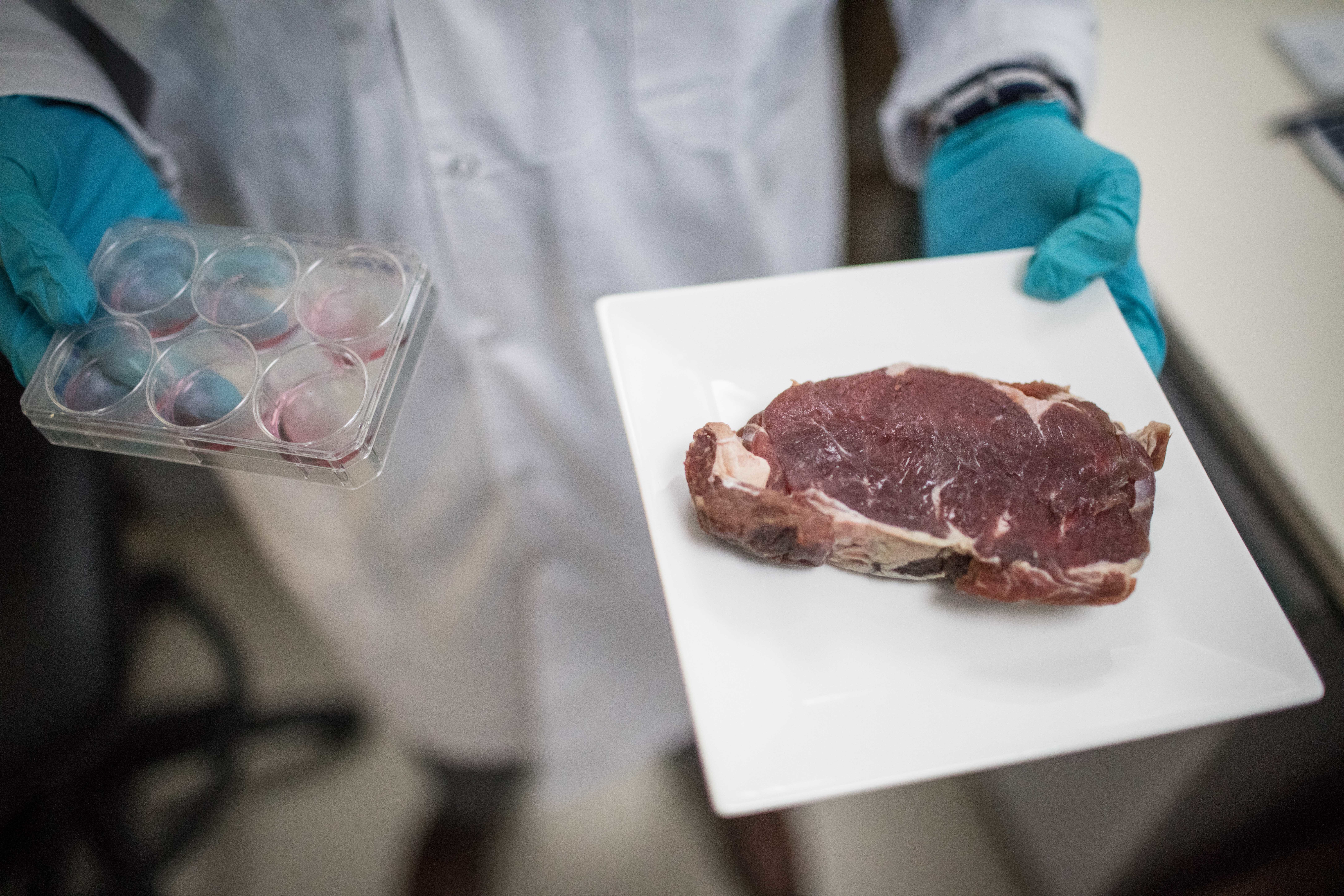 Startup founder Didier Toubia holds a petri dish and a plate with a steak in his hands. Ilia Yechimovich/picture alliance via Getty Images

The meat industry is facing unprecedented disruption, and not only from the red hot market for fake meat. There’s also the growing trend of also real meat grown in “biofarms,” or laboratories using advanced stem cell tech to generate edible animal parts without having to raise the actual animal.

Israeli startup Aleph Farms is one of the trailblazers of this meaty innovation. Inspired by the underlying tech of regenerative medicine, the company uses a 3D tissue engineering platform to grow meat cuts from cow cells. The end product is biologically identical to what you’ll get from a butcher’s shop or supermarket. “Instead of raising an animal for two to four years and eating only 40 percent of it in the end, we can directly cultivate a steak in three to four weeks with a fraction of resources,” said Aleph Farms cofounder and CEO Didier Toubia.

Earlier this month, Observer spoke with Toubia about the various benefits of cultivated meat, how it’s fundamentally different than vegan meat alternatives, and how far it is from appearing on the menu of Michelin star restaurants.

Can you briefly walk me through the core technology behind your meat-growing process? How did the idea come along?

The development of our “biofarm” relies on two decades of research in regenerative medicine. We started the company as a project out of The Technion–Israel Institute of Technology. We worked with professor Shulamit Levenberg, who’s a leading figure in this area. What she’s been working on in the past 20 years is growing pieces of human organs outside of a person’s body for medical purposes.

We are trying to apply the same concept and expertise she has accumulated over this very long time of research to growing muscle tissues from a cow, or bovine cells. We take stem cells from a cow and grow them in a controlled environment that mimics the conditions inside the animal’s body, including temperature, PH level, CO2  pressure and so on. The “biofarm” is kind of an extension of the animal.

I see this approach a little bit as a new form of domestication, but only on the muscle tissue level, the edible parts of an animal.

So theoretically, this method can be used to produce any type of meat.

In principle, yes. What’s great about this approach is that we can control the process—for example, incorporating more (or less) fat or making the muscle fiber thicker or thinner.

Actually, I don’t see cultivated meat as a replacement for conventional meat, but rather as a new category of meat product. We believe that, in 10 or 15 years, we’ll have different categories of meat, just like wines.

What inspired you to apply this tech in food production? Why is it groundbreaking for the industry?

I think there are two reasons. First, today the food industry accounts for 26 percent of global greenhouse gas emissions. And within that 26 percent, livestock is responsible for 15 percent (according to the Food and Agriculture Organization). So, if we want to reach our climate change goals of slowing down the rise of temperature and the loss of arable land, we need to change our food system.

It’s a lot like the great horse manure crisis at the end of the 19th century, when we had to innovate the transportation system to suit a growing urban population. The agriculture system that was suitable for 1.6 billion people in 1900 is not enough to feed the 7.8 billion people we have today. So we have to invent new practice to produce food.

In our case, instead of raising an animal for two to four years and eating only 40 percent of it in the end, we can directly cultivate a steak in three to four weeks with a fraction of resources.

The second reason is public health. About 700,000 people die every year from resistance to antibiotics. The massive use of antibiotics in concentrated animal farming operations is one of the primary drivers for that. The World Health Organization actually considers antimicrobial resistance one of the two major threats to human species moving forward.

We can help solve this problem, because our meat is grown in a closed system without any risk of external contamination. Virtually all viruses found in humans originate from animals. Even flus come from animals. And COVID-19. With the intensification of animal farming, we see a higher frequency of viruses transmitting from animals to humans. And we have to stop that. 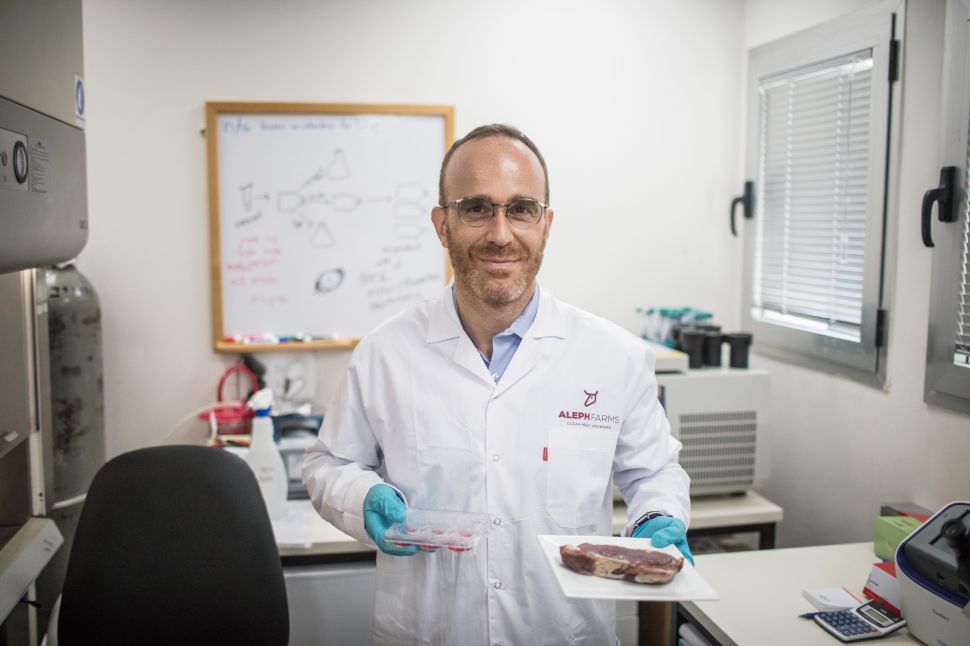 Didier Toubia wants to have the first Aleph Farms product on the market in three years. Ilia Yechimovich/picture alliance via Getty Images

That sounds scary. I understand that Aleph Farms is still in the early stage of getting cultivated meat to the market. When fully commercialized, how do you think biofarming will disrupt traditional meat production?

In the long term, I believe cultivated meat will replace industrial farming, which represents 70 percent of global meat production today. We are not here to replace small-scale, family-owned farming practices, though.

How about cost and pricing? Will cultivated meat eventually be cheaper than natural meat?

Yes, in the long term when we’ve reached economy of scale, because we use fewer resources. In the short term, cultivated meat will be more expensive than conventional meat, not by a huge magnitude, though—it will not be 10 times more expensive; it will be twice the price, possibly.

I believe we’ll be able to reach cost parity in five years—which is quicker than many new plant-based products, such as Impossible Foods, for example.

On that note, do you see plant-based meat as a competitor?

I believe there is room in the market for both approaches. They are targeting different segments of the population. We have a completely different philosophy than Impossible Foods or Beyond Meat. We are not an alternative meat company. We make real meat made from an alternative production process.

Last year, you said Aleph Farms was in talks with several restaurant chains about introducing your product to the menu? What’s the latest on those deals? Have you found any restaurant partners?

We’ve been in talks with chefs in different parts of the world, including Michelin star chefs in Europe, the U.S. and Asia. So we are definitely working with them.

At the end of the day, for a new meat-growing approach to be successful, it’s not enough to just produce proteins more efficiently. Meat is a very emotional product in almost any culture. So in order for us to be successful, we need to reproduce what meat really is by connecting to local food culture in different markets. That’s why it’s very important for us to work with chefs who know how to connect with consumers. They can help us refine the experience of our product. 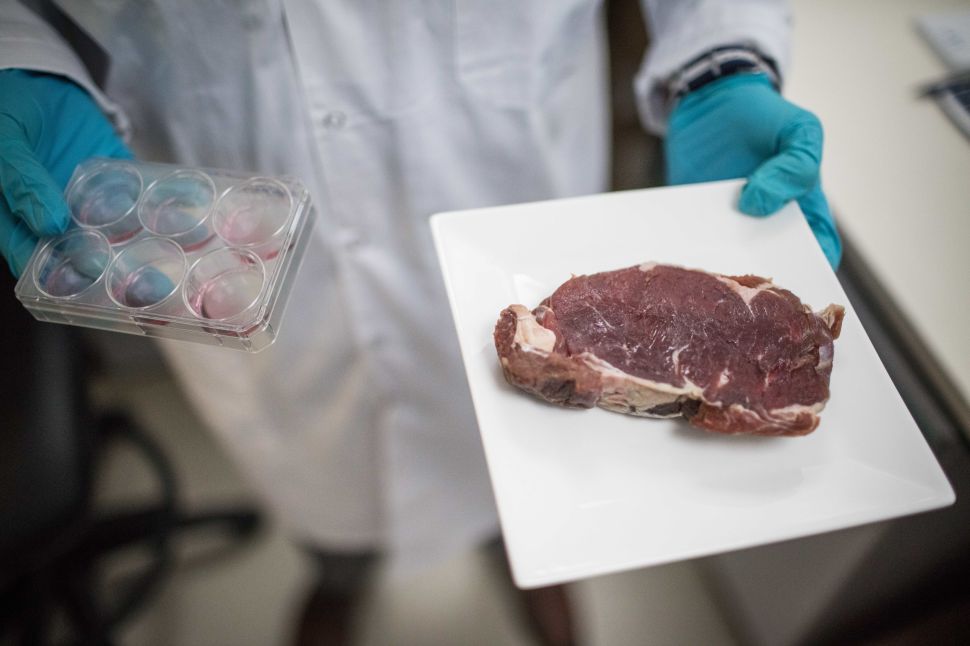 What’s Most Exciting With iOS 15, macOS Monterey? We Discuss