Thierry Henry quits social media, hoping to inspire others to stand up to online abuse 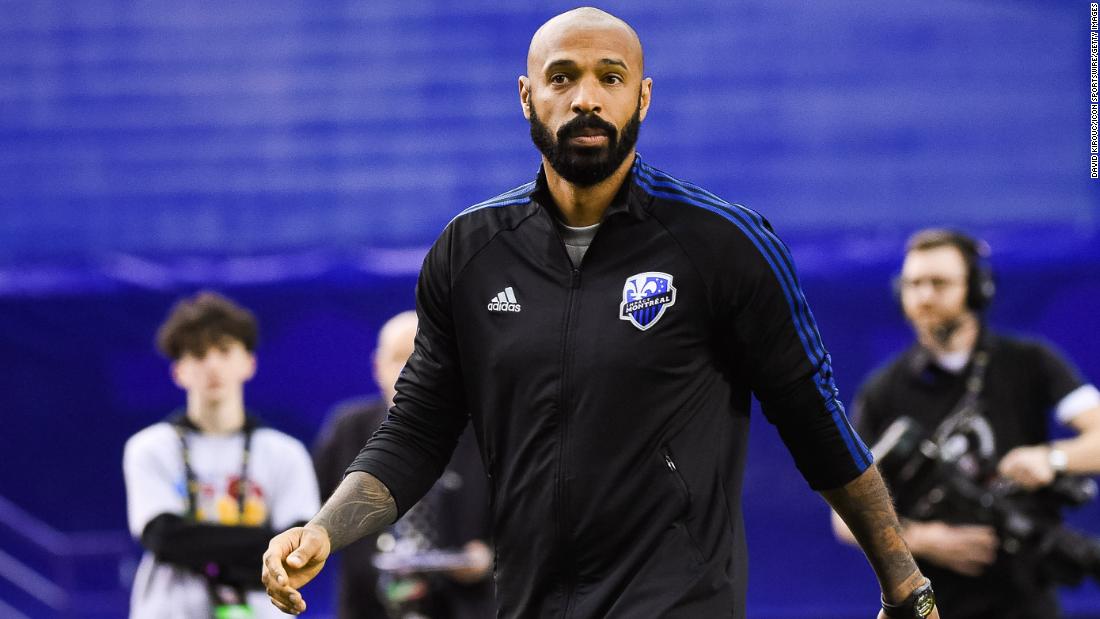 In April 2019, professional footballers in England and Wales boycotted social media for 24 hours, but Henry is arguably the most prominent name within the sport to implement a longer-term boycott.

Henry, who has 2.3 million followers on Twitter, told CNN’s Darren Lewis that although social media has many benefits, some users deployed their posts in a much more sinister way.

“It’s not a safe place and it’s not a safe environment,” Henry told CNN Sport. “I wanted to take a stand on saying that it is an important tool that unfortunately some people turn into a weapon because they can hide behind a fake account.”

He added: “I’m not saying it’s not good to have social media, I’m just trying to say that it has to be a safe place.”

“Basically, I did what I felt and I hope it can inspire people to do the same thing if they feel the same way.”

READ: Rangers boss calls for action after his player accuses opponent of racism

Henry, 43, says he took inspiration from former athletes, such as boxer Muhammad Ali, who was outspoken about social issues and topics such as the Vietnam War.

“Muhammad Ali didn’t want to go to war, he didn’t wait to see if everyone was with him, it’s what he felt,” Henry said.

“Please understand that I’m nowhere near that caliber […] but I said to myself: ‘Thierry, that’s how you feel, you feel strongly about it.’ That’s what I’m going to do. To show that, obviously, I’m not happy with how things are going on social media.”

Henry, who recently stepped down as head coach of CF Montreal, says racism in soccer had been an issue throughout his career and has previously spoken about the abuse he received as a player.

“Things are a tiny bit better in the stadium but now the problem has moved on social media, where people can hide,” he added.

“You can always say: ‘Oh, it’s difficult to trace who it is.’ You close that account, they can open another one. So you only move the problem.

“That problem has been going on for a long time and this is not an attack on anyone. It’s about making the place safer.”

Whilst speaking about the abuse both he and other Black public figures have received online, Henry is conscious that the problem of online harassment affects everyone.

He says he worries about his young daughter being on social media and wants platforms to treat online abuse with the same “vigour” that they tackle copyright issues.

“When you see a comment on social media, although you had one million that were good, you’re going to concentrate on the bad one because that’s the one that’s going to hurt,” he said, noting the toxic effect such messages can have on someone’s mental health.

“Sometimes you try to figure it out. What shall I do? Who am I? Is what they’re saying, is it right? Is it true? Am I like this? Just imagine a kid going through those questions that I can hardly sometimes deal with.”

‘I want to see action’

Last year, Facebook and Instagram announced they would set up a team to fight racism and other forms of discrimination on their platforms and assess racial bias in their algorithms.

In a statement on Friday, a Facebook company spokesperson said: “We don’t want discriminatory abuse on Instagram and we remove it when we find it.

“Between October and December last year we took action on 6.6 million pieces of hate speech content on Instagram, 95% of which we found before anyone reported it to us.

“We recently announced that we’ll take tougher action when we become aware of people breaking our rules in DMs and we have built tools to help people protect themselves.

“We’ll continue this work, and know these problems are bigger than us, so are working with others to collectively drive societal change through action and education.”

When asked what it was doing to prevent racist abuse on its platform, Twitter directed CNN to its recent statement which highlighted some of the measures it implemented.

“Alongside our partners in football, we condemn racism in all its forms,” it read in part.

“Racist behaviour, abuse and harassment have absolutely no place on our service. At Twitter, protecting the health of the public conversation is essential to us, and this means making sure Twitter is a safe place to express yourself and follow the conversation about football, without fear of abuse or intimidation.”

Since the death of George Floyd last year, soccer’s governing bodies have launched racism awareness campaigns and, for example, teams take the knee ahead of every English Premier League match.

Despite this, there have been widespread calls for those in power, both on social media platforms and in soccer, to do more in preventing and punishing racist messages.

Having spent much of his career experiencing these problems, and being aware it was an issue for the generations before him, Henry says it’s time to see actual change.

“Talking is obviously not working so much. There is a lot of awareness, a lot of campaigns but it’s still happening so now I want to see the people in charge, the big guns, come out and explain.

Earlier on Friday, Britain’s Culture Secretary Oliver Dowden in a tweeted reply to Henry said: “no one should have to switch off social media because of abuse.”

Dowden added: “Social media firms must do more to tackle this and we are introducing new laws to hold platforms to account. This is complex and we must get it right, but I’m absolutely determined to tackle racist abuse online.”