Protect Your Immune System Today!
Home U.S The history of attacks against Asian Americans is complicated. Addressing it will...
U.S

The history of attacks against Asian Americans is complicated. Addressing it will be, too 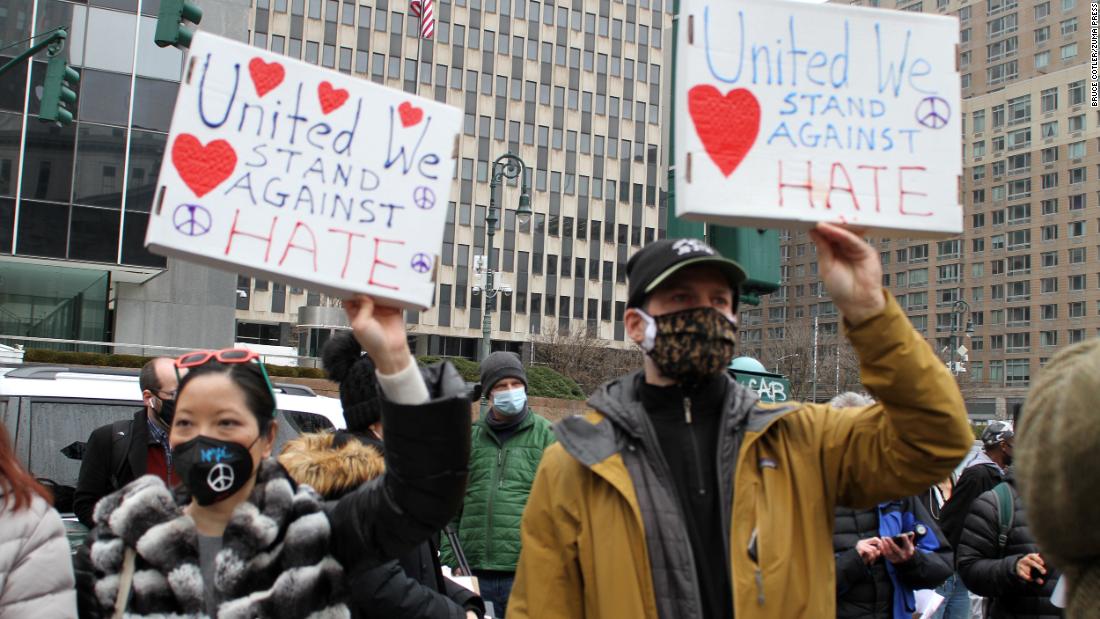 “Nobody came. Nobody helped. Nobody made a video.”

For Vargas, Quintana’s remarks underscored how he feels Asian Americans have long been seen in the US: as “the invisible within the invisibles.”

“It’s been really quite stunning to witness ‘mainstream America’ wake up to this invisibility,” said Vargas, a journalist whose organization Define American seeks to humanize immigrants through storytelling.

Wider recognition of the racism Asian Americans have been facing since the start of the pandemic is a critical step, advocates and experts say. But this moment has also prompted some to consider another question: What is the best path forward?

Asian Americans occupy a unique spot in the racial hierarchy

To understand the current problem, it’s important to acknowledge the unique position that Asian Americans occupy in the United States’ racial hierarchy.

“From the moment that the first Chinese arrived in the 1850s until today, Asian Americans have been considered not White but also considered not Black,” says Claire Jean Kim, a professor of political science and Asian American studies at the University of California, Irvine.

In many ways, that status has worked to their advantage, Kim said.

Asian Americans haven’t experienced the same degree of historical injustices that Black Americans have, meaning they also haven’t faced the same structural barriers and inequities. On the whole, Asian Americans earn more and are more likely to have college degrees than other racial groups — though a closer look at the data yields a more nuanced picture.
And while it’s true that Asian Americans aren’t as visible in politics and popular culture, their overall lack of visibility has shielded them from the kind of scrutiny and suspicion that has made their Black, Latino and Native counterparts more likely to die at the hands of police violence, Kim said.

That’s made them a target during times of crisis

In the late 1800s, Chinese laborers were scapegoated for a declining economy and banned from immigrating to the US. During World War II, Japanese Americans were painted as disloyal and rounded up into concentration camps.
In the 1980s, a Chinese American named Vincent Chin was mistaken as Japanese and beaten to death by two White men who blamed Japan for the loss of auto jobs.

After 9/11, South Asians were among those swept up in a wave of Islamophobia.

And since the start of the Covid-19 pandemic, countless Asian Americans have been coughed on, spat at, harassed and attacked.

Tung Nguyen, chair of AAPI Progressive Action and director of the Asian American Research Center on Health, says Asian Americans “suffer from the racism of being made invisible.”

He sees the invisibility of Asian Americans everywhere.

It’s in the “model minority” myth, through which the successes of a relative few obscure the stark inequalities felt by other subgroups.
It’s in the aggregated collection of data, which masks health disparities and justifies the lack of investment in certain communities.

It’s in the challenges to language access, which prevent many Asian Americans from accessing resources in their native tongues.

Those notions, which suggest that Asian Americans are outsiders who don’t face disadvantages, make it possible for them to be seen as acceptable targets — and contribute to the spate of violence seen over the past year, Nguyen said.

“It’s easier to hurt someone when they’re invisible,” he said. “Our invisibility is all over the place.”

The younger generation is no longer willing to stay silent

Despite those feelings of invisibility, or perhaps because of them, the recent high-profile attacks against Asian Americans have generated a level of mainstream attention that feels different.

Multiracial coalitions have come together to denounce the violence. Actors and athletes have delivered impassioned responses. Mainstream media outlets have published numerous stories. California has allocated more than a million dollars to help track incidents of discrimination and hate, while New York City announced a new push to combat the issue.

A number of factors might explain the heightened awareness this time around, experts said.

One is a younger generation who grew up in the US and is no longer willing to stay silent the way their immigrant parents might once have.

“The older parents or the aunties and uncles and the grandparents may not say something, but their children and their nieces and nephews and their grandkids will because we’re online,” Vargas said. “We know how to use the hashtag.”

Social media, in turn, has allowed video footage from the disturbing incidents to be seen and circulated widely, while more Asian American journalists in newsrooms have helped to amplify those stories. Meanwhile, the killing of George Floyd last May and the uprising that followed thrust issues of racism into the national spotlight and prompted Americans to take them more seriously.

“There’s been a kind of shift where people feel it’s important to at least talk about racism,” said Kim. “That doesn’t mean they’re necessarily committed to changing it in any deep way but there’s more discussion of it.”

But the community is divided on the solutions

Advocates and activists are largely united in calling for more discussion and attention around the issue of hate and violence against Asian Americans. But they seem to diverge on how best to address it.

After a string of attacks in Oakland’s Chinatown, actors offered a $25,000 reward for information leading to an arrest and some community leaders called for police to step up their presence in the neighborhood.
A coalition of more than 90 Bay Area organizations took a different approach, calling for community-based solutions and warning against interventions that would contradict reforms championed by Black Lives Matter activists.
Some are calling for the recent attacks to be charged as hate crimes, arguing it would help deter potential perpetrators and encourage otherwise reluctant Asian Americans to report such incidents. The New York Police Department created an Asian Hate Crimes Task Force after a spike in attacks last year, while recent incidents in the Bay Area prompted officials in Alameda County to announce a special response unit focused on crimes against Asians.
But bringing and prosecuting hate crime charges requires proving a specific motivation of bias, which can be difficult to do.
Though the family of Vicha Ratanapakdee, the 84-year-old Thai immigrant who died after being violently shoved to the ground in San Francisco, called his attack a hate crime, law enforcement officials have so far indicated there isn’t evidence to suggest it was motivated solely by race. The perpetrator who allegedly shoved a 91-year-old man, among others, to the ground in Oakland’s Chinatown has been hit with several charges, though none accuse him of a hate crime.

Others have cautioned against connecting the recent high-profile attacks to the larger wave of violence Asian Americans have been experiencing since the pandemic.

Alvina Wong, campaign and organizing director for the Oakland-based nonprofit Asian Pacific Environmental Network, told the local news outlet Oaklandside that it was common for the community to experience robberies, especially around Lunar New Year.

“These crimes and violent situations that happen in Chinatown have been happening for a while,” Wong told the publication.

The response will have to involve everyone

The public safety threat that many Asian Americans are feeling right now stem from structural problems of unemployment, housing insecurity and income inequality, some progressive activists argue. And they say what’s needed to combat that threat is a movement that works in conjunction with other racial groups to help solve those big issues.

“The idea that we’re going to solve anti-Asian racism without addressing racism in general and anti-Black racism is a mistake,” Nguyen added.

Vargas says he’s heartened by the efforts he’s seen so far. Hundreds of volunteers across racial lines have volunteered to escort elderly Asian Americans to keep them safe, and communities at the local level have rallied together to express their solidarity.

Vargas hopes more people are having conversations about the history of hate and violence that Asian Americans have long faced. But what happens next is critical, he and other advocates say. Because how communities choose to respond in this moment could set the course for whether Asian Americans — and other groups — continue to face these problems in the future.

White, known for playing Steve Urkel on the 1990s sitcom "Family Matters," is partnering with 710 Labs on his new line, itsPurpl. It's...
Read more
U.S

That's just a sampling of some of the weird food news that you might have missed this week. Companies are rolling into spring...
Read more
U.S

Former President Donald Trump still casts a large shadow over the Republican Party. Republicans who are not Trump are playing a difficult game...
Read more