Teachers on verge of lockout or strike as CPS, CTU fail to reach agreement 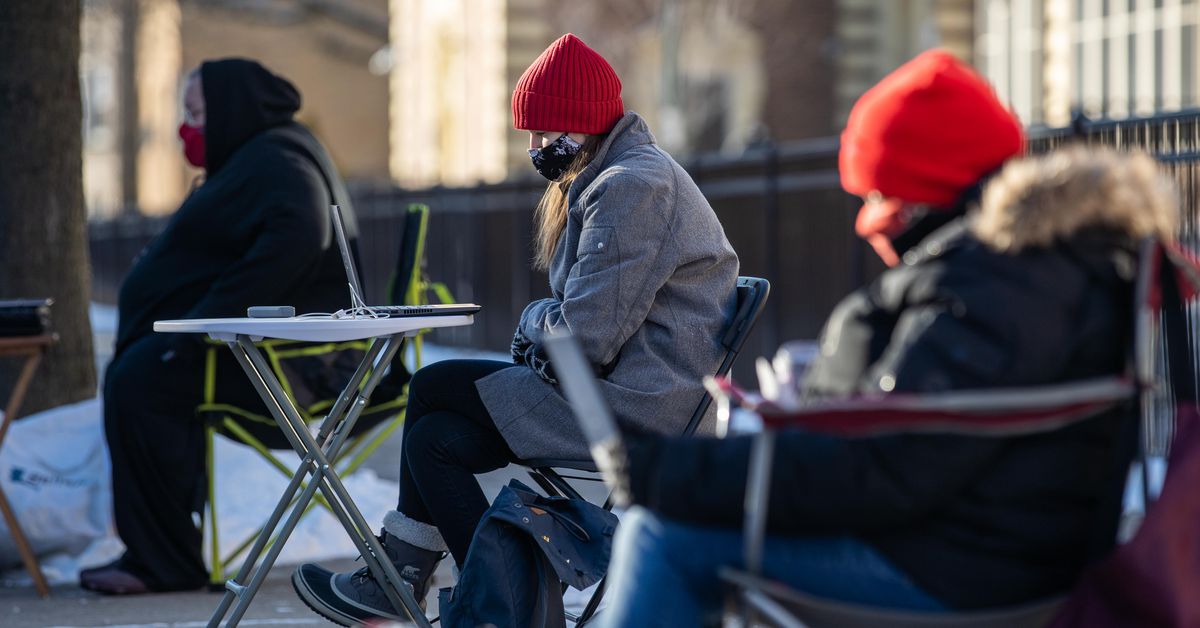 Officials with Chicago Public Schools and the Chicago Teachers Union have failed to reach an agreement over how and when to reopen schools, setting the stage for teacher lockouts and a subsequent strike that would halt classes for 290,000 students this week.

With Sunday set up to be a pivotal day in negotiations ahead of the planned return of up to 65,000 students to classrooms Monday, the two sides did not even meet, according to a source close to the talks.

In a sign of the spiraling situation, CPS and CTU could not publicly agree why there were no negotiations. CTU Vice President Stacy Davis Gates wrote on Twitter that “CPS said the only way they’d attend bargaining was if we were offering major concessions.” The district said in its own tweet that “our bargaining team was told by CTU leadership that they were unavailable to meet until they could develop a response to our most recent offer. Our team has been standing by all day.”

District representatives told principals in meetings Sunday afternoon that all preschool through eighth grade teachers will be required to report to schools Monday, a source said. Teachers who don’t show up will be locked out of remote work. Students will be asked asked to stay home Monday.

The CTU has said its members plan to continue teaching from home until an agreement is reached, and the union expects to strike if its members are locked out of remote work.

The two sides had hoped to break their impasse after several verbal agreements turned into written ones Saturday. CPS and CTU had said bargaining was productive at the start of the weekend after pointed comments from Mayor Lori Lightfoot on Friday night threatened to derail progress.

Appearing on CBS’ “Face the Nation” Sunday morning, CPS CEO Jackson reiterated the district’s “goal is to reopen schools as planned tomorrow on Feb. 1, for students in our K through eight grades.”

Asked what happens if no deal is reached by Monday and teachers don’t show up to schools, Jackson said, “The goal right now is to get a resolution.”

“CTU has made it clear that they want a deal,” she said. “We share those same sentiments. But we’re still far apart on a couple of key issues, such as vaccination and how we account for accommodations.”

Parents remained split on the district’s reopening plan — with one group alleging the public conversation over the issue has led to “intimidation.”

The newly organized Chicago Parents Collective, a group of more than 500 members from 51 schools across the district, held a lengthy virtual news conference Sunday to urge the two sides to come to an agreement that would give students the opportunity to choose between virtual and in-person learning.

Ryan Griffin, a CPS dad who has helped organize the coalition of parents, conceded that classroom learning won’t immediately “be perfect,” though he insisted that public health officials agree it’s safe to send kids back to school.

“Everybody here in Chicago has had a year to figure this out, and our children have waited long enough. Yet here we are, 21 hours away from over 60,000 students arriving to class, and we don’t know if the teaching staff will be there,” said Griffin, who claimed the “escalation of the infighting is tarnishing our city’s reputation.”

Griffin also said members of his group have faced “intimidation” based on their advocacy for an in-person learning option. And following the Zoom call with reporters, Griffin slammed CTU leader Davis Gates for using Twitter to comment on a screenshot of the participants.

Griffin claimed Davis Gates’ message is now being used to discredit the group’s “desire for kids to be back in school,” noting that individuals’ names and faces were shared “in a social space where words are regularly used to attack.”

“This is why parents are scared and intimidated to speak out,” Griffin said.

The Chicago Parents Collective initially planned to hold the news conference at Humboldt Park, but the in-person event was nixed in the wake of the weekend blizzard.

Another group of parents from that area had planned to show up at the event to urge members of the collective to work with them to push for a safe reopening and ensure that children who can’t return to the classroom still receive “free and appropriate public education,” according to a statement.

While both groups ultimately pushed for a safe reopening that addresses pervasive inequities exacerbated by the pandemic, they appeared at odds over how to accomplish those goals.

Rosemary Vega, an organizer for the group from Humboldt Park, insisted the issue of reopening schools shouldn’t devolve into “a battle between parents against parents or parents against teachers.”

“We’re in a deadly pandemic, and every child deserves safe and stable conditions for a return to school,” said Vega, the parent of two CPS students and two recent graduates. “We all want our kids back in school, and we want it done safely.

“Shaming teachers who are trying to stay alive and protect their families is not the solution.”

Meanwhile, another group of CPS parents is using social media to promote a planned “sick-out” for Monday to protest the district’s reopening plan. The group is demanding that teachers, principals, other staffers and parents all “have a place at the table to collaborate and to put together a more effective reopening plan and a more robust remote learning plan,” according to a statement.

The union has said its members shouldn’t be required to work in person before they’ve had a chance to be vaccinated, arguing educators should be moved to the front of the vaccine line if the city wants to reopen schools sooner.

Lightfoot and Health Commissioner Dr. Allison Arwady have been reluctant to do that. Essential workers who have been in person all this time should be prioritized, they’ve said.

Jackson said Sunday she’s advocated for teachers to receive vaccine priority as soon as possible but the current order exists for a reason.

“The vaccine is a part of a public health toolkit in order to mitigate the spread of COVID,” Jackson said. “Rule No. 1 is that you have to disseminate those vaccines in places where we’re trying to stop the spread of COVID. Schools are not significant sources of spread. And so this is a public health solution. We have to start with that. Some of these other things are incredibly important, but some of them are political decisions.”

In an earlier interview on CNN’s “Inside Politics,” Jackson said she isn’t willing to wait for teachers to be vaccinated before reopening schools.

“The vaccine will definitely take us further, which is why we’re working with our city’s Health Department in order to vaccinate our teachers as quickly as possible,” she said. “But I just think it’s important to note that it’s an important tool, but it’s not a necessary tool to reopen schools.”