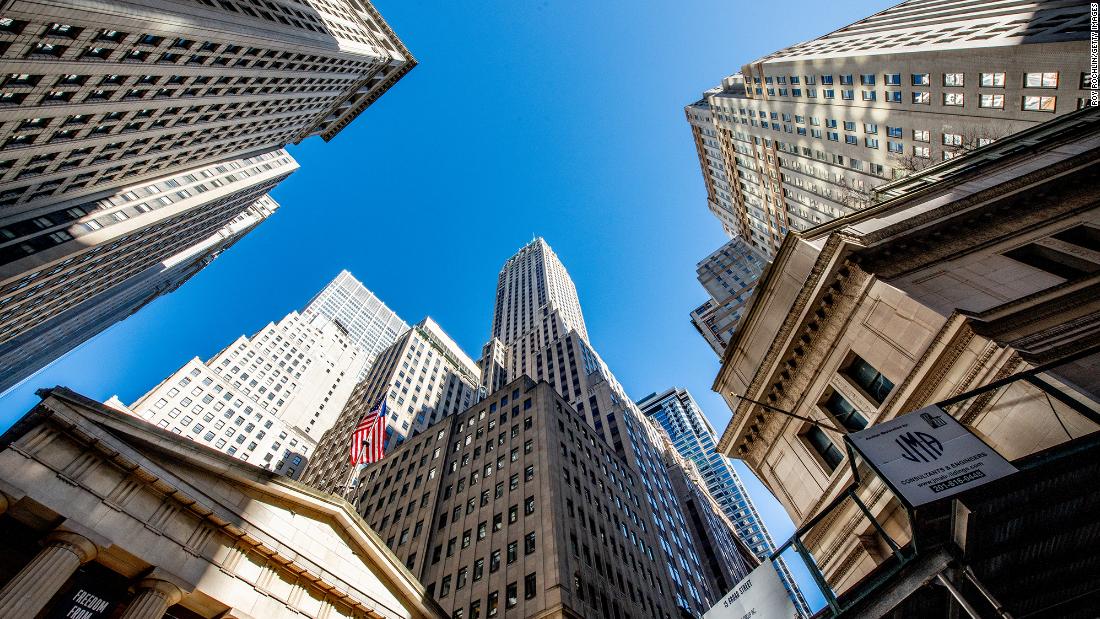 Suspense is building on Wall Street over whether the Fed will extend an exemption that loosened leverage rules applying to JPMorgan Chase, Bank of America (BAC) and other large lenders.
But leading Democrats including Senators Elizabeth Warren and Sherrod Brown want the Fed to let the exemption lapse as scheduled at the end of March. They fear big banks are using the pandemic as an excuse to weaken the post-2008 crisis rules.
In sharp contrast, JPMorgan and Citigroup have called for the Fed to consider making the waiver permanent. And some analysts warn a failure to extend will backfire by forcing banks to retreat from the US Treasury market at a time when their huge balance sheets are needed to ease turmoil in that market.

“The Fed should be concerned about a taper tantrum 2.0,” KBW analyst Brian Kleinhanzl wrote in a note to clients this week.

The first “tantrum” he’s alluding to happened in 2013, when Treasury yields spiked after the Fed signaled it would slow bond purchases, causing Wall Street to panic. “The potential impact of not renewing the exemption could be large.”

Putting out fires on Wall Street

At issue is a buffer known as the supplementary leverage ratio, or SLR, which requires the biggest US banks to hold capital of at least 5% of total assets on — and off — their balance sheets.

The goal is to prevent a repeat of 2008, when overleveraged major banks nearly collapsed the entire system.

But on April 1, as the pandemic raged, the Fed announced it would temporarily exclude US Treasuries and deposits held at Fed banks from the leverage calculation. The move freed up an estimated $76 billion at big banks, the Fed estimated at the time.

The Fed had several goals: First, the move gave banks much more lending firepower at a time when consumers and businesses were facing a serious crisis. Second, the Fed wanted to put out a fire in the Treasury market, where trading uncharacteristically seized up.

“Liquidity conditions in Treasury markets have deteriorated rapidly,” the Fed said in unusually stark language at the time, adding that the relief would “ease strains” in that market.

Likewise, the Fed wanted to free big banks up to ease turmoil in the repo market, a crucial corner of Wall Street where trillions of dollars of short-term loans trade each day.

The Fed didn’t want to punish banks for the fact that their balance sheets were swelling during the pandemic. Not only were customers depositing stimulus checks, but small businesses received an influx of forgivable loans and others just decided to sit on more cash.

But some regulators opposed the temporary relief.

“Now is not the time to reduce significantly the capital of the most systemically important US banks in order to facilitate financial market liquidity,” Martin Gruenberg, board member at the FDIC, said at the time. “We learned the hard way during the 2008 financial crisis the importance of preserving loss absorbing leverage capital.”

Maxine Waters, chair of the House Financial Services Committee, wrote US regulators a letter this week calling the exemption a “mistake that should not be perpetuated” by extending it.

“It is past time that your agencies stop prioritizing the wishes of Wall Street over the public good,” Waters wrote.

For its part, the Fed hasn’t tipped its hand.

“We actually haven’t made a decision of what to do,” Fed Chairman Jerome Powell told lawmakers during a hearing in late February. “It is something we’re in the middle of thinking about right now.”

Since then, Congress passed President Biden’s $1.9 trillion rescue plan, a massive package that includes $1,400 stimulus checks that will drive bank deposits even higher.

If it’s not extended banks could have to slow their intake of deposits, stop buying Treasuries or raise capital (or a combination of these steps) to meet the leverage rules.

JPMorgan (JPM) and Citi (C) would be the most affected, according to KBW, and both banks are urging the Fed to roll over the exemption.

“This adjustment for cash and Treasury should either be made permanent, or at a minimum, be extended,” Jennifer Piepszak, JPMorgan’s chief financial officer, said during an earnings call in January.

The Fed doesn’t want to rock the boat

The state of the financial markets could be a deciding factor.

First, the repo market started to act weird again recently. Regulators don’t want to do anything that will limit the ability of big banks to play a stabilizing role in this crucial market.

If banks stop buying Treasuries, that may be a problem because it could cause rates to rise even higher. That will in turn create more competition for stocks.

“The Fed might be making a regulatory decision not based on the capital need for a waiver or not…but on the need to have a big buyer of US Treasuries,” Peter Boockvar, chief investment officer at Bleakley Advisory Group, wrote in a note to clients this week.

Facebook
Twitter
Pinterest
WhatsApp
Previous articleIntruder at Joint Base Andrews roamed ‘unencumbered’ for hours before boarding military plane
Next articleKnow the difference between a tornado watch, a tornado warning and a tornado emergency

Is it safe to travel this summer? A medical expert explains

(CNN) — As more people get vaccinated and coronavirus infection rates drop in many parts of the world, people are traveling again in...
Read more
Load more