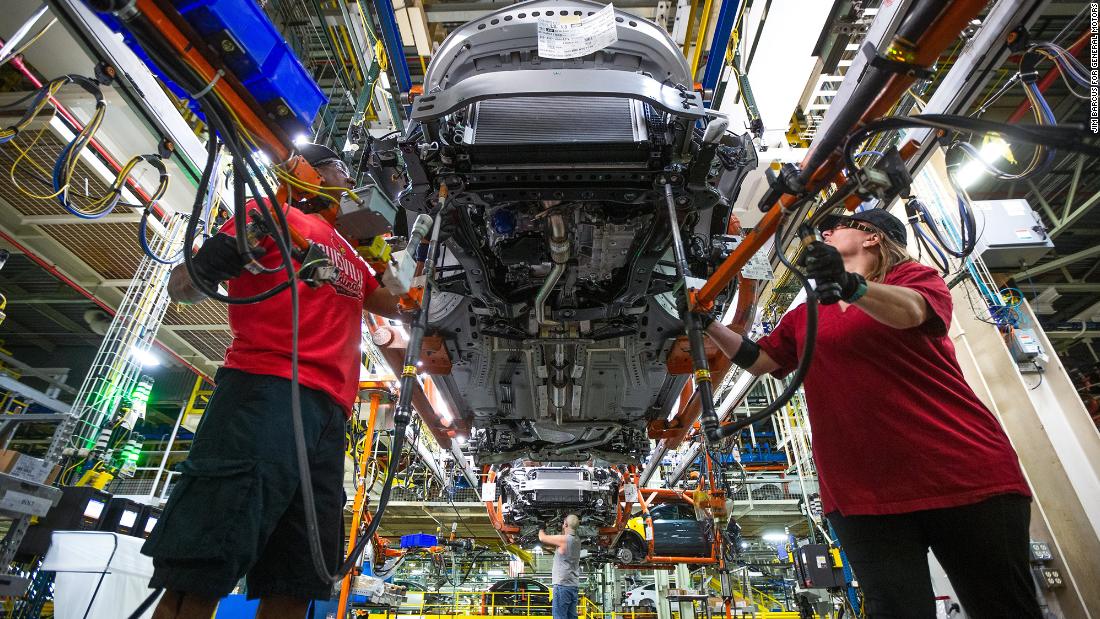 What’s happening: At first glance, these two trends may not have much in common. But they share a root cause: Thanks to the pandemic, global supply chains have broken down, triggering shortages of in-demand products and crucial manufacturing components.

That could force consumers to pay more, while weighing on the broader economic recovery, a problem that’s increasingly worrying government leaders.

“We fully recognize that this is an issue that is impacting industries across the country,” White House Press Secretary Jen Psaki told reporters on Thursday.

Remember: The coronavirus wreaked havoc on global supply chains last year, as lockdowns temporarily closed factories and disrupted the normal flow of trade. Since then, a seemingly insatiable demand from shoppers stuck at home for goods like televisions, furniture and exercise bikes has stretched suppliers and made it difficult for consumers to find the products they’d like to buy.

Manufacturers have also struggled to secure parts. It’s been a particularly big issue for the global auto industry, which has had to idle plants around the world because it can’t secure enough computer chips needed to build vehicles.

This just in: On Thursday, General Motors said it would shut production at two plants in Tennessee and Michigan in the coming weeks. It also extended shutdowns at plants across North America where production was halted in February and March.

The company is bringing some factories back online. But my CNN Business colleague Chris Isidore reports that supplies of vehicles at dealerships are getting extremely tight. GM said last week that its inventory of vehicles at the end of March was down 18% from the end of 2020.

“We are seeing levels of … inventory tightness that goes beyond anything we have ever seen,” Morgan Stanley auto analyst Adam Jonas said in a note to clients this week. Customers are paying above sticker price for some vehicles, he added.

The chip shortage hitting the auto sector is perhaps the most visible result of mismatched supply and demand. But other parts of the economy are being affected, too.

See here: America is dealing with a shortage of ketchup packets after experiencing a boost in to-go orders. Days ago, Heinz, the biggest ketchup producer in the country, pledged a 25% increase in production in order to meet demand.

“We made strategic manufacturing investments at the start of the pandemic to keep up with the surge in demand for ketchup packets,” Heinz executive Steve Cornell said.

Investor insight: The problem is bigger than not having enough condiments for your burger. Investors should keep a close eye on how these shortages affect prices. If they trigger a sharp uptick in costs, it could feed the inflation fears that have dogged Wall Street in recent months.

A landmark union election at an Amazon (AMZN) warehouse in Bessemer, Alabama could end up handing the company a big win.

The latest: When the National Labor Relations Board temporarily stopped counting votes on Thursday evening, they were heavily in Amazon’s favor, with 1,101 voting against the union and 463 in support, my CNN Business colleague Sara Ashley O’Brien reports.

A total of 3,215 ballots were received, according to the Retail, Wholesale and Department Store Union, which is conducting the union drive. The count will resume Friday morning.

Already, though, there’s major controversy, indicating there could be a protracted legal fight ahead.

Just hours before the public counting began, The Washington Post broke news of emails showing that Amazon had urged the US Postal Service to install an onsite mailbox ahead of the vote, which could lead to the first US-based union of Amazon workers.

The union, which fears the mailbox installation may have led workers to believe that Amazon was involved in reviewing and tallying ballots, thereby influencing their vote, has called for the NLRB to investigate.

“Our system is broken, Amazon took full advantage of that, and we will be calling on the labor board to hold Amazon accountable for its illegal and egregious behavior during the campaign,” Stuart Appelbaum, president of the RWDSU, said in a statement about 30 minutes before vote counting ended for the day.

Amazon said that only USPS had access to the mailbox, which was a “simple, secure, and completely optional way to make it easy for employees to vote.”

“We said from the beginning that we wanted all employees to vote and proposed many different options to try and make it easy,” Amazon spokesperson Heather Knox said.

Big picture: For Amazon and its workforce, the stakes are high. A successful union drive in Bessemer could encourage people in the company’s warehouses around the country to launch similar efforts, potentially changing how Amazon works with many of its 950,000 US-based employees — while losing the vote could set back the efforts of organized labor.

Disney is gearing up for a big reopening in California

It’s been a tough year for Disney (DIS) fans. But at long last, the company is gearing up for a big reopening.
The company plans to reopen its Disneyland park in California at the end of the month with limited capacity. The company said Thursday that it will launch its new Marvel-based “Avengers Campus” at Disneyland’s sister park in early June.

Remember: It’s a big moment for the company, which has been hit hard by the pandemic. Though Disney World in Florida opened again last summer, Disneyland has now been closed for more than a year.

“We have a new reservation system in place and that’s done phenomenally well during this Covid situation,” D’Amaro said. “We have mobile order, [which means] people are having a much easier time finding places they want to eat and have experiences that allow them to then spend more time in the parks and with their families.”

Investor insight: Wall Street has been optimistic. Disney’s shares rallied dramatically at the end of last year and hit a record high last month. It’s now up to the company to deliver — so long as the virus doesn’t thwart any more plans.

The March Producer Price Index, a measure of US inflation, posts at 8:30 a.m. ET.