Protect Your Immune System Today!
Home U.S She never won a Nobel prize. But today this pioneering physicist is...
U.S

She never won a Nobel prize. But today this pioneering physicist is getting her face on a stamp 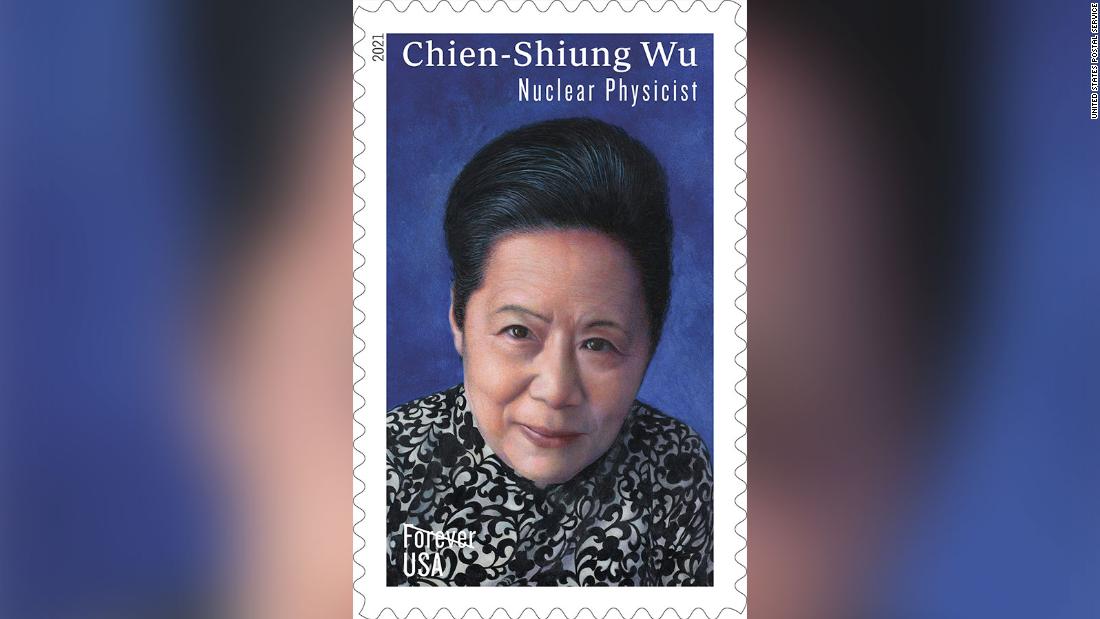 And the timing is no coincidence.

“She believed in women and girls being in science, and achieving in any field that they put their minds to,” Yuan says. “And I think it means a lot that because she’s on a stamp, people will learn her story.”

Wu got her Ph.D., became a professor and made landmark discoveries in physics at a time when relatively few women in the United States were even going to college.

The Chinese immigrant’s work garnered her nicknames like “the queen of physics,” and she won numerous accolades. But Wu never won a Nobel prize. And some speculate her gender may have been one reason she was passed over.

‘She radically changed our view of the universe’

The stamp featuring Wu’s portrait is one of three issued by the USPS this year to honor the achievements and culture of Asian Americans.

Postal officials say they selected Wu, who died in 1997, because she was one of the most influential physicists of the 20th century.

“During a career that spanned more than 40 years in a field dominated by men, she established herself as the authority on conducting precise and accurate research to test fundamental theories of physics,” USPS says in its description of the stamp.

The discovery she’s most known for: a 1956 experiment disproving conservation of parity, a law of physics that had become an accepted part of quantum mechanics.

“She radically changed our view of the universe,” says Brian Greene, a professor of physics and mathematics at Columbia University.

Scientists had long assumed the universe was symmetric and didn’t distinguish between left and right. But Wu’s experiment showed that wasn’t the case, he said.

“The achievement opens the way to a whole new set of explanations of the atom, the world and the cosmos,” the New York Herald Tribune reported at the time, comparing its significance to Einstein’s discovery of the theory of relativity.

“Her work, you now see it integrated into what is called the Standard Model of particle physics. This is our deepest understanding of nature’s ingredients,” Greene says. “And Madame Wu’s result is written all over those equations.”

Wu grew up in China and immigrated to the United States in 1936. She completed her Ph.D. studies at the University of California at Berkeley, then went on to teach at Smith College and Princeton University.

She took a job at Columbia University and joined the Manhattan Project in 1944, where her research included “improving Geiger counters for the detection of radiation and the enrichment of uranium in large quantities,” according to a National Park Service profile of her.

She became a full professor at Columbia in 1958 and earned numerous awards for her work, including the Comstock Prize and the Wolf Prize. An asteroid was named after her in 1990.

The stamp featuring her face has been years in the making. Anyone can submit suggestions for “stamp subjects that celebrate the American experience.” And the postal service says it gets about 30,000 nominations every year.

Immigrants have appeared on US stamps a number of times before, though the postal service told CNN it doesn’t consider immigration status when it’s evaluating who to put on a stamp or track how many immigrants have been featured. Fellow physicists like Albert Einstein and Enrico Fermi have also appeared on stamps, and they were immigrants, too.

For Wu’s granddaughter, a reporter at The Washington Post who’s been promoting the stamp on her social media accounts, highlighting her grandmother’s immigrant experience is an important part of the story.

“When my grandma immigrated, it was on a boat from China. For people of her generation, they got out just before the [Second] Sino-Japanese War, and then more war, and then Maoism. She never saw her parents alive after she left. Their tombs were desecrated when she went back,”Jada Yuan says. “There was a very a small community of Chinese intellectual expats who became really close, and sort of shared that experience of being separated from their homeland.”

Vincent Yuan, a nuclear scientist at Los Alamos National Laboratory and Wu’s son, says his mother kept a book close at hand throughout her career: “From Immigrant to Inventor.” In the Pulitzer-winning autobiography, Serbian-American physicist Michael Pupin detailed how he came to the United States with 5 cents in his pocket and just one set of clothes.

“She identified with him,” Vincent Yuan says, “in the sense that she was an immigrant, too, and came over without a whole lot of wealth. And he also was concerned about a lot of things she was concerning science education.”

The prize she didn’t get

Missing out on the Nobel prize wasn’t something Wu discussed with her family, according to her son and granddaughter.

But the issue has been a topic of debate in scientific circles for decades, with some speculating that sexism may have been the reason she was passed over even as other scientists studying the same things were honored.
“Chien-Shiung Wu is widely considered one of the most influential scientists in history, but her achievements were not widely acknowledged due to her gender and race,” the American Association of University Women says on its website.

Vincent Yuan says being honored and respected by others in her field meant more to his mother than any prize.

“She wasn’t about personal awards. … She looked towards what things she could do things about, but whatever’s in the past was in the past.”

Among the issues that most concerned her: equity for women in science.

He suspects his mother would be pleased to see how the field has changed. But to really evaluate, she’d take a hard look at the evidence and turn to the statistics, just like she always did.

“I’m pretty sure she wouldn’t think the battle is over,” he says.

Wu’s family hopes her image on the new stamp will help inspire a new generation of would-be scientists to keep fighting.

Hubbard was effectively guaranteed a spot in the women's super heavyweight category, the report from the Olympics-focused trade publication said, after the International...
Read more
Load more