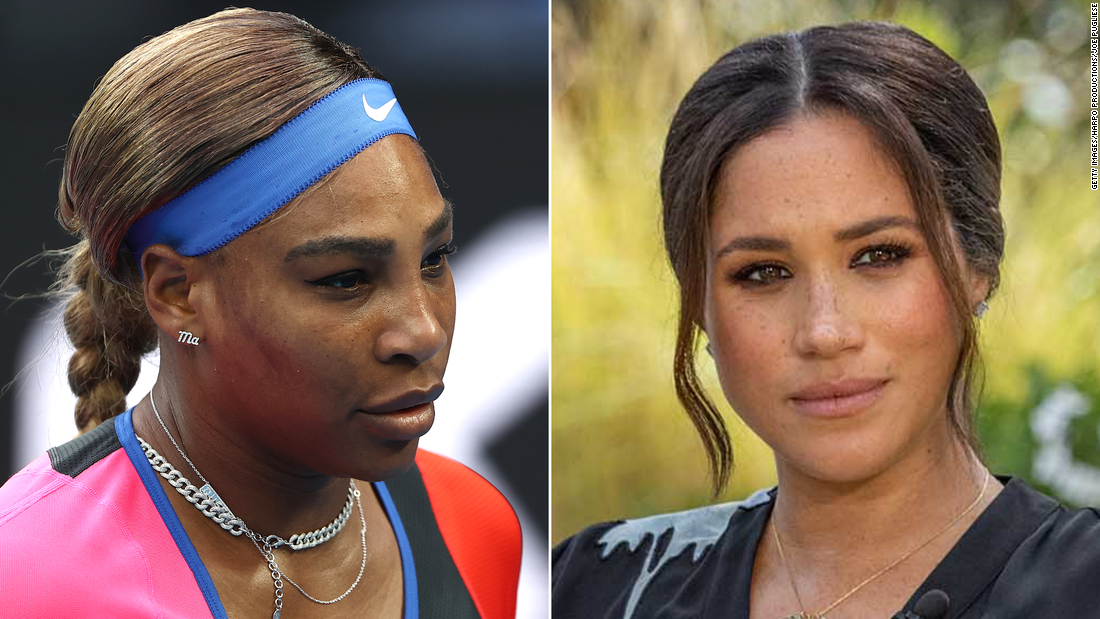 Empathizing with her friend Meghan, the 23-time grand slam winner wrote on Twitter that she knew “first hand the sexism and racism institutions and the media use to vilify women and people of color to minimize us, to break us down and demonize us. We must recognize our obligation to decry malicious, unfounded gossip and tabloid journalism.”

There were several “concerns and conversations about how dark his skin might be when he was born,” Meghan told Winfrey.

Meghan’s revelations threaten to spark a racism scandal around Buckingham Palace, which did not immediately respond to CNN’s request for comment.

“That was relayed to me from Harry. Those were conversations that family had with him,” added Meghan, declining to reveal who was involved in those conversations about Archie’s skin tone. “That would be very damaging to them,” she said.

Harry was asked about the matter when he joined his wife for part of the TV special, which was shown on Sunday evening on CBS and dominated headlines in the UK on Monday.

“That conversation, I am never going to share,” Harry said. “At the time, it was awkward, I was a bit shocked.”

Willliams and Meghan reportedly first met in 2010 at party celebrating the Super Bowl and the tennis star attended the couple’s wedding 2018.

“Meghan Markle, my selfless friend, lives her life — and leads by example — with empathy and compassion. She teaches me every day what it means to be truly noble. Her words illustrate the pain and cruelty she’s experienced,” tweeted Serena.

In her bombshell interview with Winfrey, Meghan said that her life as a British royal was so isolating and lonely at one point she “didn’t want to be alive anymore.”

“The mental health consequences of systemic oppression and victimization are devastating, isolating and all too often lethal,” wrote Serena on Twitter.

“I want Meghan’s daughter, my daughter and your daughter to live in a society that is driven by respect. Keep in your memory the fruitage of the spirit is love, joy, peace, long-suffering, kindness, goodness, faith, mildness, self-control. Against such things there is no law.”

The Duke and Duchess of Sussex have raised “issues that need to be looked at carefully,” a former Press Secretary to Queen Elizabeth has said. But Charles Anson, who held the position of press secretary from 1990 to 1997, said there “wasn’t a strand of racism” within the royal household.

Speaking to the BBC on Monday, he recalled an “overwhelming sense of welcome” for Meghan around the time of their wedding in 2018, which he covered as a royal commentator. “I think that it was both evident in the press and from the reaction of the public and I don’t think there’s a strand of racism in that within the royal household at all, I think, is much more in the broadcast media. I think such racism as exists tends to be most active on social media.”