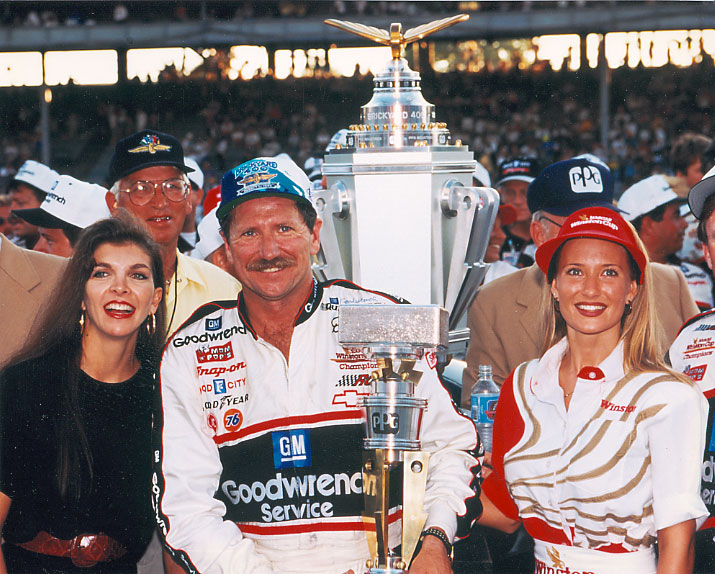 In the round-up: Daniel Ricciardo recalls how he was affected by the death of NASCAR star Dale Earnhardt on this day 20 years ago.

Ricciardo took inspiration from Earnhardt when he chose number three as his permanent career number. The McLaren driver was 11 when the seven-times NASCAR champion Earnhardt died on the final lap of the Daytona 500.

The 18th of February I think is the 20th year. I remember vividly the race 20 years ago, my reaction to the news. I was crying.

I called my friend at the time, Stephen, we raced go-karts together and he was also a big Earnhardt fan. I called him as soon as I saw the news and we just basically cried on the phone together.

He was a hero, for sure. In 2014 when I took on the number three and I also had it in the back of my mind to take on ‘The Intimidator’. And obviously my version of that was the ‘Honey Badger’. But I thought it was really my year to make a bit of a statement, to be the guy that was not afraid to put on a big move, to race hard. I didn’t feel I’d quite had that yet and that first year with Red Bull was my chance to really make that statement and to earn that reputation. So for sure, part of that was on the back of Earnhardt and how he inspired me.

Nico Hulkenberg is tipped to join Aston Martin as a test driver.

“The 2021 edition promises to be outstanding. Three events are planned: in addition to the traditional Formula 1 Monaco Grand Prix (and its ancillary events), the Historic Monaco Grand Prix and the Monaco E-Prix will be held in the same year while they usually play alternating. To welcome this programming of choice, the installation of installations, starting seven weeks before the first events, is advanced by about fifteen days as the 2021 Historic Grand Prix will take place on April 23, 2021.”

“I was one that gave some feedback at the time, so I’m certainly not claiming anything, but I was aware of it. It was quite cool that they brought us drivers in on the conversation to understand what would make the race, I guess, better as a spectacle and more exciting.”

“Michael (Schumacher) gave me and my sister our first go-kart when we were three. Given everything he has accomplished and his whole mentality, he is someone who I look up to massively.”

We always endeavour to credit original sources. If you have a tip for a link to feature in the next RaceFans round-up please send it in via the contact form.

On this day in F1