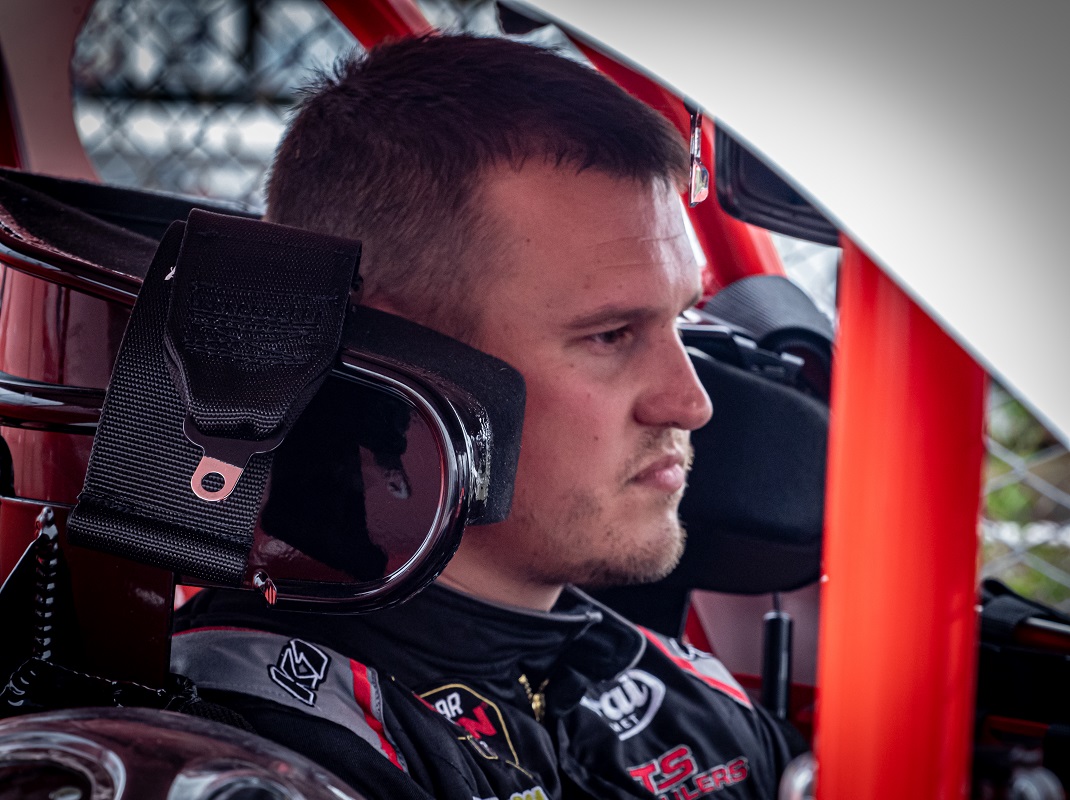 With only 24 races guaranteed this season, the 2013 NASCAR Whelen Modified Tour champion – who is embarking on his third year in NASCAR’s top series – knows that every lap is critical to keeping his team on the race track.

A top-10 finish in the biggest race of the season, as well as Preece’s career-best Daytona 500 result, may go a long way toward generating sponsor interest and fulfilling the goals Preece and the team have set.

“When it comes to those things, (co-owners) Tad and Jodi Geschickter do a phenomenal job when it comes to our partners. Obviously, I think (performing well) helps, but that’s something that Tad really excels at,” Preece told SPEED SPORT in regard to adding more partners to his sponsorship lineup. “My job is to go out and execute on Sundays andthat’s what we did this weekend. A lot of it comes with working with (crew chief) Trent (Owens) for a second year; we all know last year was a very odd year. Most people, when they start with a crew chief, they have the opportunity to work through practices and qualifying and the whole thing. We didn’t have that chance every week when practice was dropped.

“I really felt we started to excel the final 10 races … and I think that’s carried over into Daytona,” he added. “I’m looking forward to going to the (Daytona) road course and continuing to execute and have solid days.”

Preece began the season on uncertain ground. His No. 37 Chevrolet team lost its NASCAR charter during the offseason and, as such, Preece needed to make the Daytona 500 to guarantee himself a place in the field on points for several NASCAR Cup Series races early in the season due to the absence of qualifying.

Fortunately, the Berlin, Conn., native did that. Preece locked into the Daytona 500 on qualifying speed and backed up that performance by racing his way into The Great American Race through his 150-mile Duel qualifying race.

Preece capped off the week by avoiding a major crash early in the Daytona 500 and finishing the event with a shot at the victory, placing sixth at the checkered flag following a multi-car incident on the final lap.

It’s a scenario that is somewhat relieving for Preece, as well as a bit fortuitous, he admitted.

Preece was among a handful of drivers who narrowly avoided a 16-car pileup in turn three on lap 14 of Sunday’s Daytona 500, putting him in better position when the race reached its final stages.

“I saw the No. 48 (Alex Bowman) right in front of my face; (making it through) a lot of those situations are just circumstantial and lucky, and I was lucky enough,” Preece recalled. “The No. 99 (Daniel Suarez) was pushing from behind and I was lucky enough to get clear of the No. 1 (Kurt Busch), which gave me the opportunity to get down, and the No. 48 just didn’t come in and clip me in the right rear. We were lucky to be able to skirt through that wreck.

“It’s fate. Everything was meant to be that day to have a good run,” Preece continued. “It was the total opposite last year. If there was something happening, I just happened to be in it. In this case, I’ll take the good days and just keep moving forward.”

While Preece isn’t necessarily actively involved in his team’s sponsorship search, he added that if he was asked by the Geschickters to lend a hand, he would so.

“My focus is on whatever they need done. If they ask me to do something, I’m going to do it,” Preece noted. “It’s the same thing I’ve told everybody. Whatever needs to be done, that’s my job.

“A lot of it comes down to relationships. Tad is really good at building relationships and making people feel like family. I think that’s what they (plus wife, Jodi) are really good at, because they’re genuine people,” Preece continued. “At the end of the day, I’ve learned quite a bit from him, but it takes a special person to be able to do what he does. It’s just like it takes a breed of racer to be able to get to this level and capitalize on everything. Not many people can do what Tad does. I definitely applaud him for what he does and, hopefully, we can keep on working toward our goals, Trent and I.

“As long as we keep doing our job; we’ll hopefully be able to sell some sponsors and finish out the year.”

The next step in that endeavor comes Sunday at the Daytona Road Course.

While Preece has never been particularly known as a road racer, he’s coming off his best road course result at the Cup Series level, after leading eight laps and finishing 14th at the Charlotte Motor Speedway ROVAL last fall.

“I haven’t done a whole lot of (road racing) in my career, but I’ve tended to be OK at it, which I’m pretty proud of,” said Preece. “JTG was lucky enough to have A.J. Allmendinger, who is a road course racer just as much as I was a short-track racer, involved with their team. Those are high expectations to live up to, but every time I get in that race car when I go to a road course, I study.

“I was just watching the (Busch) Clash … and I try to excel at it. The one thing I do have going for me is that short tracks are pretty similar when it comes to road-course racing, with a lot of heavy braking and a lot of on-throttle (time), and then it just comes to communication and making the car better.”