Protect Your Immune System Today!
Home U.S Opinion: Banning Major and Champ from the White House is a bunch...
U.S

Opinion: Banning Major and Champ from the White House is a bunch of malarkey 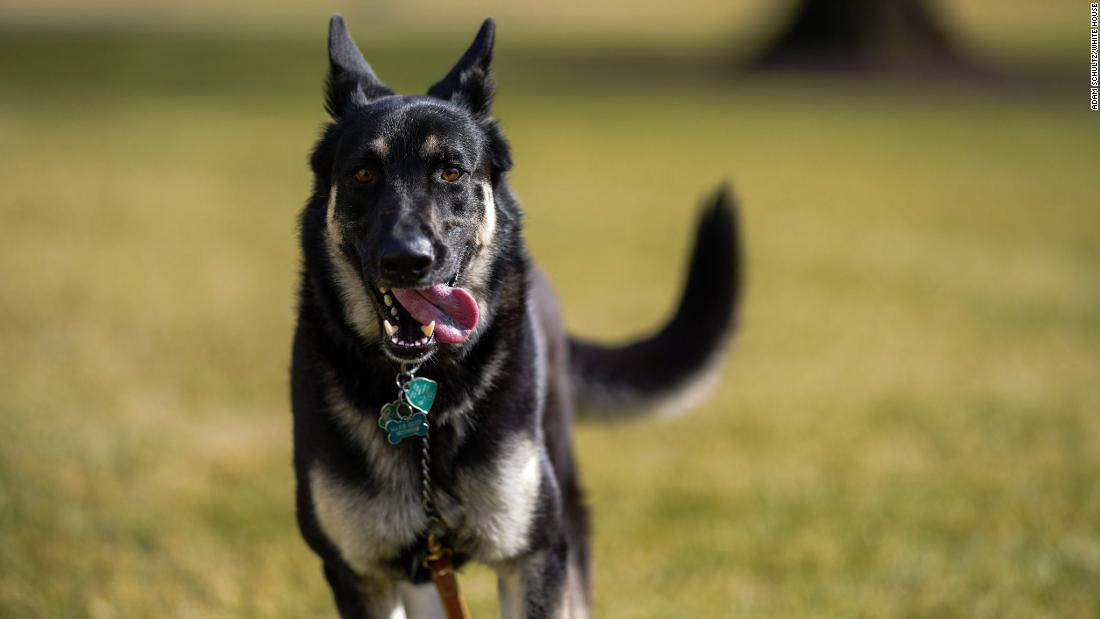 I’m a dog lover of the highest order who writes about dogs for a living, so the news stings extra hard. After attending the virtual “In-dog-uration” of Major and Champ in January (yes, this was a real thing; Josh Groban performed), I looked forward to seeing the Biden dogs on the White House grounds.

I was glad that our commander-In-chief didn’t mind a little dog hair on his clothes, and figured he would surely inspire folks to adopt a rescue pet of their own.

How great that a not-so-average Joe walked into a shelter and gave an unwanted pet a second chance. We need more Joes in the world giving dogs like Major forever homes.

But CNN reported that Major, a 3-year-old, was prone to agitated behavior. He would jump, bark and charge at staff members and security. A “biting incident” was the final straw.
Major was a high-strung dog adjusting to a new environment — a challenge, but not an unsolvable one. There were many things the First Family could have done before banishing the boys from the big house. Dogs of any age, gender, breed or size can bite. The US Centers for Disease Control and Prevention estimates dogs bite more than 4.5 million people every year. Many dog bites and unruly canine behaviors can be prevented and corrected with proper training and early intervention.
“These dogs have had major disruptions to their daily life,” Laurie C. Williams, a Virginia dog trainer of 35 years, told me today. “Major may not have lived with lots of people coming and going.”

Dogs feel pressure and stress, so imagine the level of chaos Champ and Major experienced each day. Williams says she sees this sort of behavior all the time at her dog training business, often as a result of major change in the dog’s life. Despite their elevated status, the first dogs have no idea why their worlds and routines have been turned upside down.

I often remind pet parents who complain about their pup’s behavior to think like a dog. What’s going on in his world? What might make him react the way he does? Is anything different? Is he around new people or in a new environment? Did he see the vet recently? Was a blood panel performed to rule out physical causes? Is the behavior new? What else is happening in the dog’s environment that could stress him out?

Recently, while I was out walking my cocker spaniel past a local park, two little girls ran towards us, screaming “puppy, puppy.” My pooch is small and well-trained, but I took no chances. I picked Dexter up and politely told the girls to slow down. Their mom showed up about three minutes later, angry that the kids had taken off. I explained to the mom what her kids did and showed the two little girls the proper way to approach a dog. I understand it is difficult to have eyes on kids at all times, but accidents happen. I am not anti-kid. I am pro-dog and pro-safety.

Dogs don’t bite or act up out of the blue. Many bites and aggressive behaviors can be avoided if people learn to read a dog’s body language. German Shepherds are a protective breed by nature. In the few years since being sprung from the shelter, three-year-old Major has lived a busy, hectic life. We know his “dad” is busy with politics, his “mom” teaches and does first lady duties, and now he’s living in a new home far from his familiar sights, sounds and scents.

There are a variety of reasons dogs bite, and they aren’t always obvious. Dogs bite when they are afraid, feel threatened, get excited, are at play, have been trained to be aggressive, are being protective with food or treats, are in pain or annoyed.

I’m not condoning Major’s biting or unruly behavior. Nor am I shocked this happened, to be honest. A wagging tail doesn’t always mean a dog is friendly. I’d bet a bucket of dog biscuits that Major displayed warning signs that finally escalated during his time in the White House.

But say it ain’t so, Joe. I fear the knee-jerk exiling the dogs will encourage others in a similar situation to do the same.

There are many things that can be done if a dog shows signs of aggression or unruly behavior. Sometimes a dog with an over or underactive thyroid can be aggressive, so regular bloodwork from the veterinarian is key. Working with a positive reinforcement behaviorist is a first step in the right direction.

As of this writing, there have been no formal complaints about Champ, at 12, the senior canine. He’s been around the block, he’s chill, and he’s quite affectionate and welcome with new people and places. Maybe this isn’t the case for Major. Like people, every dog is different. Some adjust to the White House and some simply don’t.

It’s not just me. The Twitter-verse has exploded in favor of #TeamMajor. Fans want to hear Major’s side of the story, jokingly but seriously. He’s been a no-comment so far, but humans must learn to read their dog’s body language anyway and do what’s best for them. Banishing the dynamic duo from the White House is a bunch of malarkey.

This is a teaching moment, and the eyes of dog lovers from sea to shining sea are on you, President Biden. White House Press Secretary Jen Psaki said the dogs are in temporary time-out and will return to the White House in the future. If the Biden dogs are anything like mine, they miss their mom and dad and are sorrowfully waiting at the front door.