Protect Your Immune System Today!
Home Sports Olympic swimmer Katie Ledecky on training in a backyard pool and her...
Sports 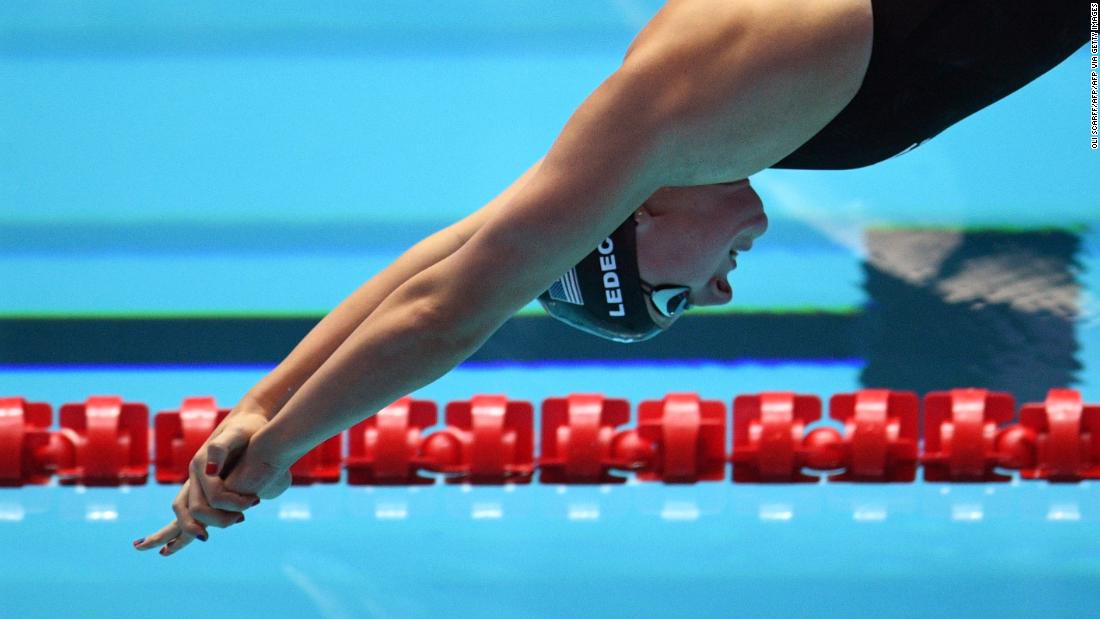 With her usual pool in Stanford closed for three months from March, five-time Olympic gold medalist Ledecky had to rely on the generosity of a nearby family as she builds toward the Tokyo Games.
“I know a lot of people swam in rinky-dink backyard pools, but I was able to swim in a two-lane, 25-yard backyard pool,” 23-year-old Ledecky tells CNN Sport.

“My teammate Simone Manuel and I actually were able to train together in this backyard pool. We would go there every day and it was a very, very kind family that let us come there and get our work in.”

Ledecky even earned herself a group of fans as she became accustomed to her new training venue.

“It was actually kind of fun because the family that owns this house, they have some young grandchildren that were coming over to play in the backyard because there weren’t a lot of places to play and go to school virtually and this was one of the best places to do it,” she says.

“There were some cute kids that would come at the end of our practices and cheer us on and just make us smile. We kept our distance; we did everything properly and managed it all very well.

“I think I’ll have that cheering of those kids kind of echoing in my ears — something that I want to remember back on when I’m getting on the blocks in Tokyo.”

READ: Katie Ledecky wins by 21 seconds in her first race for a year

Having taken a year-long break from competitions amid the pandemic, Ledecky has recently returned to racing and showed few signs of rustiness from the layoff.

She will be hopeful of adding to her Olympic medal haul later this year having won four golds and a silver in Rio and a gold in London.

Ledecky will also be able to compete in the 1500m freestyle in Tokyo with the event added to the women’s Olympic program for the first time, creating parity between the men’s and women’s swimming competitions.

While she won’t outline her specific goals for the Games, which get underway on July 23, she does share some broader intentions.

“Represent my coaches, my teammates, everyone that’s put in that hard work to get me to that point … It takes a lot of hard work by a lot of people.”

READ: How a married couple navigated the ‘purgatory’ of a postponed Olympics

She thinks the experience of two previous Olympics, the first of which saw Ledecky shoot to fame as a 15-year-old gold medalist in the 800m freestyle in London, has prepared her for the challenges of the past 12 months, during which her love of competing has only grown.

“When you’ve been to the Olympics, you know that there are a lot of ups and downs and a lot of things thrown at you,” says Ledecky.

“We had to train differently for a couple of months than we were used to, but when you take a step back and look at it, it really is just another one of those curveballs that we’re always thrown.

“Athletes are resilient, especially at this level … I hope that as we get closer to Tokyo, we can inspire others with that resiliency, that drive, that ambition, to move forward.”

The pause in competitions also allowed Ledecky to complete her psychology degree at Stanford, one of the “silver linings” of the pandemic and something she hadn’t expected to do until after the Tokyo Olympics.

“Once the Olympics were postponed and classes went online, I was able to hop right back in in March,” she says. “I took classes from March to November and finished up the last few units that I had to complete my degree.”

READ: Sprinter Yohan Blake says he would rather miss Olympics than get Covid-19 vaccine

The degree aside, Ledecky’s focus is for now firmly locked on swimming and her third Olympic Games.

And while she has a chance to add to her already impressive collection of medals — and perhaps also better one of her three world records — her outlook on swimming is still much the same as when she first took up the sport aged six.

“It’s something that I got into for fun and as an activity to do away from school and to meet new people,” says Ledecky.

“I am traveling internationally and doing a lot of things that I never imagined I would be doing … I’m still in the sport because I’m having fun and I’m still making a lot of friends.”