‘Never Give In’: An intimate look at Sir Alex Ferguson 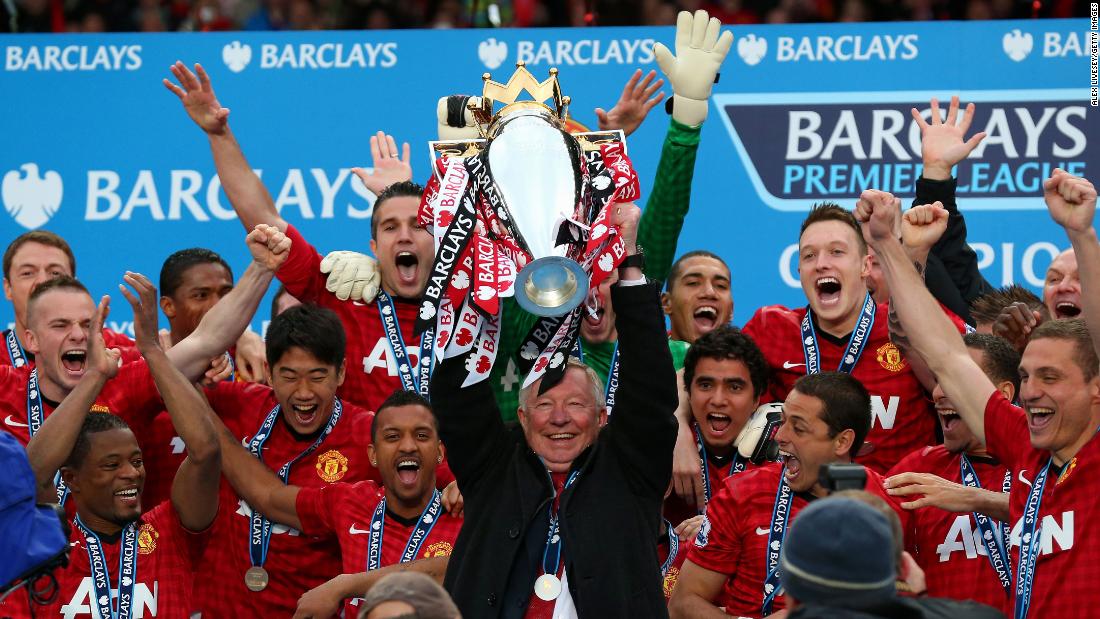 Especially so coming off the back of the recently-released film, “Sir Alex Ferguson: Never Give In,” the heartfelt new documentary directed by the Scot’s own son, Jason.

On May 5th, 2018, the iconic former United manager required emergency surgery after collapsing in his home and suffering a life-threatening brain hemorrhage. Making the call that day to the Emergency Services was none other than Jason himself.

His father would end up needing every ounce of the fighting spirit for which he’s known.

“You know, he was 75, it was a large bleed. We were told just get ready, prepare for the worst. He’d looked after himself and speaking to the neurosurgeons further down the line, that was a big factor and so, you know, you’re in the hands of others.”

Alex Ferguson’s United were English champions 13 times and twice kings of Europe. Yet despite huge success and his father’s fearsome managerial reputation, Jason says his intention was to capture the man rather than the public perception.

“I think it was the day of the Champions League final and my two sons had gone up to watch it with him, and he lost his voice,” Jason recalls. “It just went. He says himself it was terrifying. So that then re-triggered the fear that this was going to have an impact on his memory.

“It took again about 10 days for it to come back, but there was a period when he literally just couldn’t speak, which is not an uncommon by-product of the operation he had. It was not something he’d ever been through before. So it was a really scary time for him.”

The film delves into Ferguson’s proud Glaswegian heritage. It was there he met Cathy, his beloved wife of now more than 50 years.

“All roads lead to Govan,” as Jason puts it.

This is very much a compelling life story of a young and, at times, struggling footballer. Yet now — all these years later — a desire to tell it, warts and all.

“And then he came over the next morning, first interview, and I started to ask my first question,” Jason said. “And he just went: ‘Stop, stop, stop. I know exactly what I’m going to say.’ And then he just spoke for 20 minutes, and he just completely painted a picture of the world he grew up in as a young boy.

“The sights, the sounds and smells and that was us, off and running. He looks back on his time there very warmly, and at the same time as you see in the film, there are moments when he was still living in Glasgow that were difficult for him.”

The movie would also prove to be a bit of a learning curve for Jason and his two brothers — his twin, former footballer Darren, and older sibling Mark.

“Yeah, very much so,” Jason reflects. “There were certain interviews I did where certain personal stuff came out, and I would pick up the phone to my brothers after it and ask: ‘Did you know this?” And they were like: ‘No!’

“In relation to his earlier days, I was sort of aware he’d had an issue with his dad, but I wasn’t aware they didn’t speak for two years. And I sort of knew about the whole emigrating to Canada element that he effectively for the first time and only time in his life he had given up and he was walking away from football and he was emigrating — and then fate stepped in.”

Indeed after an admission in the film that he’d “gone off the rails a bit,” Alex Ferguson’s move to North America never happened following a life-changing hat-trick against Rangers — the team he supported as a boy and would go on to play for.

READ: Obama and Rashford talk about the power of the next generation

It’s no secret that after huge success in Scotland as a manager with Aberdeen, Ferguson initially struggled at United.

Poor results. A battle to keep his job. And then there was the toll on the family as a whole, including Jason’s mother Cathy, who he calls the “rock” of the family.

“She used to get very nervous around the games,” he reveals. “But also as well, you know, particularly in the early years, it wasn’t a pleasant experience for her to go to games at Old Trafford. The team wasn’t winning and the fans were restless.”

But as the film title suggests, the then-Red Devils boss would “never give in.”

And then came that night in Barcelona, when Ferguson’s United sensationally scored twice in three minutes of injury time in the 1999 Champions League Final against Bayern Munich to seal what is still an unprecedented treble for an English team.

“As he said in the film, it’s the pinnacle,” says Jason. “The greatest moment of his professional career. He’d had a lot of success. They won the league in ’93, double in ’94, double in ’96. But he hadn’t won the European Cup — the Champions League — and you know, with 90 minutes gone, he isn’t going to win it.”

Yet Jason Ferguson believes his father isn’t defined by his successes, but rather with his adversity, both before and after what happened in 2018.

“He said the other day that he views the three years since then as a bonus and that he will continue going forward. Everything from that moment on is a bonus for him. It’s been a really, really good recovery.”

“Sir Alex Ferguson: Never Give In” is packed with raw emotion and perhaps nowhere more so than when the man widely regarded as the greatest manager of all time prepared himself for a possible worst case scenario by writing to his wife and the family as a whole.

“It was ultimately a goodbye letter,” Jason reflects poignantly. “You know, he wrote a bunch of letters. To me, my two brothers, his 11 grandchildren and he handed them to me in the hospital one day and they were goodbye letters and I put them away. I wasn’t giving them to anyone. I wasn’t opening that door, and he didn’t see that letter again until I handed it to him in the studio.”