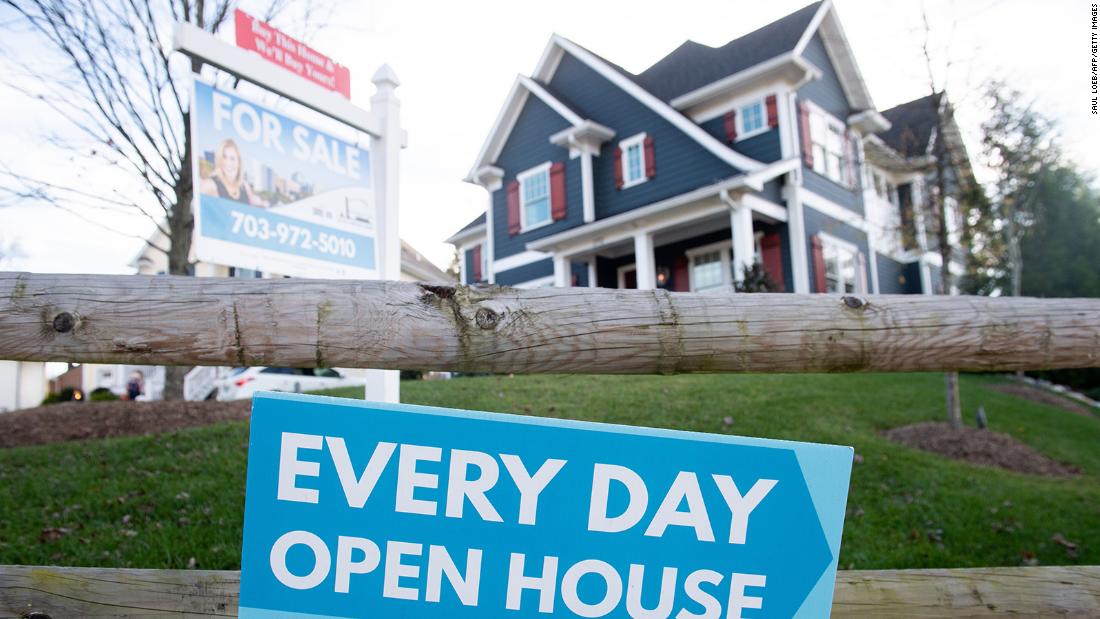 Natalie LaVallee was devastated after her first offer on a home in Fayetteville, North Carolina, failed last summer.

“It was a heartbreak,” she said. “It was our first offer. [The home] was exactly what we were looking for. But we were outbid.”

LaVallee and her husband, Kyle, who was deployed with the Army and touring homes with her via FaceTime, were forced to rethink their wish list. “We focused on priorities,” she said. “We had a lot of luxuries we let slide.”

Cosmetic things like a renovated kitchen and bath, which she had hoped for, were off the list. But a garage was deemed a must-have.

The couple bid on three homes before they finally succeeded on the fourth.

“We learned very quickly, that we needed to offer more than list price,” said LaVallee.

Inventory is at record lows

The limited number of available homes for sale is pushing potential buyers into bidding wars, spurring home prices ever higher.

Housing inventory of existing homes for sale at the end of December was down 16.4% from November, and 23% below where it was a year earlier, according to the National Association of Realtors. At 1.9 months, the supply of unsold homes is at its lowest level since NAR began tracking single-family home supply in 1982.

And inventory is tightest at the lower end, where many first-time home buyers are looking.

“Typical inventory for us is 117 homes on the market,” said Connie Strait, an agent with William Raveis in Danbury, Connecticut. But currently there are only 17 homes for sale in Brookfield, Connecticut, she said. “It is all the same disparity in all the towns around here. That’s what is hurting our first-time buyers.”

Strait, an agent for more than 30 years, said she loves working with first-time buyers.

“I like to say, ‘Take your time, bring your parents back to look at it. Let’s think about it,'” she said. “But now you have to be there immediately after it goes on the market. You feel rushed because you see people lined up waiting to see the houses. It puts so much pressure on the kids.”

In her area of Connecticut, deep-pocketed buyers are coming out of New York and making stronger offers, some even in all cash, frustrating local buyers who are outbid over and over.

A recent property she listed received 15 offers. “The seller went for an all-cash offer to wrap up the deal simply because they had to take care of an elderly parent and they didn’t want a lot of people in the house.”

Two weeks into the deal, the buyer decided they wanted to finance the home through a mortgage lender.

“They had the money, they just decided to change halfway through the deal,” she said. “I think to myself, there were a lot of people who were honest with us about their offer who did not get the house. They wrote letters. It is heartbreaking.”

How to stand out from the pack

Megan Angerstein needed to find a home quickly. She had two months to get out of her apartment in Houston and buy a home near her new job. Like many first-time buyers, Angerstein, 28, had a strict budget — $220,000 was her cap.

The two-bedroom, two-and-a-half bath home in San Marcos, Texas, ticked all her boxes, so she put down $1,000 in “earnest money” — a way to hold a home and convey seriousness — on the spot.

“I wanted to think on it and look at one other home,” she said. “But I knew there were three other appointments after me, so I put the money down. Good thing I did. The people after me would have taken it.”

Buyers and their agents need to be on top of their target market and know when new properties come up for sale so they can act quickly, said Strait.

Another way to stand out when putting in an offer, Strait said, is to have a very strong pre-approval letter from a lender stating that it is tentatively willing to lend you money, up to a certain amount.

That may require more from the buyer, like providing W-2’s, tax returns, bank statements or pay stubs.

In many markets, she said, you’re going to have to be prepared to overbid a little. “It can be scary, but you do have an appraisal as a back up. If it doesn’t appraise, the bank won’t give you the money.”

Letters to the seller rarely hurt your chances, she said. She’s seen CEOs of companies and movie producers write heartfelt letters about how much they love the home. You should certainly highlight any connection to the community, if your family lives in the neighborhood, or you went to school there, Strait said.

“Letters help,” she said. “If there is something that comes up on a building inspection or in the negotiation, they may be much more willing to work with you.”