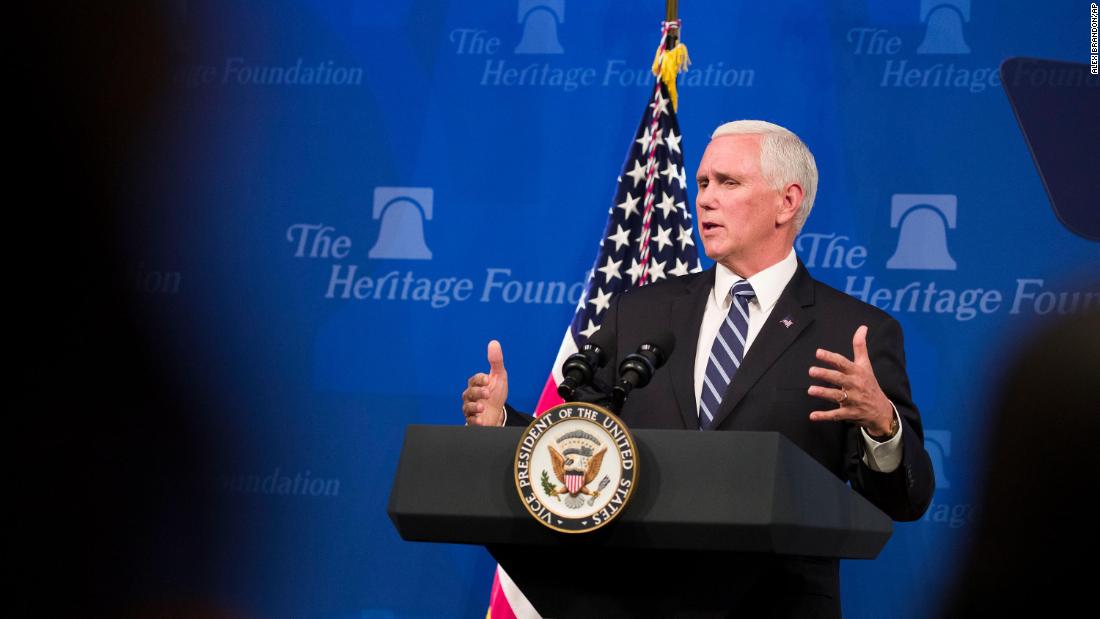 In a tweet, Pence said the Heritage Foundation “is a flagship of the conservative movement and I am profoundly honored to join them as a distinguished visiting fellow to advance conservative policies that will benefit every American.”

In this role, Pence will “advise Heritage experts on public policy issues” and plans to deliver a series of speeches on policy issues as well as write a monthly column, the release said.

“Over the course of the past four years, our team at Heritage has worked closely with members of the Trump administration on a host of policy accomplishments,” Heritage President Kay C. James said in a written statement. “That’s why I am excited Vice President Mike Pence will join forces with Heritage to ensure we continue to advance conservative principles and policy solutions.”

Pence on Wednesday announced the establishment of the Office of the Former Vice President in the Washington, DC, area. CNN has reported that he and former second lady Karen Pence plan to return to Indiana this summer.

When buying a car, there are a lot of things you can choose to pay for. There are navigation systems, leather seats or...
Read more
U.S

Tanden's confirmation is on the rocks after at least one Democratic and several moderate Republican senators announced their opposition to her appointment because...
Read more