Protect Your Immune System Today!
Home U.S Market mania has fed a SPAC boom. Here's who is at risk
U.S

Market mania has fed a SPAC boom. Here’s who is at risk 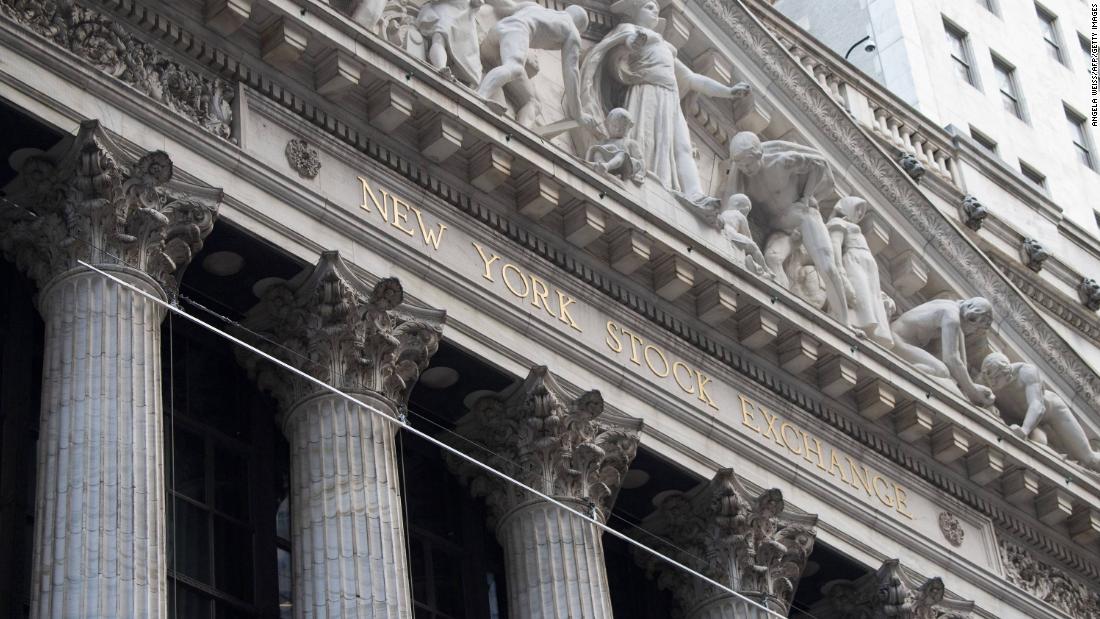 Sign of the times: Among the most notable indicators of market mania has been the explosion of special-purpose acquisition companies, or SPACs. So-called “blank check” firms, which allow investors to back sponsors that then hunt for a private entity to take public, have raised tens of billions of dollars in 2021, an increase of more than 2,000% compared to 2020.

“Anybody who’s anybody has one,” said Peter Atwater, an adjunct professor of economics at William & Mary. He compared SPACs to another hot accessory in the world of finance — a Patagonia vest.

More and more people are sounding the alarm. US regulators have warned that investors shouldn’t back SPACs just because there are celebrities attached. Meanwhile, short seller interest in SPACs has jumped, according to data from S3 Partners, indicating that a growing number of traders think the excitement is overblown and share prices are destined to fall.

Step back: If the SPAC frenzy has gotten out of hand, who pays the price? Experts caution that not everyone will emerge a winner — and some retail investors swept up in the madness could get hurt.

“The time for quick money feels like it’s now behind us,” Atwater said.

One concern is that there’s simply too much SPAC money chasing a limited number of solid takeover targets. That could force owners to consider acquiring less mature companies that may not meet lofty expectations for growth, or to enter into agreements that are less profitable.

“There is a tremendous number of SPACs being created every day,” Will Braeutigam, a partner and SPAC leader at Deloitte, told me. “With so many SPAC sponsors out there bidding on the same companies, the upside value that you think may be there may not be there.”

Guillermo Baygual, co-head of mergers and acquisitions for Europe, the Middle East and Africa at JPMorgan Chase, notes that not all SPACs are created equal. He believes this corner of the market will “become a more professional asset class over time,” as investors distinguish between firms with a proven track records and those created just to take advantage of the moment.

In the meantime, everyday investors that haven’t been discerning could be left holding the bag, according to Atwater. He pointed to a rush to buy shares of SPACs before takeover targets are even announced.

“You would think investors would wait to see what [they] buy,” Atwater said.

If a target isn’t identified, initial investors will get their standard $10 per share back, Atwater explained. But eager investors that want to get in ahead of a deal and pay $20, $30 or $40 per share on the open market are making bets that are purely speculative.

Some SPACs will end up as success stories. But Baygual cautioned that they’re not all a sure bet. “Investors should make their investment decisions on fundamentals,” he said.

Intel (INTC) CEO Pat Gelsinger has only been on the job for about a month. But the semiconductor giant has been in need of a bold strategy for some time — and this week, Gelsinger delivered.

The latest: Intel has unveiled several major initiatives, including a $20 billion investment in two new US chipmaking facilities.

The moves mark the company’s attempt to reassert its position as the undisputed leader of the semiconductor industry after several tough years, my CNN Business colleague Clare Duffy reports.

“We are setting a course for a new era of innovation and product leadership at Intel,” Gelsinger said in a statement.

Remember: Gelsinger took over a company facing a host of challenges, including unprecedented competition from Apple and an activist shareholder demanding change. Intel has also experienced major delays in producing next-generation chips, allowing TSMC and Samsung to jump ahead.

Over the past two years, Intel’s shares have increased just over 19%, versus the almost 114% growth in the PHLX Semiconductor Index that tracks the broader sector.

Looking ahead: The new strategy could help solve many of those problems. Intel, which is working to perfect its next-generation 7-nanometer chip, plans to overhaul its manufacturing process and rely more on outsourcing. At the same time, it will put more money behind its Arizona campus, creating thousands of jobs.

Investor insight: Intel’s shares shot up nearly 4% in premarket trading, while stock in competitor AMD is lower. Shares of TSMC, the world’s largest contract chipmaker, tumbled 3% in Taipei on Wednesday.

GameStop’s shares have soared this year thanks to enthusiasm drummed up on social media, as rookie traders bet that the struggling video game retailer could pull off a lucrative shift to digital that would boost sales.

The company’s most recent financial results show it’s not there yet. After US markets closed on Tuesday, GameStop reported net sales of $2.1 billion during its most recent quarter, down 3% from the same period in the prior year and slightly below the $2.2 billion Wall Street analysts had expected.
For its full 2020 year, GameStop (GME) posted a net loss of more than $215 million.

Signs of change: Global e-commerce sales increased 175%, representing 34% of the company’s total net revenue during the quarter. During the same period last year, e-commerce made up just 12% of total sales.

“Our emphasis in 2021 will be on improving our e-commerce and customer experience, increasing our speed of delivery, providing superior customer service and expanding our catalogue,” CEO George Sherman said in a statement.

But will that be enough to hold investors’ interest? The company’s stock initially jumped more than 5% in after-hours trading, but was last down 14%. It closed Tuesday at $181.75 — falling 9% since the start of the week, but still up nearly 865% for the year.

Coming tomorrow: The CEOs of Facebook (FB), Google (GOOG) and Twitter (TWTR) will be grilled before Congress on misinformation and online extremism. Have questions? Submit them here.