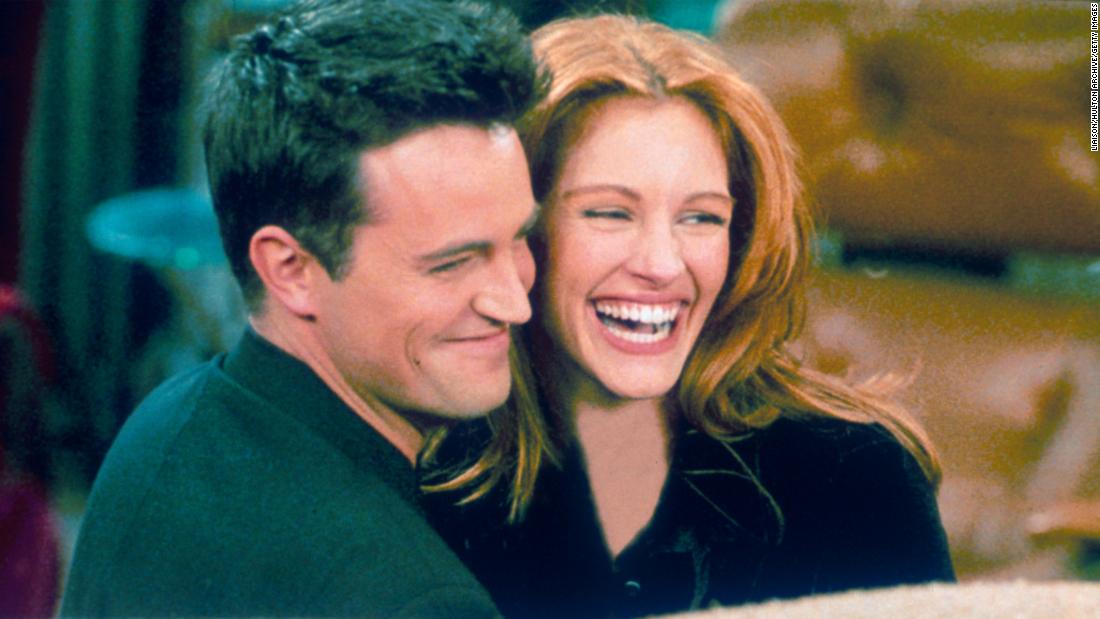 Kevin Bright joined others in talking to the Hollywood Reporter in honor of the 25th anniversary of the show’s “The One After the Superbowl” episode.

“Do you know the story of how we got [Julia Roberts]? Matthew [Perry, one of the stars] asked her to be on the show,” Bright said. “She wrote back to him, ‘Write me a paper on quantum physics and I’ll do it.’ My understanding is that Matthew went away and wrote a paper and faxed it to her the next day.”

“We knew she would have the right touch for it,” Kauffman said. “And when she said yes, it was pretty awesome.”

That faxing went a bit further.

Alexa Junge, one of the writers on the show, said Roberts was interested in Perry “from afar because he’s so charming.”

“There was a lot of flirting over faxing,” she said. “She was giving him these questionnaires like, ‘Why should I go out with you?’ And everyone in the writers room helped him explain to her why.”

Roberts and Perry reportedly dated briefly after her appearance on the show.

TSR Positive Images: Kodak Black has shown that he is a man that loves to give back on many occasions. Even while he...
Read more