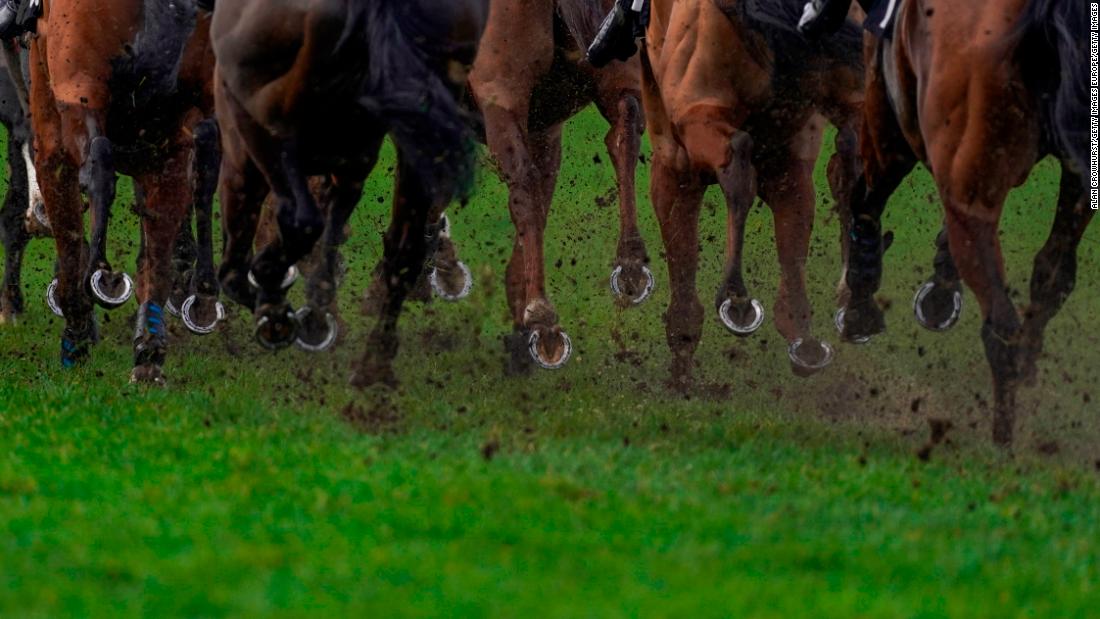 On Tuesday, the Irish Horseracing Regulatory Board tweeted that it was “aware of further social media content circulating and the matter is under investigation.”

The video, which was widely circulated on social media on Monday, shows people laughing and joking when an individual poses on the back of the stricken horse. The group appears to be standing on the gallops, where racehorses train.

The man who sits on the horse is yet to be officially confirmed by authorities but, in an interview with The Irish Field, amateur jockey Rob James confirmed it was him and apologized for his actions.

“To try defending my stupidity at the time would add further insult and hurt to the many loyal people that have supported me during my career,” he said, stating the video was taken nearly five years ago.

“I have caused embarrassment to my employers, my family and most importantly the sport I love.

“I am heartbroken by the damage I have caused and will do my best to try and make amends to those hurt by my conduct.”

The footage comes after top racing trainer Gordon Elliott apologized earlier this week when a photo of him sitting on top of a dead horse went viral.

The British Horseracing Authority (BHA) has since temporarily banned Elliot whilst the Irish authorities conduct an investigation.

The image shows Elliott astride the horse, which is lying on its side. He is making a peace sign with one hand and holding his phone to his face with the other, and a caption across the photo reads: “New work rider this morning.”

Elliott apologized for the image and said he had received a phone call as he was standing over the horse, waiting to help with the removal of the body.

When the call came he sat down “without thinking” and then responded to a shout from a member of his team by gesturing “to wait until I was finished,” read his statement.

Animal Aid, an organization that fights against animal abuse and bids to promote a cruelty-free lifestyle, says the two incidents this week speak to what it calls a wider problem within the sport.

“The treatment of horses in the racing industry requires a root and branch review by an independent body that should be given statutory powers to force welfare changes on the racing industry as a whole,” Animal Aid’s Horse Racing Consultant Dene Stansall told CNN Sport.

“Welfare issues are endemic in racing. In the short term, lifetime bans should be given to professionals found to be seen abusing racehorses, whether dead or alive.”

The BHA told CNN Sport it was aware of the latest footage on social media and previously said it had been “appalled” by the images of Elliot.

“We expect all those in our sport to demonstrate respect for horses, on the racecourse, in the training yard, on the gallops, and wherever they have horses in their care,” it said in a statement on Monday.

“People who work in our industry believe their values — of caring for and respecting our horses — have been deeply undermined by this behaviour. On their behalf, and on behalf of all horse-lovers, we say unequivocally that British horseracing finds this totally unacceptable.

According to Animal Aid, 186 horses died in 2019 “as a direct result of racing” in Britain. The charity said 145 of those 186 horses were killed in jump racing.