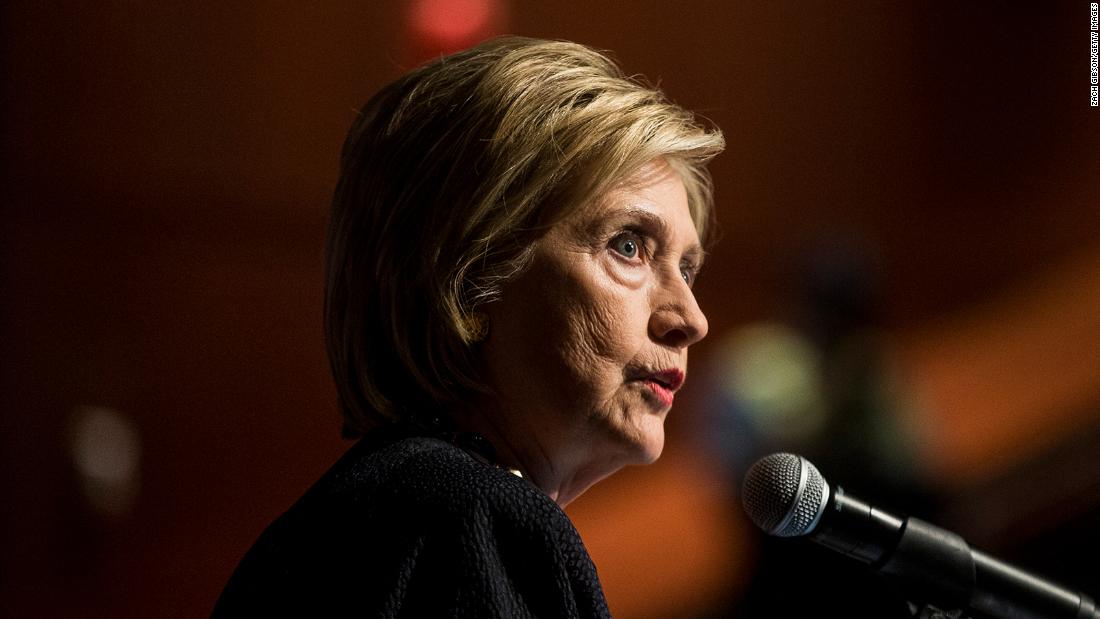 Clinton made the comments on “Just Something About Her,” a podcast hosted by Jennifer Palmieri, the former White House communications director for President Barack Obama who was also a top aide to Clinton’s 2016 campaign. The podcast is scheduled to be released Thursday.
The former New York senator argues that the filibuster, a rule that empowers the minority in the Senate by requiring 60 votes to move on with legislation, should not get in the way of “constitutional matters” and specifically cites voting as one of those issues. Democrats have recently stepped up their campaign against the filibuster, arguing legislation in the Senate should be able to be advanced with a simple majority. The prospects of this happening, however, are low, given multiple Senate Democrats are not sold on the prospect of ending the legislative rule.

“The filibuster stands in the way of a lot of legislation and whether or not it can be either reformed and amended or eliminated is what we will find out in next weeks,” she said, noting a push by Democrats to get rid of the Senate rule altogether. “It certainly should be lifted for constitutional matters, and I would put election law matters at the top of that list.”

Clinton’s comments come at a time when Republicans across the country are pushing to pass laws that will make it harder for some Americans to vote. Although these lawmakers are citing security concerns around voting, the impetus for this push stems from unfounded claims around the 2020 election, many of which were pushed by former President Donald Trump during his failed reelection bid.

“We had a good election — more people voted, it was fair, it was credible, it was certified by lots of Republican states and the Republicans didn’t like the result. Being the result-oriented folks that they are, they’re trying to change the rules to make it harder for people to vote and have their votes counted,” Clinton said on the podcast, which is a Recount Media podcast co-produced with iHeartMedia. “And I do think this is a direct constitutional challenge to the rights of citizenship, to the 13th, 14th and 15th Amendment, to a long line of cases.”

Clinton goes on to say that she “could argue that the interpretation of the Second Amendment is a constitutional issue as well,” meaning she would likely back dispatching with the filibuster for bills pertaining to guns, as well.

Clinton is just the latest top Democrat to push for tailoring the conversation around the filibuster to voting laws. Some Democrats backing the plan argue that creative an exception for something like voting rights is more palatable than getting rid of the filibuster all together.

Former President Bill Clinton, Clinton’s husband, appeared warm to the strategy earlier in the month during a conversation with Stacey Abrams, the former Georgia gubernatorial candidate who has become the Democratic Party’s leader on voting rights issues.

“When it comes to holding elections and who can vote and how that is just as fundamental as the budget to our democracy and there should also be a carve-out for that,” Clinton said to Abrams. “Do you favor a specific exemption for election-related voting, on the grounds that it is the building blocks of democracy and you shouldn’t use a procedural vote to destroy it?”

Abrams specifically cited some of the Democratic concerns around getting rid of the filibuster in her answer.

“I don’t want to have the debate about the larger issue of the filibuster, because if we don’t get this part done, if we don’t solve the democracy crisis, the rest of it is irrelevant,” Abrams said. “It is not only an existential crisis we face, it’s a moral imperative that we not allow a procedural rule to destroy the most durable democracy the world has known.”

President Joe Biden, too, told reporters during a recent press conference that he has an “open mind” about changing filibuster rules on “certain things that are just elemental to the functioning of our democracy.” He then cited “the right to vote” as one of those instances.

Clinton, Biden and others have not gone as far on the filibuster as Obama, who called the rule a “Jim Crow relic” during his 2020 eulogy for the late congressman and civil rights icon John Lewis. In the speech, Obama noted how the filibuster was standing in the way of passing legislation on voting rights, something that was key to Lewis’ life and advocacy.

“And if all this takes eliminating the filibuster, another Jim Crow relic, in order to secure the God-given rights of every American, then that’s what we should do,” he said.

Clinton touches on a range of topics during the interview with Palmieri, including on the public perception that the former presidential candidate is untrustworthy, something that defined her campaign and inspired the name of Palmieri’s podcast.

“It is rooted in their understanding of the psychology that if you make false accusations against somebody, repeatedly, people will start to say, ‘Well, I don’t know, but there must be something there. Why do they keep saying this stuff,'” Clinton says. “Well, they keep saying it because they want to destroy your credibility, they to undermine your character.”

Clinton also comments on the use of guns in America — she says America has a “gun worshiping problem” — and her resilience in the face of attacks.