Despite huge losses, US airlines are rolling in cash 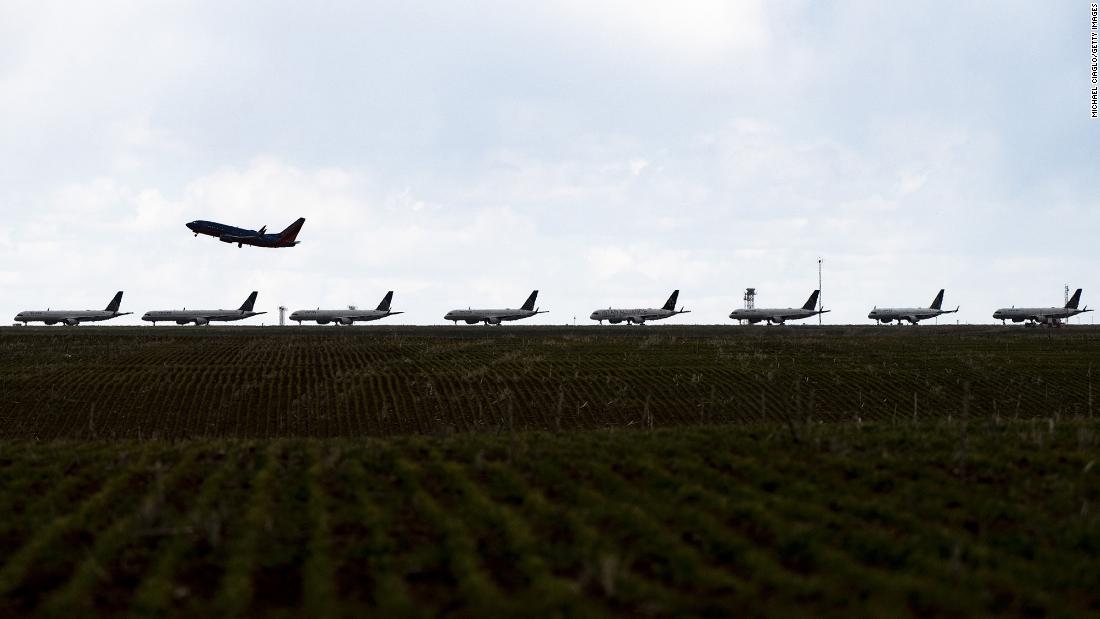 The nation’s four largest airlines — American (AAL), Delta (DAL), United (UAL) and Southwest (LUV) — among them had $31.5 billion in cash on their balance sheets at the end of 2020. That’s up from $13 billion a year earlier, before the pandemic hit. “Liquidity” has become a favorite buzzword of airline executives discussing their financial condition. Including the cash and yet untapped credit lines, the airlines have access to nearly $65 billion.

“The liquidity is at record levels,” said Philip Baggaley, chief credit analyst for the airline industry at Standard & Poor’s. “That’s good, and it’s one of the few strong points they have at this point.”

The lion’s share of the borrowing and cash, then, comes from from banks and Wall Street. Like a struggling family flooded with credit card offers, the airlines have a lot of people eager to give them cash.

The airlines have sold bonds, borrowed money, mortgaged their planes, frequent flyer programs and other assets, and even sold additional shares of stock, a highly unusual move for an industry in this position.

The borrowing has added about $40 billion in long-term debt to the balance sheets of the nation’s airlines.

“I think the general feeling is they’re wounded but they’re going to make it,” said Baggaley. The low interest rate environment has helped the airlines, as investors and banks looking for yields have been willing to lend to the airlines, he added. All the carriers except Southwest have junk bond credit ratings.

They have also made deep cost cuts, even with government help that prevented them from making permanent, involuntary job cuts.

The airlines used buyouts and early retirement to cut about 16% of the staff they had at the start of 2021. In recent weeks, American and United sent out layoff notices to 27,000 employees between them, saying they could again be furloughed unless there is a third round of government assistance before April 1.

Many of those employees had been laid off in October when the first round of federal payroll support ran out, and were called back to work in December when the second Covid relief package provided an additional $17 billion to the industry. Last week, airline unions were back on Capitol Hill appealing for another round of help to keep their members employed.

The cost cuts slashed the rate at which the airlines burned through cash by about half between the second quarter to the fourth quarter last year, even as air travel and revenues remained a fraction of what they were before the pandemic.

But even as they trimmed the pace of cash burn, the four airlines combined blew through $115 million a day over the course of the final nine months of 2020. And they expect to continue burning through cash, albeit at a slower pace, in the first half of 2021. Building a substantial cash reserve is the only sure way to get through this unprecedented financial crisis, airline executives say.

“Our industry still has a long path to recovery ahead,” said American CEO Doug Parker on recent conference call with investors. He said the accumulation of cash, combined with cost cutting, built up “gives us confidence that we are well positioned for the year ahead and the long term.”

Other than Southwest, which just posted its first annual loss since 1973, the nation’s other major airlines all have at least one bankruptcy in their histories. The industry’s current strong cash position raises hopes that they can avoid that fate this time. But that depends on when traffic returns, and even the airlines aren’t sure when that will be.

“I’ve got 10 straight months of data saying that people are ready to travel in six months. It keeps saying the same thing,” American’s Parker said in an interview on CNBC recently. “What I do believe is that once people are comfortable, it will come back relatively quickly. There is huge pent-up demand to travel. We hear it everywhere we go. But no one is going to travel until there are things to do when you travel, and until the vaccine is distributed and the pandemic is largely eradicated.”

S&P’s Baggaley believes airlines “are past the worst of it,” he said. None of them have filed for bankruptcy, and he believes the odds are that they won’t.

“It’s a reasonable concern that they are going to emerge from this with a lot more debt,” he said.

Tanden's confirmation is on the rocks after at least one Democratic and several moderate Republican senators announced their opposition to her appointment because...
Read more
U.S

"Up to a handful" of militants were killed in the strikes, a US official told CNN.The strikes, which mark the US military's first...
Read more
Load more