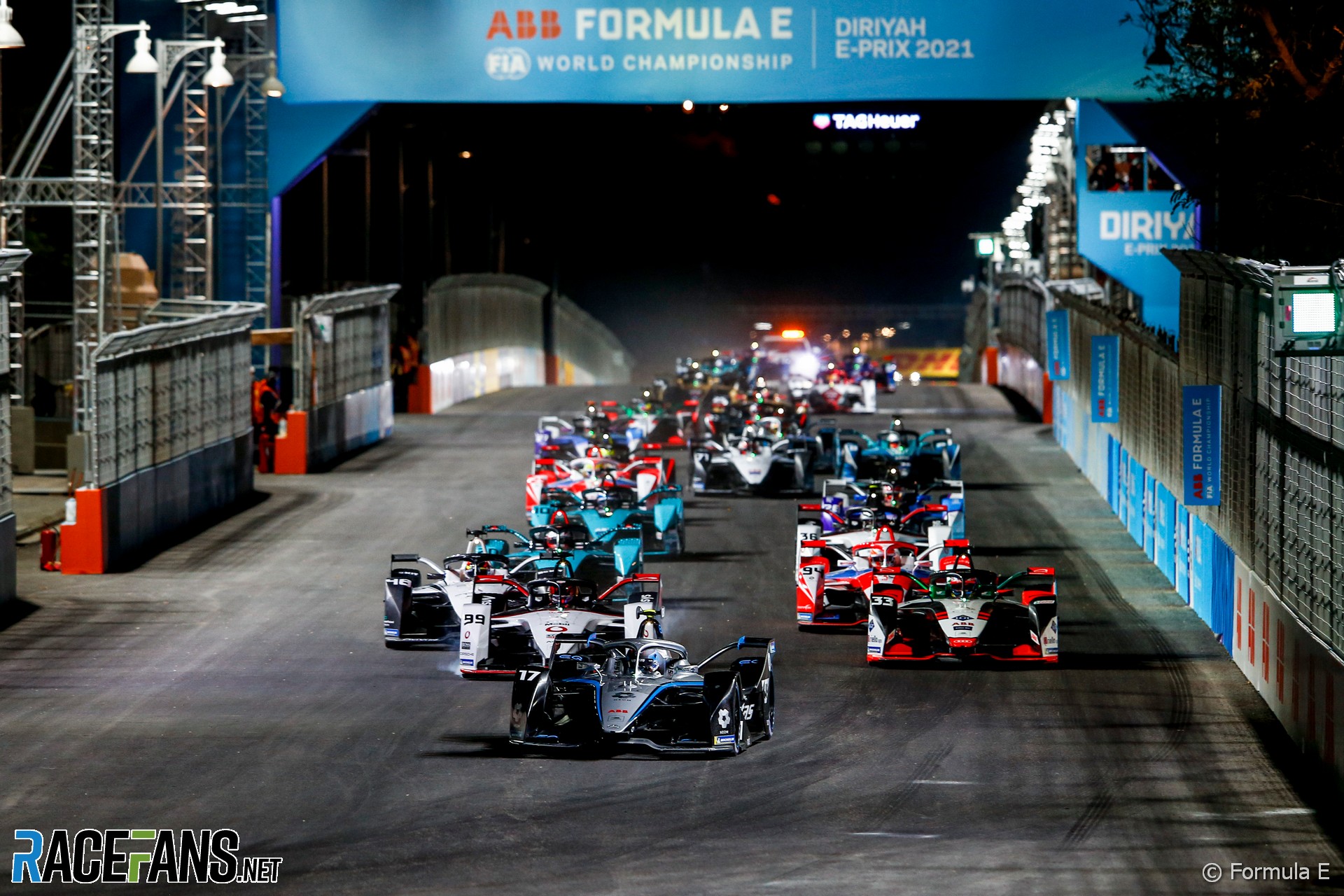 Mercedes driver Nyck de Vries took his first Formula E victory in dominant fashion. He was on it from the word go in Saudi Arabia, topping first and second practices, taking pole position and leading as he pleased throughout.

Today’s race saw several firsts for the series: its first night race, inaugural event as an official world championship and that maiden for De Vries. Having been outshone by Stoffel Vandoorne last season, De Vries had shown sometimes brilliant moments of pace but been frequently dogged by mechanical problems or the inability to avoid incidents that left him trailing Vandoorne in the points last year.

However, a flawless Super Pole lap saw him take the lead position on the grid by six tenths of a second, an almost unheard-of margin in the ordinarily tightly-spaced Formula E field, while Vandoorne started a lowly 15th.

De Vries made his getaway at the start and maintained the lead throughout the race, showing a maturity of control beyond that necessarily expected for a driver with a single, disrupted season behind him, and over six months since Formula E’s last race.

The race was disrupted by fairly regular incidents, with crashes causing Safety Car periods which, on a rapidly cooling desert night, saw drivers struggling with car control on extremely cold tyres. But De Vries looked in control throughout, despite what he reported as repeated under- and over-energy consumption problems during the race.

Less fortunate was Pascal Wehrlein, himself racing in Formula E for the first time in nearly a full calendar year having exited Mahindra before the Berlin races last season. Now in a Porsche, Wehrlein started alongside De Vries in second but saw himself rapidly swamped by the advancing René Rast, Mitch Evans and Edoardo Mortara, who all seemed more confident on the cooling track than Wehrlein.

The first of two Safety Car periods was called when Sam Bird and Alex Lynn collided, crunching into the wall nose-to-nose and leaving Lynn’s Mahindra stranded on track. The second was caused by Max Guenther, who had been running a strong race for BMW ater a disappointing qualifying performance. He pushed slightly too much on his cold tyres and paid for it with a crash hard enough to move the concrete barrier he hit. Although Guenther was unharmed, the Andretti mechanics face a sizeable repair job before tomorrow’s race.

Edoardo Mortara performed an extraordinary, needle-threading pass on both Evans and Wehrlein in the first half of the race, took second but it was the seemingly untouchable De Vries who finished four seconds ahead of the drama behind him. Jaguar’s frustration at seeing Bird retire after his incident with Lynn, in his first race for the team, was offset by Evans’ run to the final podium place.

DS Techeetah, who dominated last season, had the same result they did in the first race last year, taking home no points from the season-opener. A team who failed to score at all last year, however, NIO 333, won their first point with a tenth place for Oliver Turvey in what shows positive signs of a recovery for them.