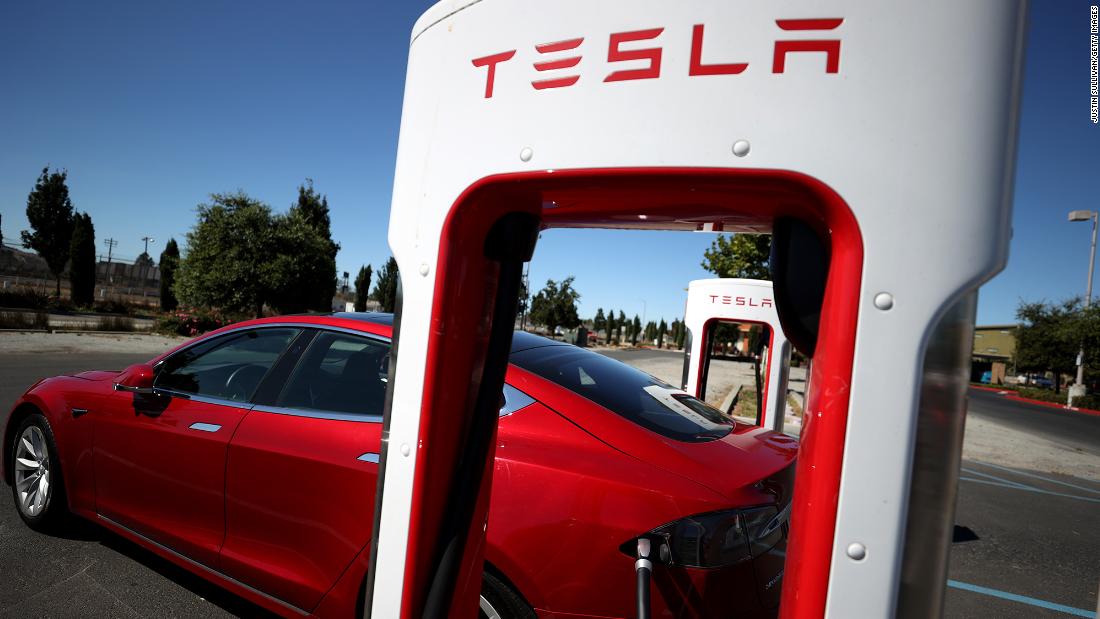 GM (GM) CEO Mary Barra said during the automaker’s earnings presentation earlier this month that GM didn’t have any plans to buy bitcoin just yet.

“We don’t have any plans to invest in bitcoin, so full stop there,” she said in response to a question from Morgan Stanley auto analyst Adam Jonas.

But she did not rule out the possibility of customers one day being able to buy Chevrolets, Buicks or Cadilllacs with cryptocurrency — just as Tesla is planning to let customers use bitcoin to buy its electric cars and trucks.

“This is something we’ll monitor and we’ll evaluate. And if there’s strong customer demand for it in the future, there’s nothing that precludes us from doing that,” Barra added.

But executives at other companies, particularly financial corporatins, remain unconvinced that bitcoin should be part of their cash-management strategies.

“My understanding is currently the accounting is different than other currencies and can create more volatility,” she added.

Volatility is a problem. The big swings in price will probably keep other major companies from putting corporate money into bitcoin.

Sure, the returns have been enormous as of late. But companies want stability from their corporate investments -— not an asset that has swung from a low of just above $4,000 to nearly $50,000 in the past year.

“We watch cryptocurrencies,” said Christine Hurtsellers, CEO of Voya Financial’s investment management unit during an earnings call. But she added that factors driving the big price swings can “still tend to be somewhat opaque at times.” That’s the reason why Voya (VOYA) won’t invest for now.

Other companies are willing to embrace the risk.

So far, Tesla (TSLA) and software company MicroStrategy (MSTR) are the two most prominent firms to buy bitcoin. Payments giants Square (SQ) and PayPal (PYPL) now let customers buy and sell bitcoin (XBT) and use the cryptocurrency for e-commerce transactions. MasterCard (MA) and Bank of New York Mellon (BK) are dipping their toes in the digital currency waters too.
Twitter (TWTR), which like Square is run by Jack Dorsey, is also looking more at bitcoin and other cryptocurrencies.
“We have done a lot of the upfront thinking to consider how we might pay employees should they ask to be paid in bitcoin, how we might pay a vendor if they asked to be paid in bitcoin and whether we need to have bitcoin on our balance sheet,” said Twitter CFO Ned Segal in an interview with CNBC after the company reported earnings last week.
Visa (V) CEO Al Kelly also noted during his company’s most recent earnings call that “there’s a growing interest in digital currencies.”

But he differentiated between assets like bitcoin and so-called stable coins that are backed by existing government currencies. Kelly said that bitcoin and other crytpocurrencies are more like “digital gold.”

“They are predominantly held as assets that are not used as a form of payment in a significant way at this point,” Kelly said, adding that “fiat-backed digital currencies, including stable coins and central bank digital currencies…are an emerging payments innovation that could have the potential to be used for global commerce.”

In other words, Tesla’s purchase may lead more companies to consider buying bitcoin, but it’s not likely to create a massive groundswell of support just yet.

Some are hoping that Apple (AAPL), the world’s most valuable company, could be next. Apple could let buyers and sellers trade bitcoin, and also invest directly in the cryptocurency like Tesla is.

RBC analyst Mitch Steves said in a report earlier this month that if Apple decided to set up its own cryptocurrency exchange business (potentially through its Apple Wallet feature) then Apple “could immediately gain market share and disrupt the industry.”

Based on how much money Square derives from bitcoin-related revenue, Steves estimates that Apple could eventually generate more than $40 billion in revenue tied to bitcoin.

He also noted that Apple could fund any bitcoin exchange plans by adding about $1 billion to its balance sheet, saying that an Apple purchase of bitcoin would help validate it further and that “the price of the underlying asset would then go up in a substantial manner.”

Apple has not publicly discussed any plans to invest in bitcoin and the company did not respond to requests for comment.