Coming soon: Smart tires that could help you drive better 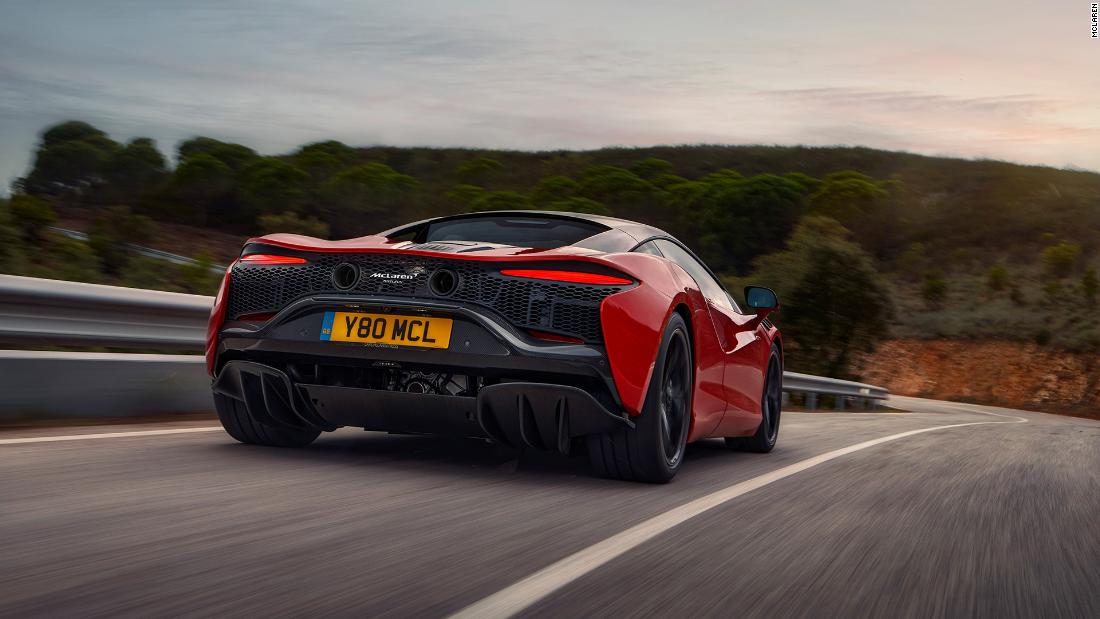 If tires could talk, they might demand more respect.

Maybe you’d stop letting them get under-inflated and worn out. Or they could warn you about a nail in the tread that, in a couple days, will make the tire pressure warning light come on. They might even help you drive better, stop sooner and get better gas mileage.

Smart tire technology like this is already in use, with tire companies adding special sensors to certain tires. And, eventually, these technologies will become widespread, said TJ Campbell, tire information and testing manager at the online retailer Tire Rack, because the information tires can provide is so critical.

“I absolutely foresee that happening,” he said, “If, for no other reason, than that his is the groundwork for fully autonomous driving.”

Self-driving cars will have enough random variables to contend with without unexpected tire problems, he said. The more warning there is of a potential problem, like an air leak or worn out treads, the better. A self-driving car also won’t have an experienced human driver’s feel for when the road surface is slippery or a car is getting close to skidding. Computerized tire technologies will be able to detect impending loss of traction more quickly and accurately than the stability control and traction control systems used on most cars today.

While smart tire technologies are available, they’re mostly used on very expensive performance tires or in fleets of work trucks with fleet managers trying to save every penny.

McLaren’s recently unveiled $225,000 Artura supercar will come equipped with Pirelli P Zero Trofeo tires that are embedded with computer chips. Those chips will send information about air pressure and temperature in the tires to computers in the car, which will help McLaren owners seeking to extract the best performance on the race track.

Changes in temperatures and air pressure can greatly effect how tires, and therefore cars, perform on a track. Cold tires might not grip as well as warmer ones. Meanwhile, tires that are overinflated will have less contact area with the asphalt while underinflated ones won’t be firm enough to provide good control.

French tire maker Michelin offers Track Connect 2, which is an app on the driver’s cell phone to communicate directly with sensors that can be installed inside the tires. The app might recommend the driver increase or decrease tire air pressures or it could warn of leaks. The tires that come standard on the new Porsche 911 GT3, for instance, work with this system.

Performance of a different sort is even more critical for the 14-foot tall tires used on mining trucks. These huge tires can cost $50,000 each and are used on trucks the size of a modest two-story suburban home.

“They’re running those operations 24/7,” said Brian Goldstine, president of mobility solutions and fleet management at Bridgestone Americas. “And they’re looking to maximize the load and maximize the speed of those vehicles within the mine.”

Sensors in the huge tires transmit information that can be combined with other data coming from within the truck, such as how fast it’s moving or how hard it’s turning, to get a sense of how the tires are handling the strains rather than relying on predetermined rules.

“So they don’t have to use more generic industry standards around how fast the trucks can drive or how much load,” he said. “We’re giving them real time, real world data.”

Tire companies also offer this sort of technology for more modest commercial fleet operations, such as for delivery trucks. As with mining trucks, the information from the sensors in the tires can help fleet operators save money and keep the trucks working during critical business hours.

For operations like these, Bridgestone often uses sensors that simply screw onto the valve stem. These sensors can’t do quite as much as those embedded inside the tire but they can still relay critical information, Goldstine said.

“Today, for example, [there is] the opportunity to recognize a slow leak while it’s happening before the tire gets to that critical threshold, which could create an emergency or a critical situation,” he said.

Most passenger vehicles today already have tire pressure monitoring systems that can warn when a tire has gotten too low on air. But typically these low pressure warnings only surface once it’s nearly a crisis. By measuring air pressure more directly, smart tires can provide more accurate readings to detect when air is being lost, even very gradually, to provide earlier and more accurate warnings.

Smart tires might also detect when traction is being lost in some situations. Pirelli’s CyberTire could do this on wet roads by measuring, as the tire rolls, how much its tread is flexing against the road surface, said Pierangelo Misani, the Italian tire maker’s head of research and development. If the tread isn’t flexing much, that means it’s riding on water and is losing contact with the solid road surface.

Detecting tread wear is complicated since these sensors can’t directly measure tread depth. Generally, tire companies are working on solutions that involve gauging tire wear by comparing how a tire is being used — how many miles driven, how many hard stops, etc. — or how it’s bending or vibrating and comparing that to data collected from the same type of tire in tests.

“We have some wheel speed. We’ve got some information around vibration. We’ve got some information around the footprint length, and…. other characteristics of the tire,” said Chris Helsel, senior vice president of global operations and chief technology officer Goodyear. “We’re able to discern from there, to one millimeter of accuracy, your state of wear.”

Modern cars already have computerized stability control systems as required by US regulations. These systems work by detecting when a vehicle has begun to skid, and get it back into line by briefly applying brakes at specific individual wheels. Systems that detect loss of traction from within the tire itself could help cars react faster and better, tire companies say.

The same is true of anti-lock braking systems, or ABS, another safety system that’s already on modern cars. These systems rapidly “pump” the brakes to prevent them from stopping the wheels too quickly — locking up — causing the tires to skid across the road surface. As tires wear, smart tire systems can allow ABS computers in the car to automatically adjust as tire treads wear out, tire companies say.

“We’ve shown we can recover 30% of the loss of stopping distance that comes from new versus worn tires,” said Goodyear’s Helsel.

Before these systems can become widely used, though, some sort of standardization is needed. Tire companies will have to cooperate so all their sensors communicate in a similar “language,” said Campbell.

That will mean one car won’t always have to use the same brand of tires its whole life. Customers want choice, said Campbell. Only when these systems are interchangeable, he said, will the tires on most peoples’ cars start talking.