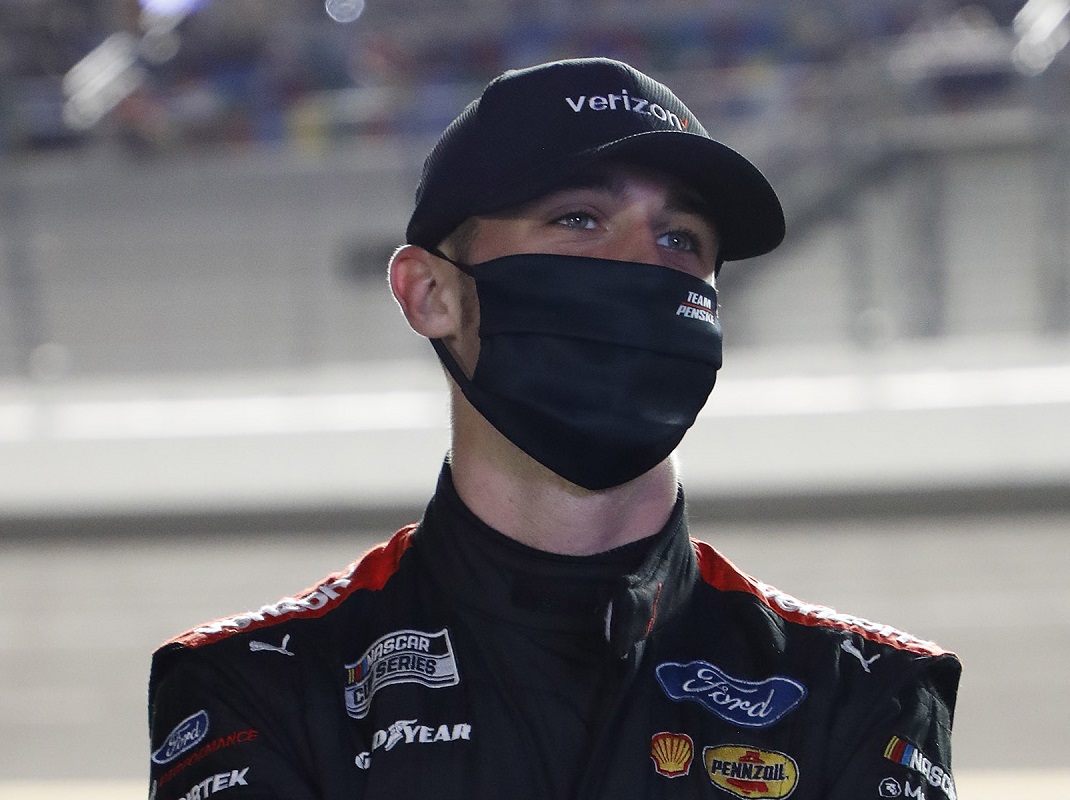 DAYTONA BEACH, Fla. — Fresh off his first Daytona 500 start, Austin Cindric is eager to turn his focus back to his day job: chasing the NASCAR Xfinity Series championship with Team Penske.

Cindric got that quest off to a flying start by winning the season-opening Beef. It’s What’s For Dinner. 300 last weekend at Daytona Int’l Speedway, and locking himself into the Xfinity Series playoffs as a result.

The win ensures Cindric will have an opportunity to defend his Xfinity Series title later this year. He won the championship last season by topping the season finale at Arizona’s Phoenix Raceway.

Reddick was the most recent driver to repeat as Xfinity Series champion in 2018 and ’19.

“I wouldn’t go as far as saying that my mindset is title defense. It is (about) making it to the final four,” Cindric noted during a media conference call on Monday. “That may sound correct or incorrect, but with the way the format is, you have to make it to Phoenix and then have your best day. That was my mindset last year and is my mindset this year. As far as going to the Daytona road course, one of my extracurricular goals for the year was to win on a superspeedway. To get that knocked out early was really satisfying.

“(Superspeedway racing) is a different discipline. To be able to control the race, how we did and the speed in our car, I was really proud of that effort,” Cindric added. “We haven’t had that kind of speed at speedways in the past. It shows the effort my guys have put in during the offseason. We keep stepping up both individually and as a group. Nothing is guaranteed though, so it’s time to go back to work.”

While his focus is forward, Cindric told reporters there was “a lot to be satisfied about” when looking back on his first NASCAR Cup Series start during Sunday’s 63rd Daytona 500.

“We made the race by the skin of our teeth and it was the first time I have done double-duty at that level. For me, managing my priorities was very challenging,” explained Cindric. “There were a lot of late nights and I definitely sacrificed some sleep for prep work and making sure I was prepared for the days ahead. I am glad that I did that. I think it paid dividends in the Duels, the Xfinity race and the 500. The only negative to (winning on Saturday) is that it was really late by the time I got back to the hotel. I hadn’t had dinner and had hundreds of texts that I would normally be replying to, which I still am today. I turned my phone off and tried to study some stuff for the race on Sunday.

“As far as the racing on Sunday, I am really impressed with the job — I don’t know if I should be, because it’s obviously the standard at Team Penske, but I am — that the (No.) 33 guys did. There are a lot of folks on that car that have two or more jobs in the organization and they definitely executed throughout the entirety of the weekend,” Cindric added. “They had just one miscue on pit road, which came at the worst time to have one, but there is a lot to be proud of and lot to build off of moving forward. I can definitely pinpoint a couple mistakes that I made during the weekend, but it was a lot fewer than I thought I would have.

There was still disappointment in Cindric’s voice, however, when he considered that he had a car which raced its way to the lead at one point, only to be torn up in a fiery last-lap crash.

“(Cole) Custer and I got linked up in tandem and I felt like we had a good shot at making it into the top 10,” Cindric recalled. “I pulled out from behind him entering turn three and there were wrecked race cars. I ran into Brad (Keselowski) when he was up against the wall. There was a big fire. That was the first time I had been in a fire. I didn’t know if I was on fire or not and that was a bit unnerving, to be honest.

“It was a big impact, but I’m fine. I was a little stiff and did some PT … but I’ll be ready to go for this weekend. It is definitely one of the biggest moments I Have had inside a race car,” Cindric continued. “I think there is a lot we can learn from all those impacts. The fire was the big thing for me, not knowing if it was mine or inside my car. I tweeted after the race about fire being hot, and I wasn’t trying to be a smart Alek, but it is amazing the amount of heat that comes off (in a situation like) that. We’re lucky (Keselowski) only had two laps of fuel left.

“There are a lot of things to take away from it … but it doesn’t discourage me from racing hard at the end and trying to make the most of things.”

Though Cindric doesn’t know when his next Cup Series appearance will be, he’s eager — both to return to the top level and to show he belongs by repeating as champion at NASCAR’s second-highest level.

“It gets me excited. I have checked the box on the speedways. I don’t see us running another one this year. That was a great experience for me,” said Cindric. “I am looking forward to getting a taste on the 1.5-mile and short tracks and the road courses to see where I can improve there.

“At the same time my priority is still the Xfinity Series and I am ready to go to the road course this weekend, improve on what we did there last year and continue to try to get results.”