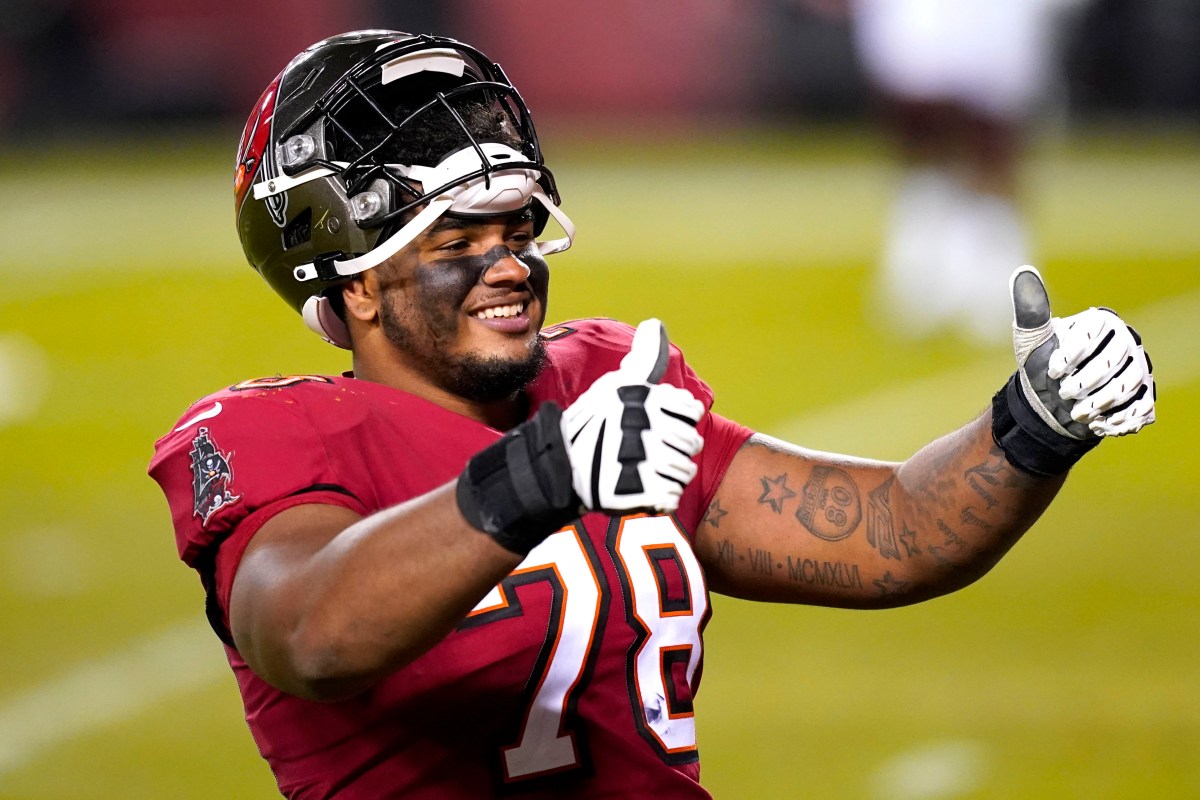 “Are you ready to block for Tom Brady?”

Those are the first words Tristan Wirfs heard after he was picked by the Buccaneers in the 2020 NFL Draft – and the enormity of responsibility ahead replaced any sense of disappointment from slipping to the fourth offensive tackle selected in the first round.

Brady’s NFL career began just 448 days after the 22-year-old Wirfs was born. If there is a little intimidated fanboy in him from draft night through training camp, that’s understandable. But it’s long gone now that they are teammates in Super Bowl LV.

“He messaged me on Instagram and I didn’t open it for like nine hours because I had a ton of messages,” Wirfs said. “I didn’t see it until the next day and I was like, ‘Oh my Gosh.’ I was scared. The first time I met him was in our facility I almost bumped into him. I almost did a double-take, like ‘Wait a minute, you’re Tom Brady.’ I called my mom right after and told her I met him.”

Future Hall of Fame tackle Joe Thomas can’t imagine the pressure of filling Wirfs’ shoes. One missed block that leads to a Brady injury and …

“That’s like the first thing on your Wikipedia page: This guy ended Tom Brady’s career,’” Thomas told The Post. “You don’t want to be that guy. I remember how stressed I was as a rookie and I wasn’t blocking for any Tom Bradys. I can’t imagine on top of that feeling the accountability as a bodyguard from Day One for maybe the greatest North American sports figure of all-time.”

“I wasn’t angry that I was the fourth tackle taken,” Wirfs said. “I wouldn’t have been surprised by any order we went.”

The Giants were determined to find a long-term left tackle in the draft and projected Wirfs as a better guard or right tackle who would struggle with the footwork on the other side, team sources told The Post. In one season, Wirfs went from picked fourth to ranked first: No. 11 among all offensive tackles – 20 spots ahead of Becton, with a wider lead on Wills and Thomas – by Pro Football Focus.

The Buccaneers traded up one spot to secure Wirfs at pick No. 13.

“You didn’t know who else was going to move up to get him,” coach Bruce Arians said. “We had him ranked the highest guy and he’s been nothing but a dream come true for us. Extremely mature young man, great athlete, and he’s done a great job blocking just about everybody they put in front of him.”

Anyone not yet sold on Wirfs likely believes one of two things: Right tackle is easier than left tackle, which Joe Thomas says is “kind of outdated” thinking because defenses nowadays will rotate top pass-rushers to take advantage of a favorable matchup.

Or Brady makes mediocre linemen look really good with his feel for the pocket and quick release.

“When I heard early on that Wirfs was playing well, I was like, ‘Of course. Look at his quarterback,” Thomas said. “Then I watched him: It’s not just because he’s blocking for Tom Brady.

“He’s very patient in his pass set, which is something you don’t see with a lot of rookies. He’s got great balance. He doesn’t get over-extended. He rarely gets himself in bad positions. Those are all things you see from veteran offensive tackles, but for him to master that early in his career is very impressive.”