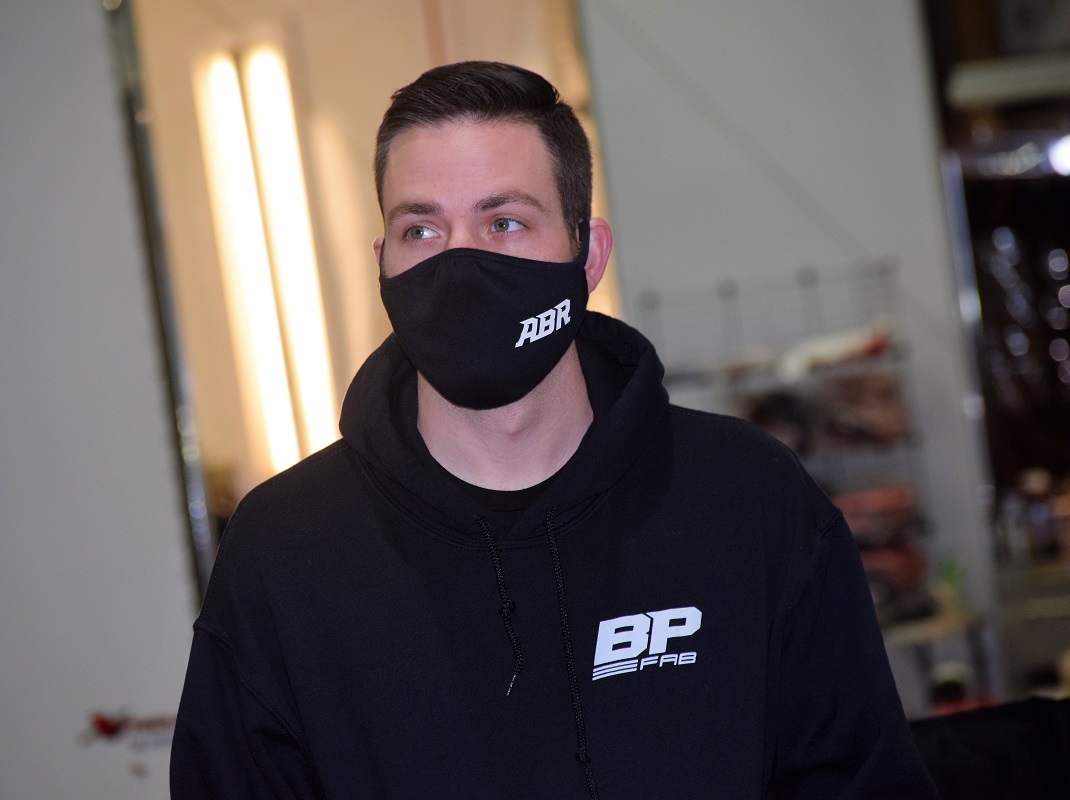 In addition, Bowman revealed that renowned mechanic and longtime engine builder Joe Gaerte has joined ABR to serve as crew chief and team manager for the team’s sprint car and midget endeavors.

“I’m really excited that we’ve been able to bring Joe on board,” Bowman told SPEED SPORT when reached by phone. “We were looking for someone who could really steer the ship and be hands on, who could run things for us when I couldn’t be at the race track myself, and Joe came available after Kyle (Larson) closed down his sprint car team at the end of last year and was looking for something to do.

“He didn’t really want to do a full season, but he did want to run 30 or so times and that’s just about the schedule that we were looking to do as well,” Bowman added. “It all worked out well, I think.”

In all, Leary plans to pilot Bowman’s Valvoline-backed sprinter in 16 races, including the Brad Doty Classic at Attica (Ohio) Raceway Park and Kings Royal week at Ohio’s Eldora Speedway in July.

“C.J. and I have been friends for a while and he tested the car for us last fall (at The Dirt Track at Charlotte) when we’d just finished putting it together,” Bowman said. “We always have fun racing together and C.J. has wanted to do a little more winged stuff as well, so we talked and were able to make a pretty good schedule of races around his USAC obligations that I think is pretty strong.

“He’s not afraid to get up on the wheel and I think he and Joe will work well together.”

Bowman will pilot his own sprint car in four races during NASCAR’s mid-summer break for the rescheduled 2020 Olympics at the end of July, with the blessing of his NASCAR Cup Series team owner, Rick Hendrick.

The Arizona driver will take the wheel on back-to-back weekends in Ohio, racing at Attica Raceway Park and Fremont Speedway on July 23-24 and returning to the two tracks on July 30-31.

“That break in the NASCAR schedule was really where it made sense for me to try and run and I’m really excited about it,” Bowman tipped. “I think it’s going to be a good time. I don’t expect to go out and get any results that would be super notable, but for me to get used to the winged car and find the feel I need, we thought a few local shows would be good to go out and hopefully make a couple features.

“Dirt racing is something I’ve wanted to be able to do again (during the year) for a while now; this was just the right opportunity to be able to put all the pieces together.”

The surprise on the schedule for Alex Bowman Racing was a slate of four asphalt midget races, with 38-year-old athletic trainer and past USAC midget and sprint car champion Josh Wise coming out of retirement to race a quartet of shows at the .686-mile Lucas Oil Raceway in Brownsburg, Ind.

Wise serves as Bowman’s fitness trainer and the pair have been longtime friends in the NASCAR community. The asphalt midget event at LOR on May 28 will mark Wise’s first competitive start since a NASCAR Cup Series race at Texas Motor Speedway in November of 2016.

“When we first started putting a pavement midget together, the plan was that maybe I would run it, but Josh was … I guess you’d call him my idol growing up; I really looked up to him and he was a badass in USAC when he was racing there full time,” said Bowman of Wise. “When IRP (Lucas Oil Raceway) announced their shows for this year, I thought of Josh … because he always said that the one type of car that would bring him out of retirement was a pavement midget.

“He asked his wife and she said it was OK … and now here we are,” Bowman added. “He keeps telling me he’ll do the first one and see how he does — so maybe I’ll end up back in (a pavement midget) for a race at the end — but I think Josh will do just fine.”

Notably, one event — the Nov. 4-6 World of Outlaws World Finals at The Dirt Track at Charlotte remains on the ABR schedule without a listed driver as of this week.

“I honestly don’t know what we’re doing (for Charlotte) yet, but we’ve got time to figure that out,” Bowman explained. “That week, C.J. is scheduled to be out west with USAC (for the Budwesier Oval Nationals) and, hopefully, we’re fighting for a Cup (Series) championship out in Phoenix so that I definitely wouldn’t be able to race it … but we’ll cross that bridge and figure out specifics as it gets a little closer. There’s a lot of season for things to change and develop on that front.

“If Perris (Auto Speedway) gets canceled again, likely C.J. would race it, but it’s too early to tell.”

Bowman’s main goal with his team’s schedule this season is simple: enjoy what they’re doing.

“This is about me wanting to have fun racing with my friends,” Bowman noted. “I don’t envision ABR ever being a full-time team … because that’s not the goal I had for it when I set out to do this.

“It’s probably gotten a little bigger than I expected it to, but we’re having a lot of fun right now.”