Protect Your Immune System Today!
Home U.S As GameStop fizzles, one hot part of the market gets even hotter
U.S

As GameStop fizzles, one hot part of the market gets even hotter 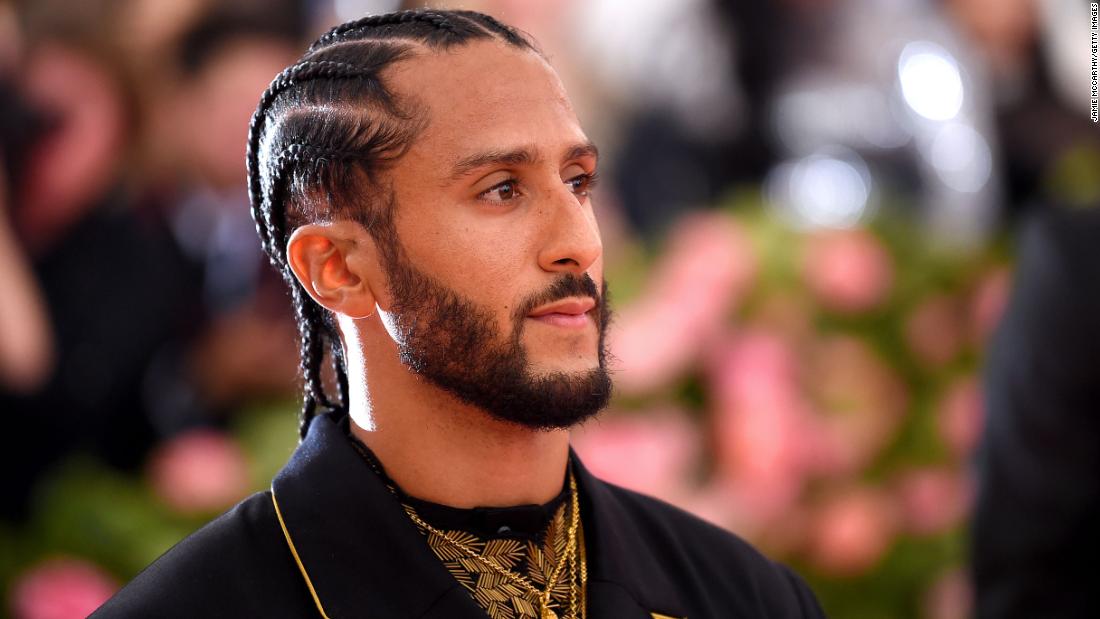 What’s happening: Former San Francisco 49ers quarterback Colin Kaepernick is among the latest to get in on the trend, in which investors back “blank check” companies that then go hunting for acquisition targets.

Kaepernick will serve as co-chair of Mission Advancement Corp., which is seeking to raise about $250 million to invest in socially-conscious consumer brands.

“We believe a company’s clarity around its values can transform a business and rally a movement around social causes that benefits all stakeholders,” the firm said in a regulatory filing published Tuesday.

Big picture: Blank check companies like Kaepernick’s have cropped up left and right over the past year, as investors — flush with cash and searching for returns, thanks to loose central bank policies — look for more creative places to park their money.

Enthusiasm has only increased in 2021. Per Goldman, SPACs raised $16 billion during the first three weeks of 2021 — and a spate of new filings since then indicates the pace isn’t letting up.

Former New York Yankees star Alex Rodriguez is looking to raise about $500 million for his SPAC, Slam Corp, according to documents filed with the Securities and Exchange Commission last week. On Tuesday, Rocket Internet co-founder Oliver Samwer said his SPAC would raise $250 million for deals outside the United States.

There’s more: Hedge fund Elliott Management has been meeting with bankers about potentially raising more than $1 billion via its own blank check firm, the Wall Street Journal reports.

Some SPACs have already identified takeover targets. Many have been in the transportation sector. Wheels Up announced last week it would go public by merging with a SPAC in a deal that values the private aviation company at $2.1 billion. Hyzon Motors, which makes hydrogen-powered trucks, buses and coaches, announced its public market debut via a SPAC merger on Tuesday.

But analysts worry there are now too many people trying to nail down a limited number of solid investment opportunities. At the end of January, Goldman warned that there were an estimated 265 SPACs with $82 billion to blow searching for acquisitions.

That’s causing some hand-wringing among those watching markets for signs that sentiment is getting out of control.

“In our portfolio manager conversations, the boom in SPAC issuance has often been cited as an example of exuberant investor behavior,” David Kostin, Goldman Sachs’ chief US equity strategist, recently told clients.

Kostin acknowledges that SPACs have a “low opportunity cost” with US interest rates near zero. But the space is undoubtedly getting more crowded by the day, as hedge fund managers, tech bosses and athletes throw their hats in the ring.

The company said Tuesday that it had 192 million users who can be served ads on the platform at the end of last year, up 27% from the year prior, but lower than what Wall Street analysts were expecting.

In a letter to shareholders, Twitter (TWTR) said product changes around the election dented its user numbers last quarter.

Remember: Ahead of November, the company introduced a number of changes to its product in an effort to clamp down on misinformation.

Twitter acknowledged that some of the changes were “very effective,” while others were “less effective and, as a result, have been discontinued.”

CEO Jack Dorsey emphasized Tuesday that Twitter “is obviously much larger than any one topic or any one account,” adding that 80% of its audience is outside the United States.

Investor insight: Shares are up nearly 7% in premarket trading, and have climbed nearly 67% in the past 12 months. User growth could slow in the coming quarters, however, as the pandemic-related boost wears off.

GameStop shares plunge back to Earth

Meanwhile, attention is shifting to regulators, who are trying to determine what, if anything, can be done. Treasury Secretary Janet Yellen has been meeting with federal officials to examine what happened and ensure “recent activities are consistent with investor protection and fair and efficient markets.”

Robinhood CEO Vlad Tenev, whose company is under the microscope after it restricted GameStop trades in the middle of the melee, defended the app’s business model in a blog post Tuesday — including what’s known as “payment for order flow,” where market makers like Citadel Securities pay Robinhood to execute trades.

“A handful of large firms now execute the majority of trades in financial markets. Those so-called market makers can more efficiently process trades at a narrower band of prices. Among those who benefit? The everyday investor,” Tenev wrote.

It’s an issue that could come up during a virtual hearing convened by the House Financial Services Committee scheduled for next week. Rep. Maxine Waters, who chairs the committee, has not yet announced if witnesses will appear, but Politico reports that Tenev is expected to testify.

Coca-Cola (KO), GM (GM) and Under Armour (UA) report results before US markets open. Uber (UBER) and Zillow (Z) follow after the close.

Also today: US inflation data for January posts at 8:30 a.m. ET as policymakers debate whether another round of stimulus could boost prices.

Facebook
Twitter
Pinterest
WhatsApp
Previous articleThe man behind Fortnite is making the riskiest bet of his career. The payoff could be huge
Next articleDallas Mavericks have stopped playing national anthem at owner’s request

Negotiations over the Special Measures Agreement, or SMA, had badly strained the US alliance with South Korea during the Trump administration after former...
Read more
U.S

It all began when "some individuals" arrived at a vaccination site in Florida City, about 40 miles south of Miami, and told staff...
Read more
U.S

Wall Street is growing increasingly nervous about rising bond yields, which could make borrowing more expensive. That could eat into corporate profits, which...
Read more