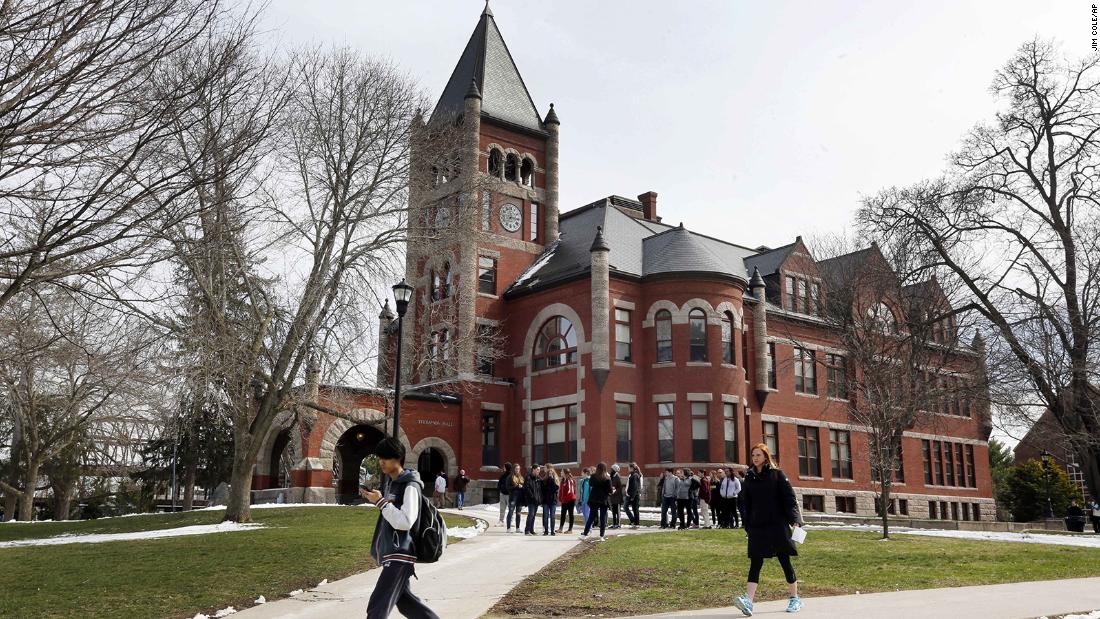 But the consequences of such trickery are complex — and thus can be more unsettling than the simple shock value suggests.

The school announced on Thursday that the faculty member has resigned.

In September, the country learned about CV Vitolo-Haddad, a graduate student at the University of Wisconsin-Madison who resigned from a teaching position after admitting on social media that they falsely claimed to be a person of color.
Just the week before, there was the revelation about Jessica Krug, a former professor at the George Washington University who posed as Black throughout her professional career.
In August, Twitter suspended the account of BethAnn McLaughlin, a former professor at Vanderbilt University who, among other things, fabricated an account on which she took on the identity of a Native American woman.
And of course, any mention of racial deception recalls the head-spinning journey of Rachel Dolezal, the activist and former Eastern Washington University professor who in 2015 was revealed to be cosplaying as a Black person.

But the above stories’ structural uniformity obscures how the injury caused by racial fraud varies.

In some instances, there’s the unique cruelty of trafficking in corrosive, timeworn stereotypes of people of color.

For example, the former University of New Hampshire professor conjured up the image of non-White immigrants as antediluvian, as archly conservative — as resistant to the noble ambition of bolstering equality.

Krug’s deceit was both knottier and not. On the one hand, she sought refuge in the US’ general benightedness regarding race and ethnicity.

“The places Krug chose to identify with — North Africa, the West Indies, East Harlem, the Bronx — cannily preyed upon a certain American laziness when it comes to parsing race beyond Jim Crow,” the Northwestern University professor Lauren Michele Jackson wrote in September.
On the other hand, Krug’s performance of her bogus identity was often one-dimensional. At one point, she claimed to be “an unrepentant and unreformed child of the hood.”
The description was striking both in the flat manner it chose to “legitimize” Blackness, and in the queasy suggestion that being from the hood is something to correct, as my CNN colleague Leah Asmelash and I discussed last year.

In other instances, racial fraud inflicts damage that’s much, much more personal. Ask students — or, really, anyone who made themselves vulnerable to anyone among the daisy chain of names above.

“The TAA (the University of Wisconsin-Madison’s labor union for graduate employees) enabled this harm by electing (Vitolo-Haddad) to a position of power in our union: We have unknowingly rewarded the toxic opportunism of performing Blackness. We intend to immediately begin the work of repairing this harm,” the group said in a statement.
“From the moment she came into the classroom, I was in awe of her,” Anmol Goraya, who took a class with Krug in 2019, told CNN in September. “And I’m just shocked that it was such a complete lie.”

“It was the last thing on my mind to think she was lying. I would think I had the details confused,” Goraya added.

Or here’s Jacqueline Keeler, the editor of the Native-led magazine Pollen Nation, speaking in the aftermath of the McLaughlin scandal: “These people are centering themselves in our issues, they are heading Native American departments, they are telling Native students what they can and can’t study — it’s to protect their own position,” Keeler said. “And so it does change our ability to advocate for ourselves when we are constantly being replaced by frauds, White people or other people of different backgrounds pretending to be us.”

And this is to say nothing of how racial deception at times reanimates the notion that it’s somehow easier to be an academic of color — a belief that might explain why the issue appears to be prevalent in the academy.

Vitolo-Haddad told Inside Higher Ed that they benefited “socially” from misrepresenting themselves.

Of course, this thinking downplays the fact that academics of color often have to champion themselves in a majority-White environment that undercuts them — that views them as unworthy, their ideas as intellectually frail.

As the news of another academic who was pretending to be a person of color unfolds, it’s important to keep in mind that the consequences of this sort of racial deceit are more intricate than the initial narrative lets on.