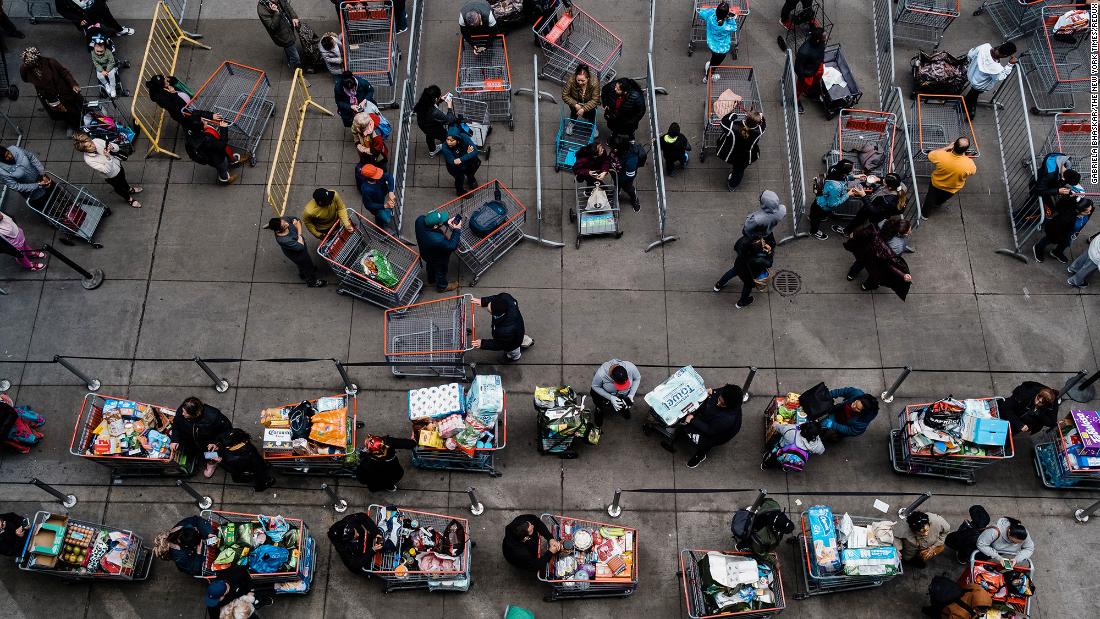 They each have wildly different origin stories: One is STAT, a five-year-old health and life sciences news site, launched as a sister publication to The Boston Globe. The other is The Atlantic, a 163-year-old brand known for its storied print magazine.

“I think we were uniquely positioned to cover this in an authoritative way and stay ahead of the curve,” Rick Berke, STAT’s executive editor and cofounder, told CNN Business. “This isn’t the kind of story you can throw a reporter on, and they’ll suddenly learn how to interpret clinical trial data or efficacy data.”

Yet in many newsrooms, that is exactly what happened. Journalists who covered sports, entertainment, politics, business and other subject matters had to become public health experts almost overnight. Many journalists had to face this new reality with the all-too-familiar backdrop of layoffs and diminishing newsroom resources, which was exacerbated by the pandemic’s effect on the economy. To make sure the public saw this flood of reporting, paywalls were taken down, leading to traffic surges. Some readers hungry for reliable information converted to paying customers, giving the local news industry a much-needed boost. Television news and legacy newspapers like The New York Times (NYT) benefited too.

The journalism from STAT and The Atlantic stood out. Rather than race to break news or go for quantity of stories, they each focused on explanatory pieces about the realities of the pandemic. They also produced prescient stories that predicted the pandemic’s impact and continued to do so after it took hold in America.

The leaders of both newsrooms used the same word, multiple times, to describe the source of their success: ambition.

“We are here to tell stories that matter and make a difference and help people,” said Adrienne LaFrance, executive editor of The Atlantic. “We want to run toward complexity and maximize ambition.”

From Boston, with authority

The Boston Globe owner John Henry launched STAT in 2015 as a separate site dedicated to health and science coverage. He was inspired by the belief that the field is undercovered and that Boston has the advantage as the industry’s epicenter, said Berke. They have since assembled a team of nearly 40 reporters and editors who have built a following of loyal readers in related industries and academia.

But the vision for STAT was always to appeal to a larger audience; the pandemic just helped STAT get there. STAT’s site was averaging 1.5 million unique readers a month until last March when that number skyrocketed to 23 million. Now, the site is averaging more than 7 million uniques per month, Berke said.

STAT reporter Helen Branswell is one of the in-house experts on infectious diseases, having covered Ebola, Zika and SARS. Branswell was one of the first journalists to ring the alarm on the potential impact of Covid-19. She was awarded the George Polk Award for public service in February.

“I remember Helen told me when we were still in the office that she and I should consider starting to work from home. The idea of not coming to work because of the disease still seemed foreign to me,” STAT reporter Andrew Joseph told CNN Business. “She was way ahead.”

Joseph has since spent the past year working from home, collaborating with Branswell and other colleagues on pandemic coverage. They recently co-bylined a piece with headline, “The short-term, middle-term, and long-term future of the coronavirus.”

My stories are “not beautiful pieces of writing, but I think people have found them helpful and useful,” Joseph said. “It’s helpful for people to get their heads around what might be coming or why things are happening the way they are.”

What to know next

The Atlantic similarly focused their attention on explaining what’s next, as Ed Yong did with his March 25 piece “How The Pandemic Will End” Other prescient headlines in 2020 were “Coronavirus Is Coming—And Trump Isn’t Ready” on January 30, “You’re Likely to Get the Coronavirus” on February 24, “Cancel Everything” on March 10 and “The Pandemic Seems to Be Hitting People of Color the Hardest” on April 6.

Yong, who was awarded the George Polk Award in the science reporting category, told CNN Business last April that his editorial mandate was to “swing big and take your time.”
Among The Atlantic’s early reporting efforts was uncovering data on the virus: how many people were being tested and how many were infected. That led to the launch of The COVID Tracking Project, which The Atlantic reporter Alexis Madrigal co-founded and spoke extensively with CNN’s Brian Stelter earlier this month about the conclusion of the project.
Data “really was this Achilles’ heel of US pandemic preparedness, which was considered to be the best in the world,” Madrigal said on CNN’s Reliable Sources podcast. “It was all predicated on good data, which then turned out not to exist.”

Insights gleaned from The COVID Tracking Project were used for The Atlantic stories, and Madrigal said that will continue to be the case even as the data tracking stops.

“I think it was a bold move to let us run with something that really required a ton of freedom,” Madrigal said. “The Atlantic showed a tremendous amount of faith, and I have all the respect in the world for that.”

Both STAT and The Atlantic saw a boost in subscriptions over the past year, even when they put much of their Covid-19 coverage outside their paywalls.

LaFrance said The Atlantic’s launch of a digital paywall put the publication in an ideal position to cover the pandemic. She saw the spike in subscriptions as a “signal” that their content was resonating with readers.

“It’s always nice to have your colleagues in the industry praise your work, but where it really felt most meaningful was just getting flooded with comments from new subscribers saying they couldn’t make it through the pandemic without us, that we helped them get through this difficult time and make good decisions and that our writing is beautiful,” LaFrance said.

STAT’s subscriber base grew 56% over the past year, Berke said. He declined to disclose STAT’s total subscription numbers.

“The total doesn’t change our revenue stream in a huge way, but it’s helped,” Berke said. “I think it made people feel good about what we were doing and about the journalism.”

Berke said back when he attended in-person conferences people told him they loved his media outlet or had not heard of it. Now, he expects more people will have heard of STAT.

Facebook
Twitter
Pinterest
WhatsApp
Previous articleRussian hockey player, 19, dies after being hit by puck
Next articleA concerning variant is about to become dominant in the US, experts say, and how Americans act could help fuel or curb a surge