Protect Your Immune System Today!
Home U.S Advocates for the elderly call on Biden administration to do more to...
U.S 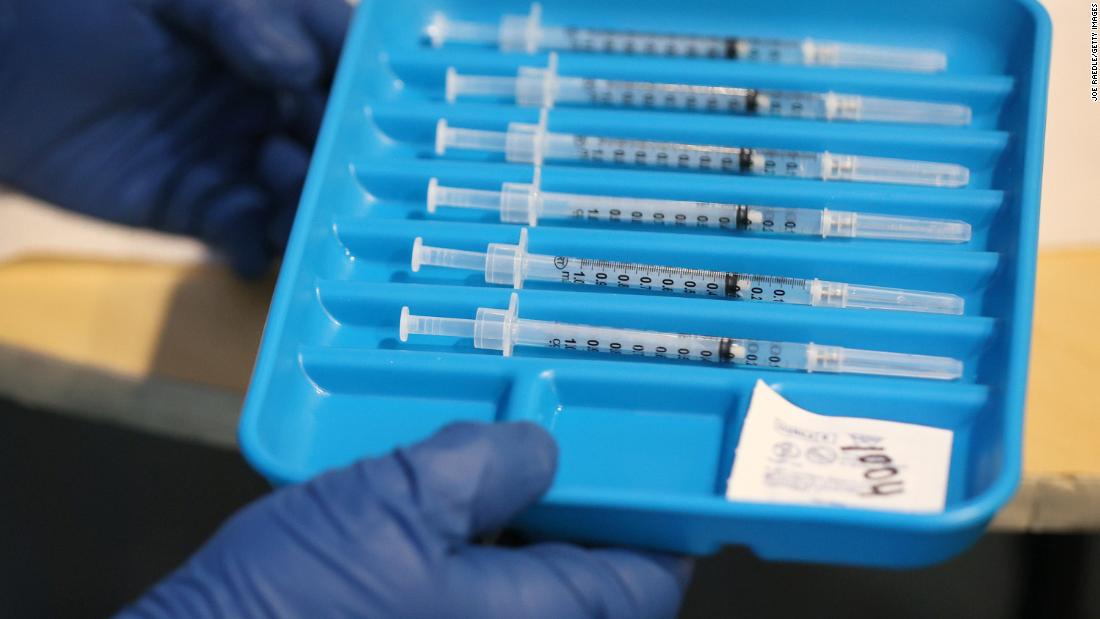 As of Tuesday, more than 43% of Americans 65 and older are fully vaccinated against Covid-19, according to the CDC. But that leaves more than half, 57%, unprotected. Advocates are worried about current and future residents in these programs.

There are also pockets of the elderly population who were missed by vaccination programs; there are just as many homebound adults as nursing home residents, but the federal government’s nursing home vaccination campaign did not reach them.

“We are really in need of a follow up pathway to provide nursing homes with continued access to vaccines, because not only did the residents change over through either discharges or new residents coming in, the staff does too,” said Christopher Laxton, executive director for the Society for Post-Acute and Long Term Care Medicine. His organization was not among those that wrote this particular letter, but it has been working with several of these groups and others to develop options for when the federal vaccination program ends.

“There isn’t a really clear path forward to give these folks access to the vaccine, so we’re concerned about that,” Laxton said.

Vaccinating the elderly a complicated problem

A disproportionate number of elderly people have gotten sick and died in the pandemic. Nursing home residents, for instance, make up less than 1% of the population, yet they account for more than a third of Covid-19 deaths. That’s the loss of about 175,000 people.

Vaccinating this fragile population has been complicated.

Many of the elderly are not physically able to make it to a mass vaccination sites, and while long-term care facilities often do vaccination clinics for flu, the Pfizer and Moderna Covid-19 vaccines have been much more complicated to administer. The vaccines needed special cold storage, something most facilities don’t have.

With such limited supply, the Trump administration set up a program to address the elderly vaccination challenge and the CDC says it has paid off.
Weekly Covid-19 cases and deaths are the lowest in nursing homes since CMS started tracking the numbers last May.
“It’s one of the few times in public health where we actually get to see the fruits of our labor,” said Dr. Ruth Link-Gelles, team lead for the Pharmacy Partnership Program for Long-Term Care, CDC’s Vaccine Task Force.

Since December, the program has delivered 7.6 million doses. That includes both first and second doses. In total, Link-Gelles said, the CDC has done more than 168,000 clinics in about 63,000 facilities.

There is still work to do. About 80% of residents opted to get the vaccine but there was some serious hesitancy among the staff. Only about half of staff got vaccinated.

The program also did not reach the elderly in non-long term care settings like seniors who live on their own or with family.

“There were some real top logistical hurdles to get over to vaccinate homebound individuals,” said Link-Gelles.

One big reason — once a vial of either a Pfizer and Moderna vaccine was thawed and punctured, it could not be transported. A 10-dose vial would be wasted if it was used on just one homebound resident.

The introduction of the single-dose Johnson & Johnson vaccine, which doesn’t need special storage, should make reaching this population easier, Link-Gelles said, and state and local efforts are underway to reach these populations.

Supply of the J&J vaccine still remains a challenge, although J&J said at a congressional hearing in February that supply will grow significantly in the next few months.
At the same hearing, Pfizer said it planned to have an additional 80 million doses by the end of May. Moderna testified it would double its shipments by April.

Supply increase will change how the elderly get vaccinated

Because of the expected supply increase, Link-Gelles said the US government will move away from the current system that has reserved vaccines for the elderly. Instead, there will be a few different routes for facilities to access vaccines.

Some new funding in the American Rescue Plan that Biden signed into law March 11 will also help the CDC provide technical assistance to states to set up mobile clinics to help access some of these hard-to-reach populations.

Link-Gelles thinks that as vaccines become more readily available in the community, facilities will protect current residents and staff by requiring incoming residents, and possibly even new staff, to get vaccinated before coming into the facility. A Covid-19 vaccine could become a routine part of the hospital discharge process before a resident is admitted into long-term care.

“There will be a lot of different options,” Link-Gelles said.

Still some elderly advocates want the government to do more.

In the letter to the Biden administration, the groups argued that vaccination clinics are badly needed at residential communities, adult day health and Program of All-Inclusive Care for the Elderly, also known as PACE programs. Many of these providers don’t have a relationship with a long-term care pharmacy.

“You can imagine there’s a lot of a lot of concern, a lot of anxiety,” said Ruth Katz, the senior vice president of policy for LeadingAge, an association of nonprofit providers of aging services. “I’ve been in long term care work for a long time. With a lot of issues, it sort of feels like we are the Cinderella of the health care system waiting to get to the ball. Long-term care is often the afterthought.”

Before there is a steady supply of vaccines, the coalition also wants the Biden administration to designate people who work with the elderly as a priority group for vaccines, just as the administration did with teachers.

AARP has also written to the Biden administration and Congress to make sure that there is transparency about who, exactly, is vaccinated.

“We need better data about vaccinations in these facilities,” said Rhonda Richards, who is senior legislative representative in government affairs at AARP. “That way information is available publicly for residents and families who may be looking at a facility. Transparency is really important.”

Richards hopes the country will do even more to protect the elderly, not just with vaccines. The “harrowing and horrible” numbers of elderly lost during this pandemic pointed to big flaws in a system that is supposed to keep the elderly safe, she said.

“This is an outrage and national disgrace and there should be action at both the federal and state levels to address the issues that were identified during the pandemic at these facilities,” Richards said.

Staffing shortages and infection control problems were a concern even before the pandemic, but Richards said she hopes the system can do better.

“We need to keep the pressure on and make sure there is accountability and real action so we never lose this number of people in these facilities again,” Richards said. “This shouldn’t happen.”