Protect Your Immune System Today!
Home U.S $50 billion in rent relief is up for grabs. These landlords are...
U.S

$50 billion in rent relief is up for grabs. These landlords are working with tenants to get help 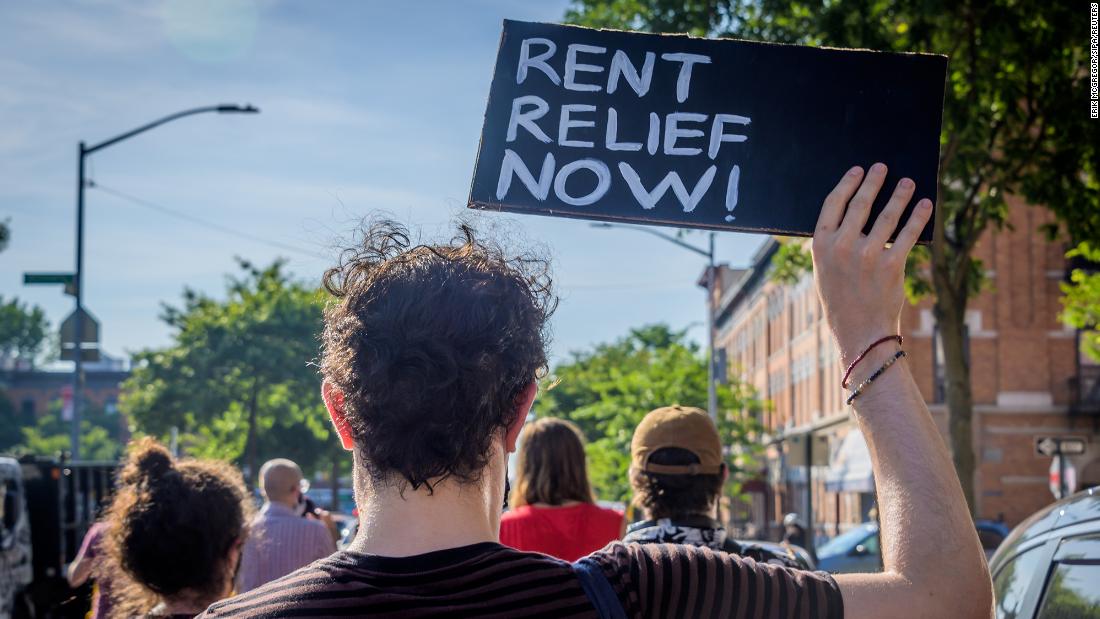 “I’m good at finding a job,” said Boggs. “I can usually find one in two weeks tops. But it was really hard. We were both trying to find jobs. And we’re new parents. It was scary.”

So they did something they say made a huge difference in getting them back on their feet: They told their landlord they were in trouble.

“They were patient with us and gave us a ton of resources to call for rent relief and food pantries,” Boggs said about her landlord.

The application for rent relief funds was confusing and difficult, Boggs said, but her leasing office answered her questions and even reached out to funding sources on her behalf.

By the beginning of this year, they were four months behind on their $674 a month rent. But they got a bit of good news in mid-January. Herndon was rehired by his former employer and Boggs found a job at a gas station. Both earning more than before. That same week their rent relief money came through, covering their back rent.

“There was this whole awful storm, then this rainbow,” Boggs said.

Landlords and tenants team up

Typically, rent relief is supposed to bridge a temporary loss of income and help keep renters in place. But massive job losses due to the pandemic have made the need for relief even more critical. Now there is a race to dispense nearly $50 billion in federal aid into communities to cover months of back rent before eviction protections expire.

“Direct financial assistance has been shown to be the most effective approach toward keeping apartment residents safely and securely housed and to preserving the stability of the rental housing industry,” said Bob Pinnegar, president and chief executive officer of the National Apartment Association, which advocates for the rental housing industry.

Money is currently being distributed from the $25 billion in rental assistance from the December stimulus package (the $21.5 billion from the American Rescue Plan Act has yet to be distributed), which can cover an eligible household’s rent and utilities for up to 15 months. There are at least 146 relief programs operating now, including 30 that are statewide, 78 county programs, 34 city programs and four territory and tribal programs, according to the National Low Income Housing Coalition, which tracks the groups distributing aid.

While the tenant typically initiates the request, this batch of aid allows the landlord to start the process. That helps everything move along much more smoothly since property owners may be better equipped to handle paperwork and provide documentation, said Greg Brown, senior vice president of government affairs for the National Apartment Association.

“There is a role to be played by the landlord, it is important and they want to play it,” said Brown. “That’s why it is disturbing that we are hearing about some places where the landlord is not able to apply on behalf of the tenant. It slows it down, doesn’t make the best use of the time or money we have.”

But for tenants, wending through the ad-hoc, evolving system of programs distributing rent relief money can be a full-time job. That’s why many landlords are trying to help.

Don Brunner, the chief operating officer at BRG Apartments, which owns the building where Boggs and Herndon live, said that no one in their properties should be struggling to access rent relief given the amount of aid available and the company’s willingness to work with tenants.

“What we found is that everyone that wanted rental assistance got rental assistance,” Brunner said. “The problem we have is with residents that do not try. If a resident communicated with our office, we worked with them. We would call each resident. Do they need anything? What is their rent situation?”

Brunner said BRG Apartments helped struggling tenants fill out paperwork and connect with rent relief companies. The company, which owns and operates 8,000 units in 45 properties in the Cincinnati, Dayton, and Columbus areas of Ohio, as well as around Louisville, Kentucky, even created its own fund to support residents who fell between the cracks and were not eligible for outside support.

“The biggest challenge is to explain to residents who aren’t communicating with us that they are missing out,” Bruner said. “There is money to be had. It is a matter of going through the right steps to get it. We want to work with tenants to do that.”

Many landlords are going on a year without receiving payment from some tenants. They see rent relief as a critical way to keep tenants in place and their operation moving.

“We have taken a very aggressive approach to rent relief,” said Stephanie Graves, who owns and operates several multi-family buildings in the Houston area and is co-founder and chief executive officer of Q10 Property Advisors. “We send out weekly emails, text messages, fliers. We even set up computer centers inside our offices so residents can come in and apply for rent relief online.”

And while she’s had more luck receiving rent relief than other property owners she knows, she says it can still be a struggle to get residents to apply.

“When we can get them in the office, we can help get them through the process,” Graves said. “They have to scan documents, you have to get copies. It is so complicated. And every program is different. You can’t put all of that on the resident who is already delinquent, who is looking for a job. Half of them throw their hands up and say, I’m not going through all that.”

But her outreach has a limit. Ultimately, things work out better for the tenants who engage, said Graves.

“Our policy has been, if you aren’t paying your rent and you go dark, we can’t let you live in an apartment and not pay while your neighbor does,” she said. “If you don’t call us or talk to us, we will file an eviction. If you have a CDC declaration, we may fight it. When we have to evict someone, I want to be sure that we have done everything on our end to help them.”

She said she challenged the CDC eviction moratorium protection on three tenants she sought to evict and won all three cases.

“We want people to live in apartments,” Graves said. “It costs us less money to keep someone there that we can get help for. But when all efforts have been exhausted, we have to be able to get someone out of an apartment when they aren’t paying. They are stealing.”

Still struggling to catch up

One of the tenants Graves and her company are working with is Andre Franklin. He earns $800 every two weeks working at a school. But after taxes and medical insurance are taken out, his take home pay comes to $314.

“That doesn’t even cover a quarter of my rent and bills,” he said. But still, he says, he pays what he can toward his rent to stay in good standing.

Franklin, 30, began the pandemic working at a call center, which paid him enough to afford his rent of $1,059 a month. But after he lost that job in August, he quickly found another one working as a paraeducator in a public school. The problem was it paid about $10,000 less a year.

When he fell behind on rent in September, he let his leasing manager know.

His leasing manager told him about the Texas Rent Relief program, through which he was able to get his back rent paid for September to December. But immediately he fell behind again.

“Even if they pay to cover the months they promised, I’m still not able to pay the months ahead,” Franklin said, so he is continuing to apply for rent relief. “It is a catch-up game. I can’t get ahead.”

Programs offering state and local emergency rental assistance across the US can be found at the National Low Income Housing Coalition website. Other information on rent relief programs can be found at the Consumer Financial Protection Bureau website.

Facebook
Twitter
Pinterest
WhatsApp
Previous articlePractically everything is getting more expensive in America
Next articleGrab is going public in $40 billion SPAC deal, the biggest on record